Which part of human body sustains most pressure when standing up straight?

A reasonable guess is somewhere around the foot. But is it the ankle, the heel, or the Metatarsus?

It is logically clear that the ankle could only partly be analyzed in the group of joints that are below its height. There is no direct way to measure the pressure on ankle joint (on talus bone), but from the logic it is clear that it should be the point of highest pressure in the group of points lister in the question, however the pressure is distributed through the other joints of the foot.

Below are the graphs of pressure distribution according to surfaces (not joints). From the graph we can conclude that part of the pressure experienced by ankle joint distributed tangentially to metatarsal region and other surfaces.

Indeed the highest pressure in standing person in on feets. The term you are asking about is foot pressure distribution (FPD). 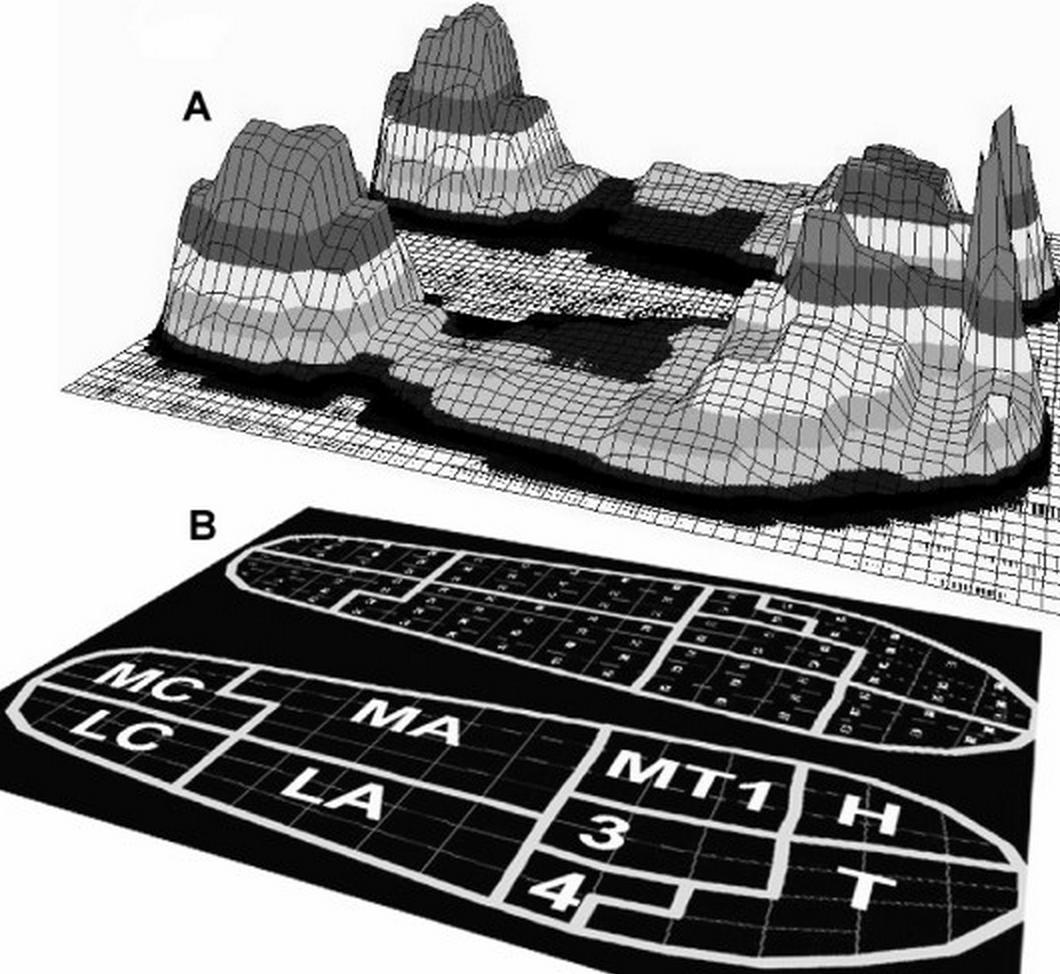 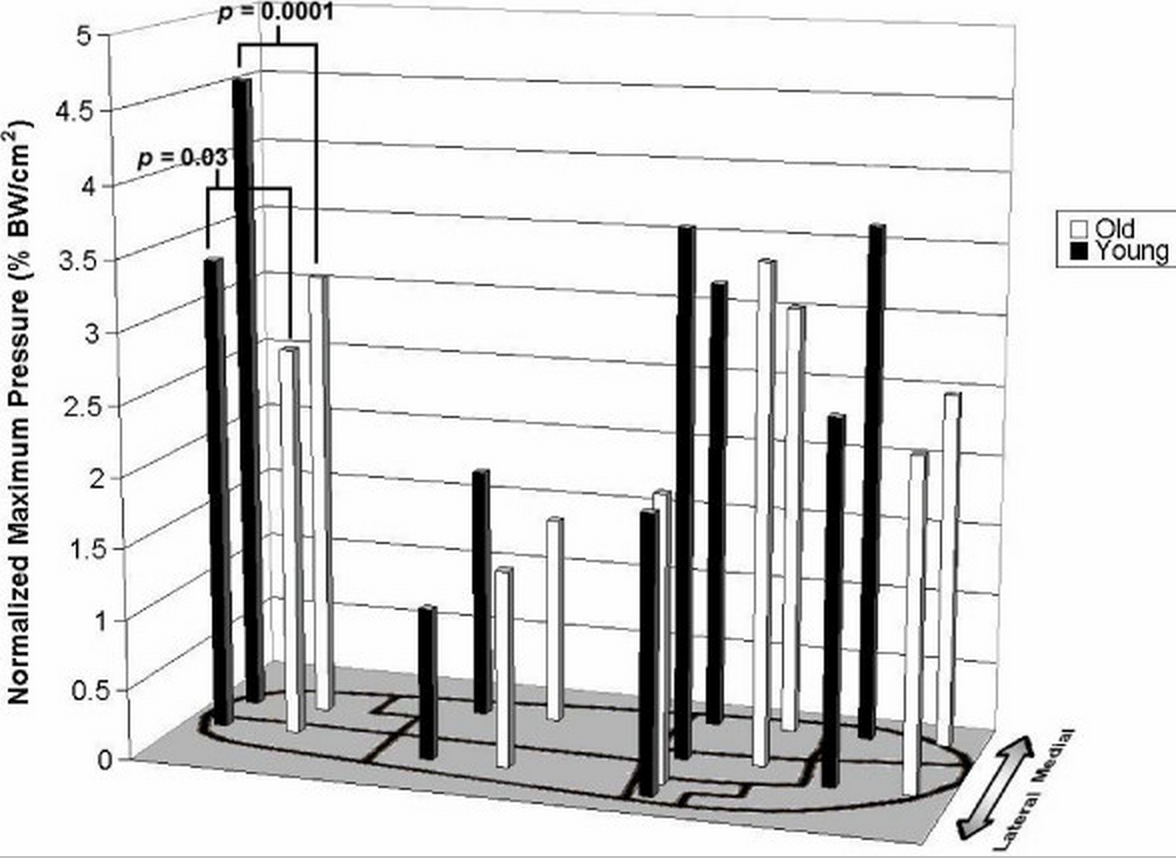 source article, you can find much more using FPD as a keyword.

Note that estimations in this answer are very very crude. I can speak with confidence that the mean pressure of ankel joint is greater than the heel and the metatarsus. However I do not trust that it can pin down the point with most pressure.

Kimizuka et. al. measured contact area of human ankle joints under various load-force configurations. The main results were shown in the graph below. 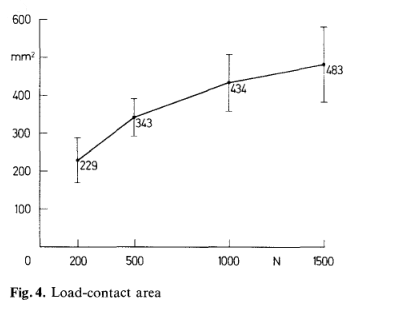 For a $70kg$ human, the contact area of each ankle is about $3cm^2$, whereas of each foot with ground surface is approximately $37 cm^2$. Please note that we include only the heel ($4cm\times4cm$) and the metatarsus ($7cm\times 3cm$) in above calculation, which sustain most pressure.

We can safely ignore the mass of both feet compared to the whole body. So it seems that ankle pressure is the clear winner here.

Not the answer you're looking for? Browse other questions tagged human-biology human-anatomy biophysics bio-mechanics or ask your own question.

10
Which part of human eyes is getting tired?
6
Highest Pressure Human Body Can Survive In?
3
What are the most efficient heat exchange sites on the human body?
1
In human anatomy / biomechanics, what is the motion called when the arm swings sideways so the elbow moves in an arc of 90 degrees?