Can a lizard shed a regrown tail again?

Some lizards are famous for their ability to voluntarily shed their tail to elude predators (Autotomy). After a while, the tail will be regenerated, though with slightly different qualities, as visible in this photograph: 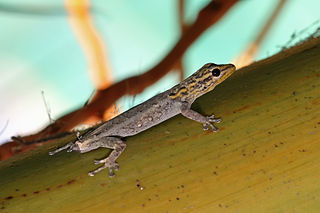 My question: Can this regrown tail be discarded again voluntarily, or is it a one-time feat?

Short answer: many species can drop a regrown tail again and again again, however a few can only drop it once, while some lizards cannot drop their tails at all. It all depends on the species.

According to this site the tail will only be able to be shed above the site it originally broke off. Although according to UCSB there are a few species of lizard that only have their tail grow back once.

Every site I've visited has said that the tail is nearly a completely different structure than the one it originally had. The original tail has "score marks" (fracture planes) which were studied by Sanggaard et al. (there are a few figures that you can see in their paper).

However, according to W. N. F. Woodland, D.Sc. (Lond.), there is no apparent limit to the amount of times a Gecko can drop its tail, "save the longevity of the animal". His paper goes into great detail, and has a lot of information about autotomy (limb dropping) of the gecko. I highly recommend going through it if you're interested.

So tail re-dropping looks like it primarily depends on the lizard that you're studying.

0
How do cats shed their fur?
4
What Aquatic Mammal has no Tail?
19
Do species other than humans have distinct daily feeding patterns?
6
Best tail for swimming?
6
Lizard species identification
3
what kind of lizard is this