I recently saw this beetle while on a trip in central Texas, USA (in a rural area just before sundown). The body was about 2-3 inches long (compare to nearby chair leg and floorboards) and had a long body. It was very vivid green, and its upper legs were very bright orange (which made me wonder if this is aposematism). Its antennae had very uniform half-circle arcs (instead of the uneven parabolic shape often seen in cockroaches and similar common insects) and didn't seem to bend besides being rotated ~5 degrees up and down.

It carried itself pretty high off the ground, perhaps half an inch between the belly and ground-level. It seemed to move fairly fast, but not as fast as a cockroach. It didn't fly in the few minutes I observed, and didn't seem like it could fly since the shell appeared solid, but I might have mistaken well-fitting sheaths for fused ones. 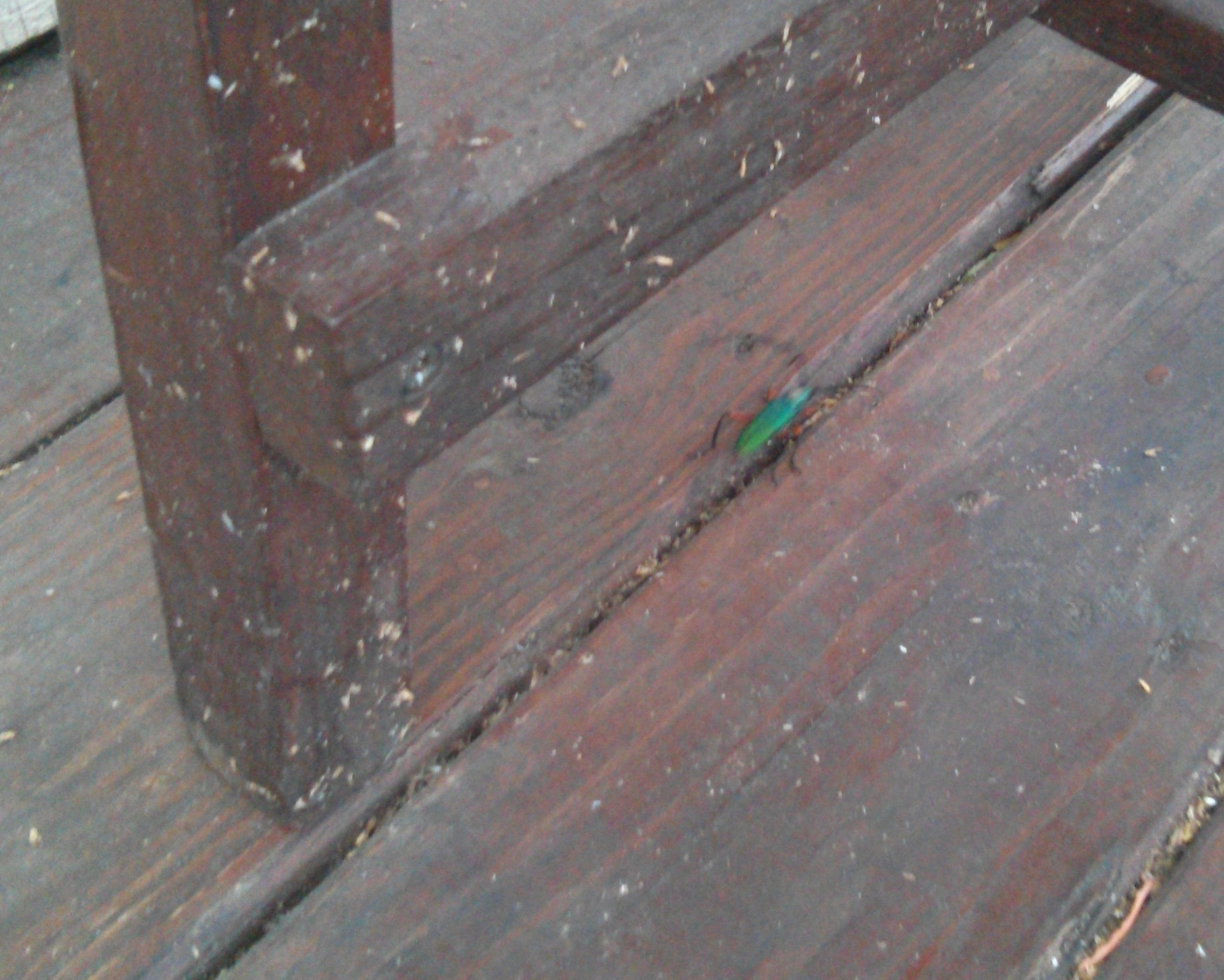 What is the most likely species? Is it poisonous?

I'm going to guess it's an Plinthocoelium suaveolens, based on the image found here, which I show below: 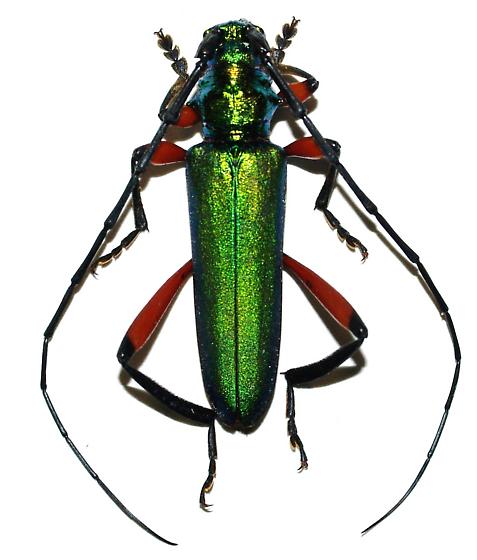 I found this link through a Texas beetle page here and is the best I can do from the image provided.

6
What insect is this? (Black body two orange lines in its back and six legs)
2
What kind of beetle is this (2cm long, brown, "V-shaped" body)?
9
What's this black, white and orange beetle?
2
Identification of beetle: black with orange stripe and 2 orange dots
4
Identify this black dragonfly with bluish coloration along its flat top, yellow on it's mid-body and green on its head
4
Identify this dragonfly with orange body and orange wings?
1
What is this insect? 6 legs and red body