I would like to view the chromatogram traces from a few ABI (.ab1) files. I would prefer to use python for this, or a function with python bindings, or at least some open source package such as EMBOSS.

If after viewing a plot I could also extract the plotted data in the form of an array, that would be a huge plus.

I have tried the relevant Biopython parser, but it only returns a list of nucleotides (not th actual chromatogram). I have also tried abiview, but I get plots such as this, which makes absolutely no sense: 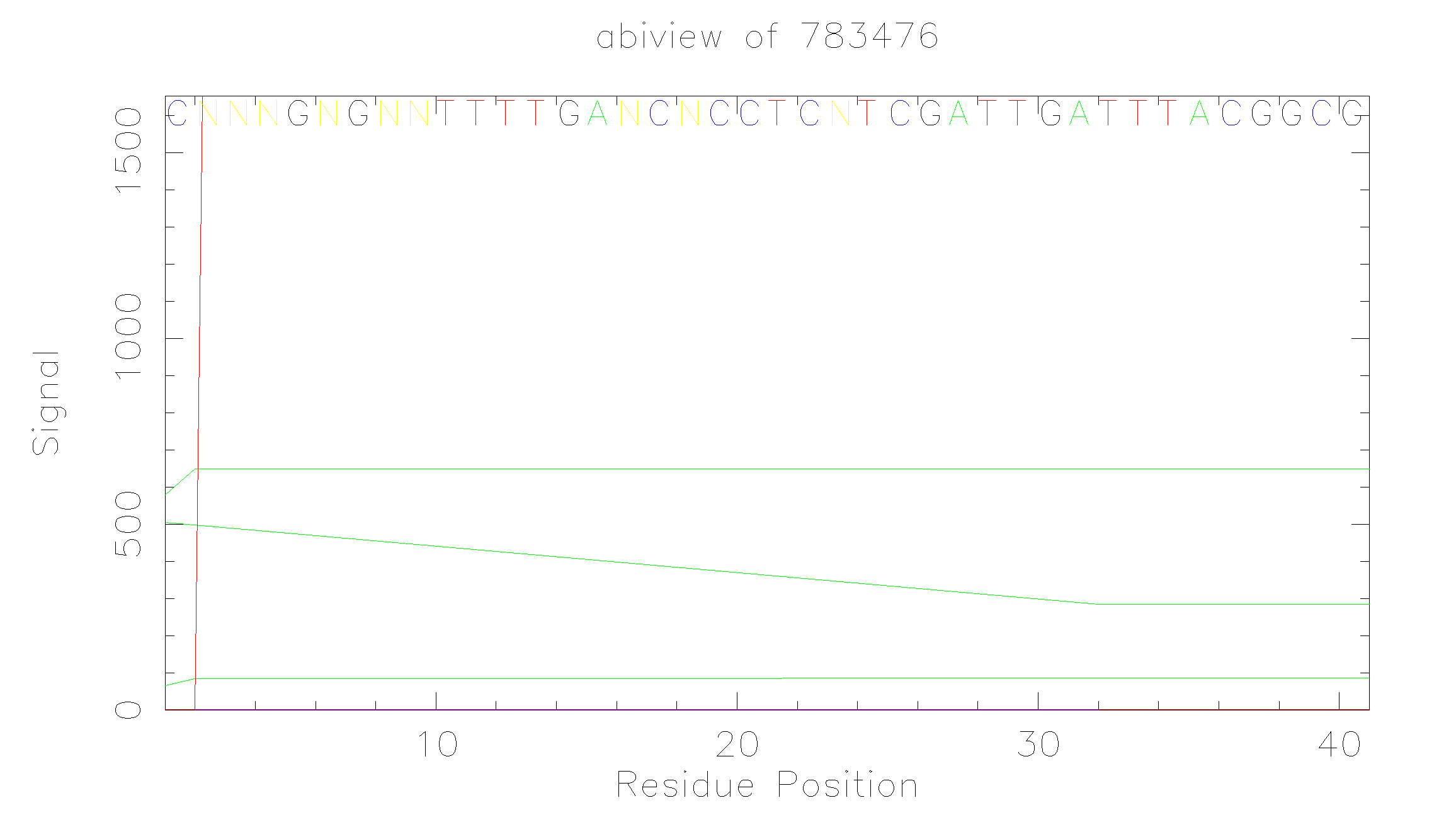 Could you help me out?

I would strongly recommend using Matlab, it does not read ab1 files directly, but it can if Staden tools are installed. The reason being is that the data is presented a lot better and there is documentation. I recently wrote a QQC calculation script in Matlab as proof of principle and I will rewrite it in python (due to server building) using it as a benchmark.

In Biopython the manual says:

And that is where it stops. It does have the data. The trace data is stored as annotations:

Specifically, the actual raw data is:

but wait! The bases are not ATGC. but GATC as found here:

Having played with ab1 files in Matlab using the command:

I know that there is not only raw data (Sample), but also probability data. The latter tells me where the peaks are (e.g. Probability.peak_index(100)) and how good they are. This will be very helpful. That data is saved here:

Note that it is a wee bit different from MatLab and there are keys called PLOC2 and PBAS2 which have the same data as their 1 counterparts from what I can tell.
For a more detailed explanation of the many keys present see the vignette for the R package sangerseqR, which does the same and is annotated slightly better than biopython —although scfread in Matlab is a lot more neater (hence my recommendation).

Not the answer you're looking for? Browse other questions tagged dna-sequencing chromatography biopython or ask your own question.

2
Do you have experience with PacBio?
6
Ni-NTA purification, problem with the chaperone protein
1
Primer Design With Primer-BLAST
3
Change Genbank entry date with Biopython
0
Online multiple sequence alignment with constraints
3
Clarify pre-column pressure vs. system pressure vs. backpressure for prepacked columns used with the äkta purification system
6
Is there a term for a procedure in which the chromatography column is washed with 20% alcohol