Why does mouldy food make you sick?

Bread gets mouldy pretty quickly. My parents (both of whom are nurses) throw out a loaf of bread after a spot of mould is seen (because "if you can see one spot, it means the whole thing is covered in mould spores") because they say you'll get sick if you eat it. The USDA also has a handy chart on it's mould page telling you when you should discard food with mould on it.

One of the most common toxins in mouldy food/bread is aflatoxin.

The exposure to high amount of aflatoxin can lead to acute aflatoxicosis with fulminant hepatic failure and even death.

While mild exposure to aflatoxin could be asymptomatic, it is better not to take a chance considering possible complications (citation from the link above):

Aflatoxins produce acute necrosis, cirrhosis, and carcinoma of the liver in a number of animal species; no animal species is resistant to the acute toxic effects of aflatoxins; hence it is logical to assume that humans may be similarly affected. A wide variation in LD50 values has been obtained in animal species tested with single doses of aflatoxins. For most species, the LD50 value ranges from 0.5 to 10 mg/kg body weight. Animal species respond differently in their susceptibility to the chronic and acute toxicity of aflatoxins. The toxicity can be influenced by environmental factors, exposure level, and duration of exposure, age, health, and nutritional status of diet. Aflatoxin B1 is a very potent carcinogen in many species, including nonhuman primates, birds, fish, and rodents. In each species, the liver is the primary target organ of acute injury. Metabolism plays a major role in determining the toxicity of aflatoxin B1; studies show that this aflatoxion requires metabolic activation to exert its carcinogenic effect, and these effects can be modified by induction or inhibition of the mixed function oxidase system.

Here's a bit of additional information (Although there's an answer from Ilan that satisfied you.)

There are two things to consider.

Majority of food poisoning is caused by bacteria, viruses, and parasites rather than toxic substances in the food. e.g. Staphylococcus aureas, salmonella, Bacillus cereus, three common types of bacteria that can lead to food poisoning.

Molds are neither plant or an animal. They are microscopic fungi. Some food molds produce toxins that cause allergic reactions and respiratory problems. And a few molds in the right conditions, around the Mycelleum, Mycotoxins are produced; poisonous substances that can make you ill. Mycotoxins also tend to affect more biological systems in our body than do pesticides or heavy metals, partly because fungi have the ability to dodge our immune system by rapidly mutating, while at the same time producing chemicals that suppress our immune system. (You will find more information Mycotoxins here.)

Mycotoxins as a group cannot be classified according to their mode of action, toxicology or metabolism. These vary according to the different chemical structures, sensitivity of the species to the toxin and also factors such as sex, age, health and diet. There are a large number of mycotoxins with a great diversity in their mode of action. Additionally, additive and synergistic effects can occur in the presence of two or more mycotoxins. Following there are the most important mycotoxins and their mode of actions, toxicology and metabolism as well as main symptoms and target organs. (This link explains in great detail.)

Ochratoxin A (OTA) is a carcinogenic compound produced by several species of molds, such as Aspergillus and Penicillium, found in a wide range of foods, including cereals, dried fruits, coffee, cocoa products, wine, grape juice, beer, liquorice, blood products, baby foods and spices.

New studies confirm Ochratoxin A inhibits Neurogenesis(the formation of new neurons in the brain). Other than that, its toxicological effects include nephro- toxicity, nephrocarcinogenicity and immunotoxicity as well. 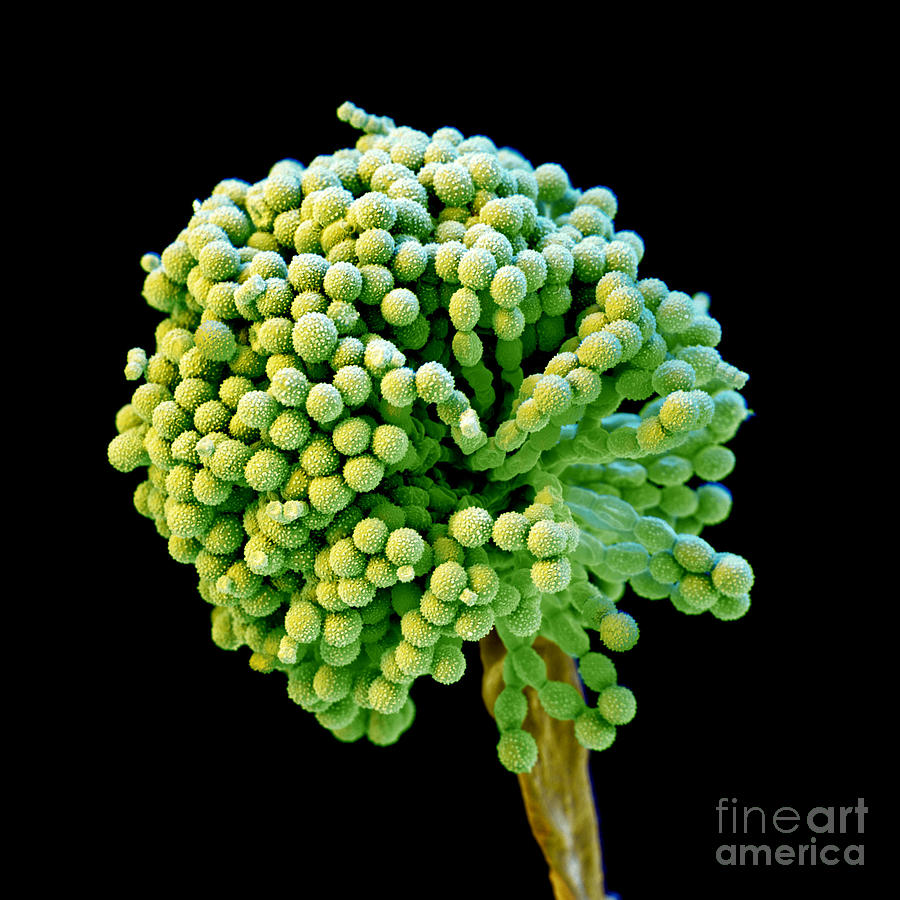 The molds that we see on the surface of the food is just a tip of the ice berg. It is an invader, whose roots like threads may have gone deep down entire food (although some says bleu cheese with mold is edible). Growing right along with mold are what are called "gram negative" (e.g. Escherichia coli) and "gram positive" bacteria. Just like mold, they require moisture and organic material to thrive and are often found growing in the same places as mold, and the synergistic action between mold and bacteria further worsen inflammatory health conditions. Oftentimes, those bacterial infections occuring alongside fungal infections make treatment more complicated.

Not the answer you're looking for? Browse other questions tagged human-biology microbiology food digestive-system mycology or ask your own question.

10
Does human digestive system benefit from eating same kind of food consistently?
6
Does sour food cause sweating?
11
Why can't you taste food when you have a cold?
4
Why does the stomach ache if you take a brisk walk after lunch or dinner
12
Do animals get sick from eating dirty food or eating off the floor?
9
What happens to the food you accidentally aspire?
9
Where does fungus store excess food?
0
Spores are Seeds