I have encountered this black-colored growth on onion skins a lot. It seems to develop over the course of weeks and I have rarely, if ever, encountered the material on fresh ones. If I peel the onion and it streaks the onion flesh, it appears, dark blue-ish. It looks like a fungus, perhaps a bacterium, but I am unsure. It is often found 'hiding' under the outer layer of skin on the deeper skin layers. In the photo the outer layer of skin was peeled off. It never seems to invade the edible parts below, though.

The pictures below are standard white onions from the local supermarket in Canberra, Australia (Canberra [Australia's capitol yes!] lies between Sydney and Melbourne). I must admit, I don't know if they are imported. The pictures below were taken mid-winter. Temperatures in our kitchen plummet during the day because of bad insulation. In the evenings and weekends it's room temp with heating. The onions are stored in the dark, in a kitchen cabinet. Humidity is low and mostly the days are dry and sunny. However, we cook in the kitchen so at times there is plenty of moist.

Also, I wonder, would it be harmful? No self-help medical issues here, I always wash and fry/cook my stuff and no issues whatsoever, just curious. 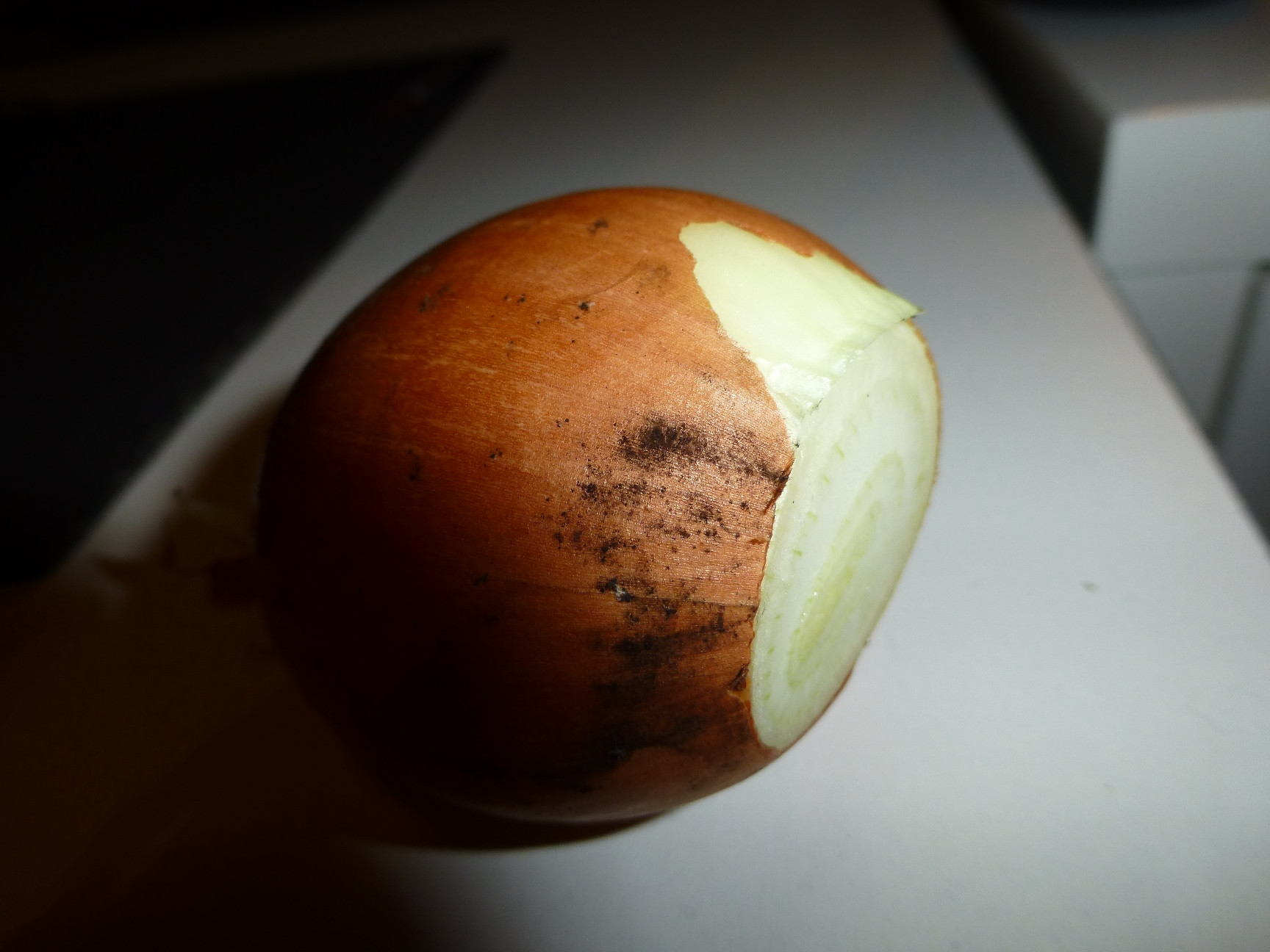 I understand there is little to go with. However, a general genus or group of fungi would already be cool. I googled and sought for images to no avail.

I think it is Aspergillus niger: 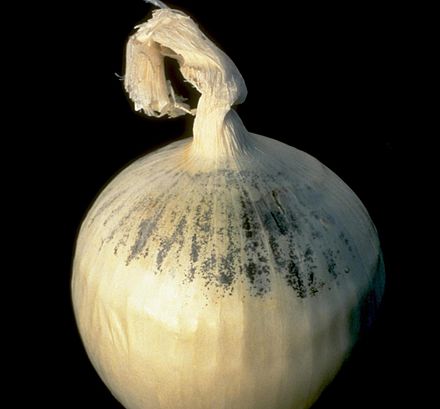 On the second place I'd suggest Black Mold disease caused by Alternaria species.

Not the answer you're looking for? Browse other questions tagged microbiology species-identification or ask your own question.