How are the vitreous humour and aqueous humour of the eye, connected?

My question is regarding the biological nature of the separation between the vitreous humour and aqueous humour of the human (or mammal) eye. What connects the two in terms of the passive transport of proteins between the two? Is there a single membrane?

Apologies, I am far from a biologist.

Specifically what sort of transport is arrow 9 in the figure below representing? And is backward transport (from the aqueous to the vitreous) possible?

Any links to papers detailing this mechanism would be highly appreciated, I can only find references to experimental readings of concentrations, but nothing about the transport process itself. 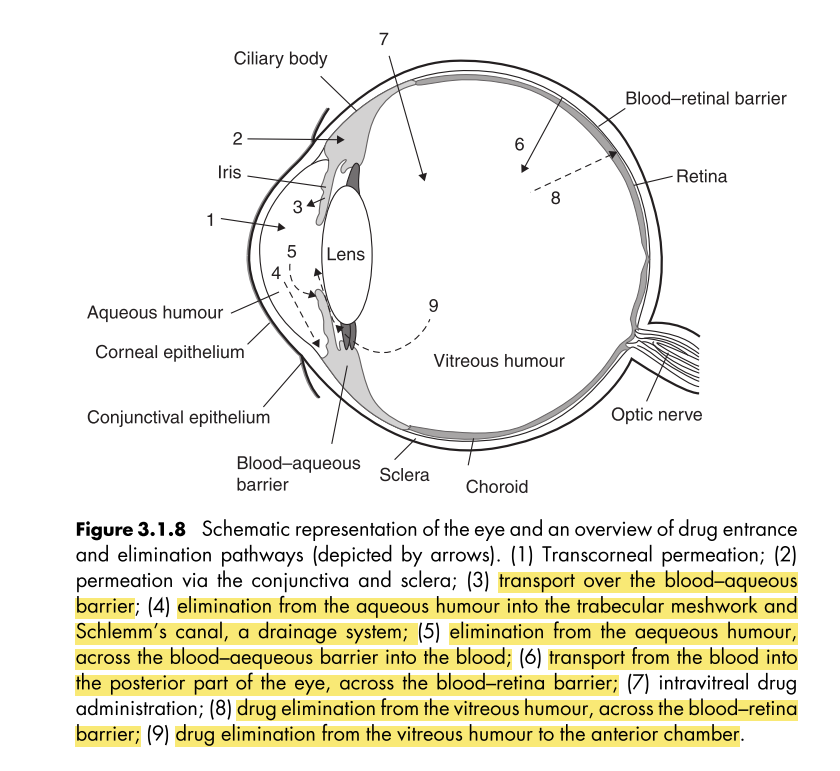 Don't be confused by the word "humour": the vitreous body is presented in birth and has very low "exchange" rate of its components, while aqueous is in constant turnover.

Secondly, the vitreous is an organ-like structure and is separated from other eye structures by its membrane, while aqueous is fluid produced by ciliary body processes into the posterior chamber and moves anteriorly throughout the pupil. Aqueous can move posteriorly in a case of trauma, operations and other non-physiologic states.

ADD (after attachment of the image)

I'd correct some things in the scheme - call Vitreous as Vitreous, not Vitreous humour, change arrow pointing at the ciliary body as on the following image, depict the vitreous body membrane as I did. 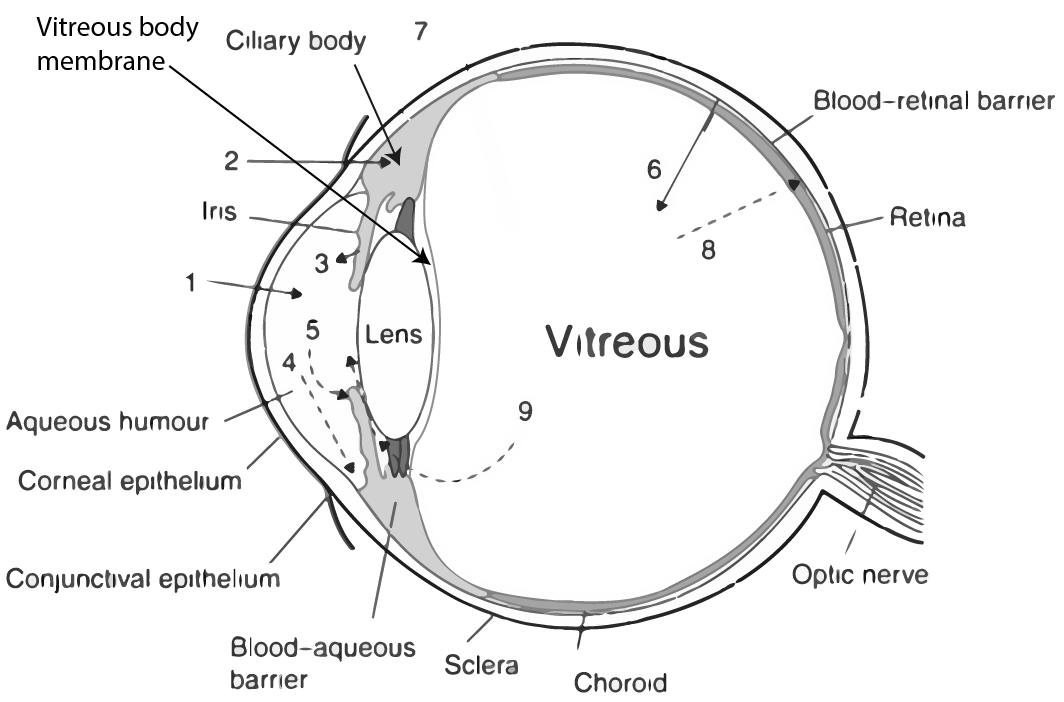 Number 9 shows a vitreo-aqueous route which will follow blood, drugs injected to the vitreous (not an only route), etc.

4
Are common eye defects inherited?
0
What is the surface area of the vitreous humour in contact with aqueous humour?
1
How do macromolecules (large drugs) in the eye reach the bloodstream and what are the relative significances of these pathways?
7
Why can't we feel pain when the eye lid touches the eye ball?
6
Are all cone cells connected directly to the brain?