What is the difference between a graded potential and an action potential?

What is the difference between a graded potential and an action potential?

Background
Action potentials, once initiated, are basically all-or-nothing events. Amplitudes may admittedly be variable, but basically it is the spike rate that is relevant to the neural code (Gerstner et al., 1997).

In contrast, graded potentials code information mainly by amplitude. A notable example of the significance of graded potentials is the function of the inner hair cells in the cochlea (the inner ear). The mechanoreceptors on the hair cells open when deflected in one direction, while they close in the other. This is important, as that property depolarizes the cell on one phase of an input sinusoid, while it hyperpolarizes the cell in the subsequent phase. Also, stronger (louder) input increases the response, while softer stimulu generate less response (Fig. 1). In the auditory nerve this graded potential is translated into spike rates (Fig. 2). Basically the hair-cell and auditory nerve system is an analogue-to-digital converter. 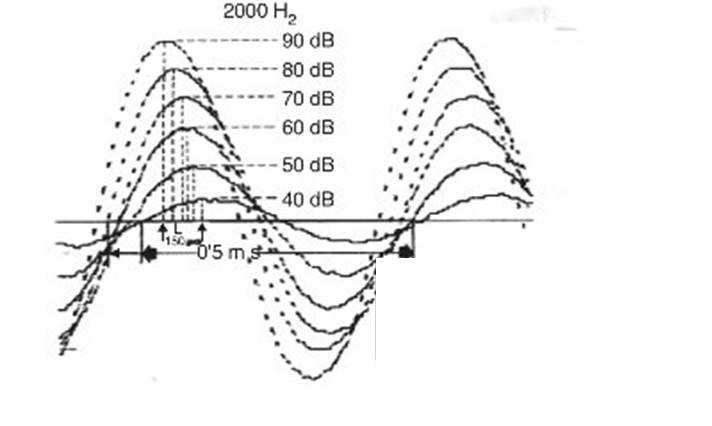 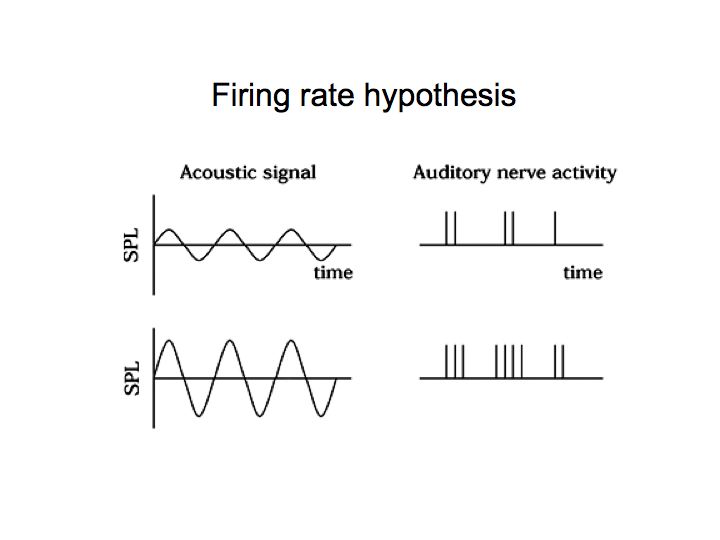 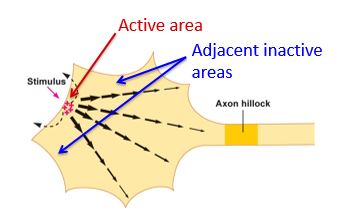 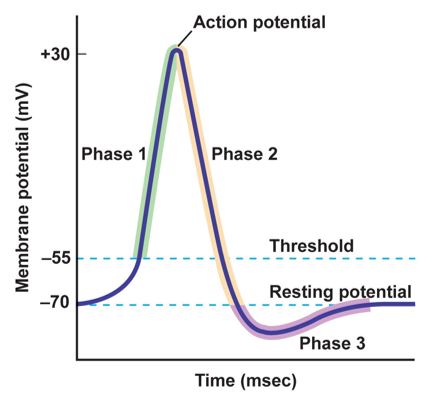 On the other hand, action potentials occur when graded potentials reach the axon hillock at a certain level of depolarisation (around -55mV). This opens the activation gate letting sodium flood into the membrane. This is an "all or nothing" event, once the threshold triggers the membrane depolarises quickly to around +30mV.

I could just save you time and show you this table:

11
Does a neuron ever generate an action potential without stimuli?
1
Fastest and slowest action potential
4
Action potential changes in low sodium concentrations but constant osmotic pressure
10
How are neurons / synapses "biased"?
3
Variations in action potential threshold and temporal coding
2
How are presynaptic burst firing signals transmitted post-synaptically?
2
What causes the preliminary changes in resting membrane potential in neurons?
2
What is the signal conversion from hair cells to cochlear nerve cells?
1
What makes the electrical charge inside the neuron more positive at the end of action potential and returns it to resting potential?
2
Relationship between membrane current and voltage in neurons