Do our belly buttons consist of scar tissue?

I read an interesting post on Facebook the other day saying that we all have a visible scar since birth - our belly button. This got me thinking (and research for me only found results regarding belly button piercing) is the belly button made up of scar tissue?

I seem to recall that there are some stem cells still within the umbilical cord (which is why doctors tell you to spend the money to have it saved (I think)) so I was wondering if scar tissue closed the hole left by our cut umbilical cord, or if the stem cells divided to produce normal skin tissue.

The place where the cord was cut do not stay with us - it falls in a week +- after the birth, while the umbilicus is the only visible natural scar formed by natural processes, not by gynecologists: 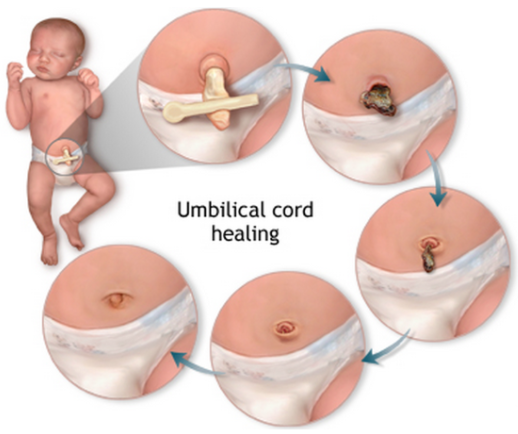 Multiple sources say the umbilicus has a scar tissue in it.

After birth the umbilicus is the only naturally formed visible scar on the body.

Umbilicus is a scar, which is the place of the previous merger of the fetus with the umbilical cord.

Not the answer you're looking for? Browse other questions tagged human-biology human-anatomy human-physiology or ask your own question.

18
Why would diffusion be faster across a non-specialised tissue?
14
Why does scar tissue change color?
3
Are there testosterone receptors in female mammary tissue?
1
Why does the amount of adipose tissue contribute the most to the total body water amount in humans?
4
Why do humans lose subcutaneous fat tissue with age?