Why is the pituitary gland located in the brain?

Why is the pituitary gland located in the brain in humans, instead of elsewhere in the body? Why would this be an evolutionary beneficial adaptation?

The neuroanatomy of the pituitary is schematically as follows (Fig. 1): 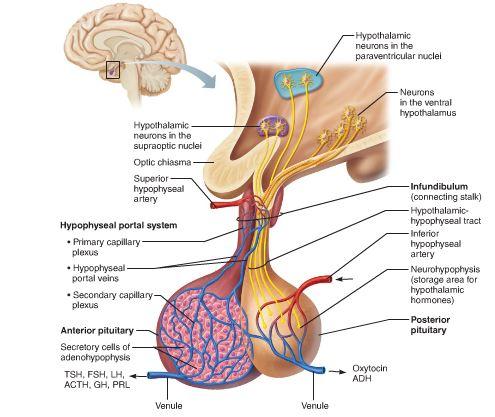 The cells constituting the anterior lobe of the pituitary gland are embryologically derived from an outpouching of the roof of the pharynx, known as Rathke’s pouch.

Not the answer you're looking for? Browse other questions tagged evolution neuroanatomy or ask your own question.

7
What evolutionary reason is there for having the urinary duct and reproductive organs so close together?
35
Why is the brain white?
1
How does the brain regulate its temperature?
4
Why is the prefrontal cortex called such?
2
What's the difference between the neuroendocrine system vs endocrine system?
1
Why are the grey matter structures of the inferior medial frontal lobe not directly (not via white matter) connected?
1
Why does it take so long for the human brain to develop from an evolutionary point of view?