What is this butterfly?

The following guys (about an inch long) were seen in the Willamette Valley of Oregon in summer. When one would fly by a resting one, they'd get into a high-speed little "dogfight". What genus might they be (or species, if you know). Are they in the "skipper" group of butterflies? 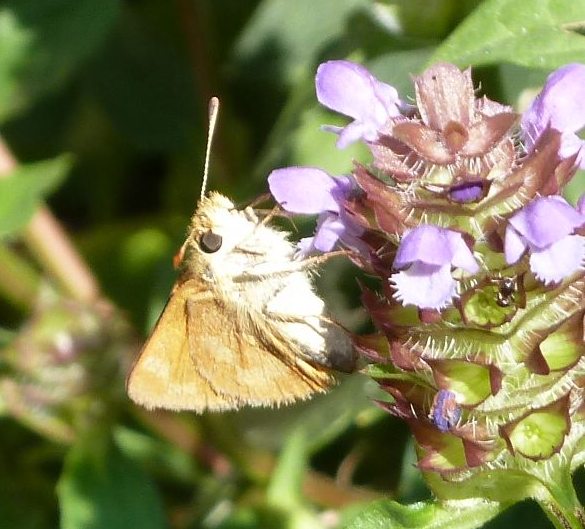 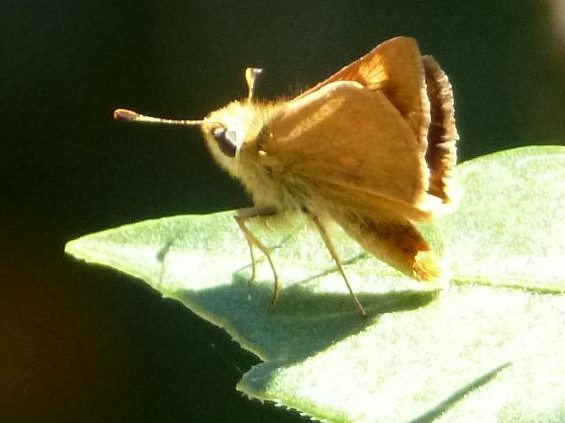 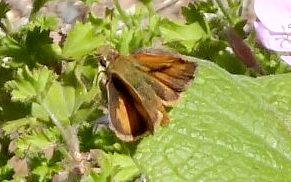 Yes, it is a skipper (family Hesperiidae) and very similar to European species in Ochlodes, and my guess is that it belongs to one of the North American species in this genus. For instance, it is very similar to Ochlodes sylvanoides (also called Woodland Skipper), which is common in the western parts of the US. However, I'm not familiar with North American butterflies, and there might be closely related similar species that I'm ignoring. 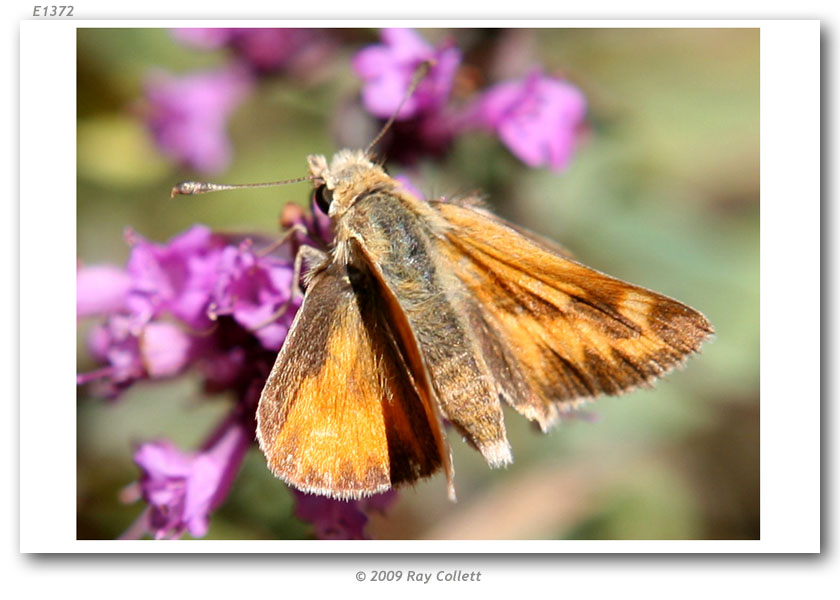 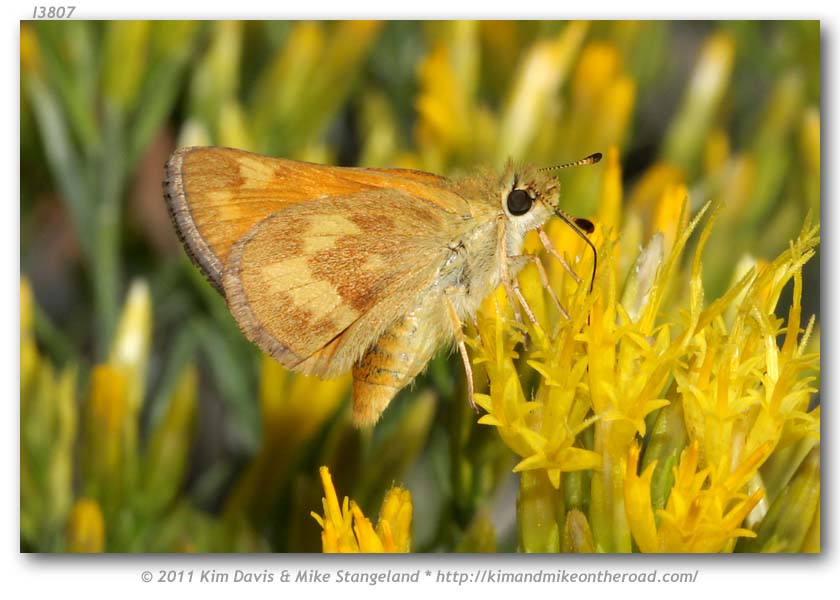 More pictures can also be seen at Bugguide.net