What is the name of this flower?

A flower has grown on a leaf in our garden. What is the name of this flower? Give some description. 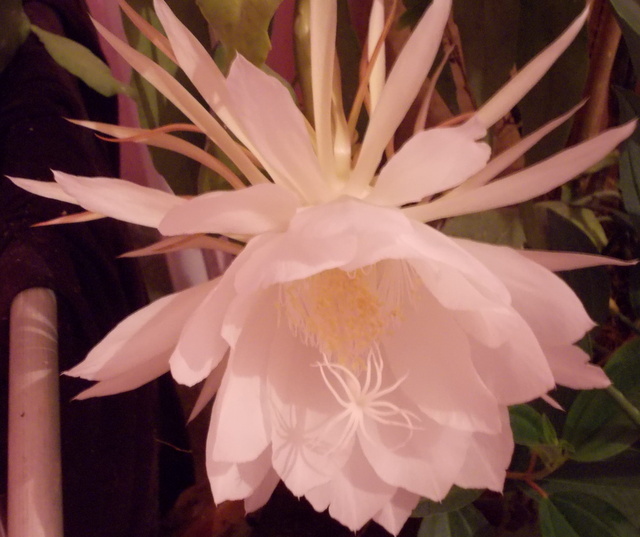 It appears to me to be a Night Blooming Cereus: 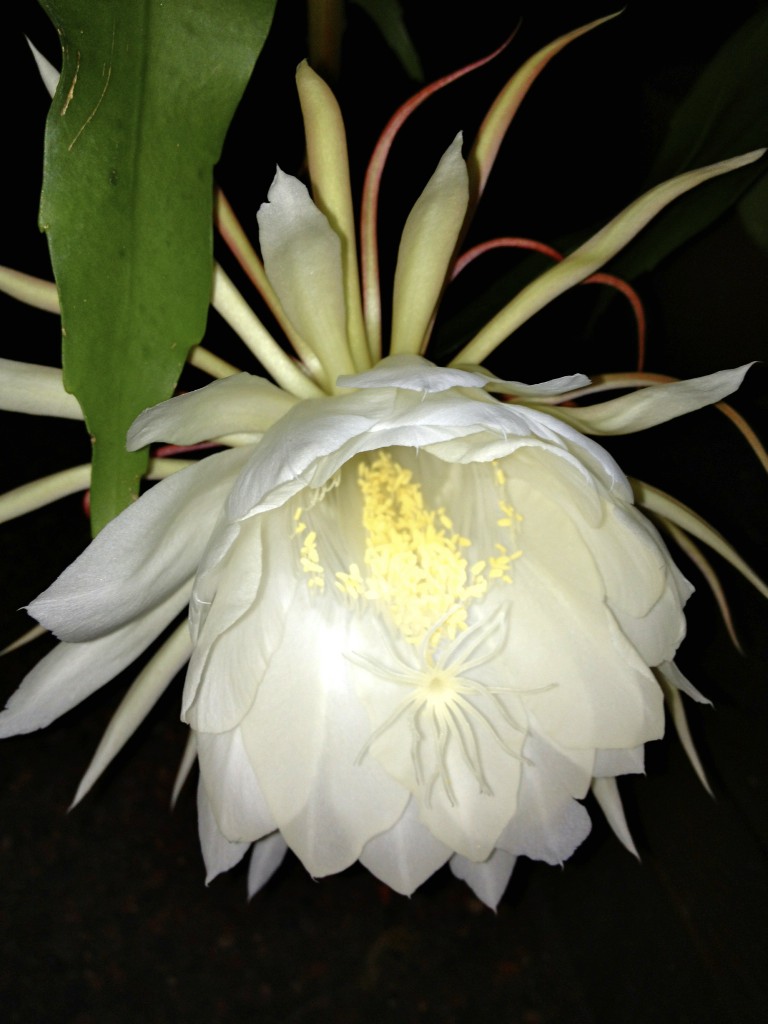 We had one in our greenhouse in Botany. It rarely bloomed, and the bloom was wilted by mid-morning.

Night-blooming cereus is the common name referring to a large number of flowering ceroid cacti that bloom at night. The flowers are short lived, and some of these species, such as Selenicereus grandiflorus, bloom only once a year, for a single night. Wikipedia

Not the answer you're looking for? Browse other questions tagged botany species-identification flowers or ask your own question.

1
Can anybody identify this plant?