Identification of a small mammal

Could someone help with identification of this small mammal? Is it a possum? A dormouse?

It was photographed in Sukhumi botanical garden, in Abkhazia (west of Georgia, on the shores of the black sea). 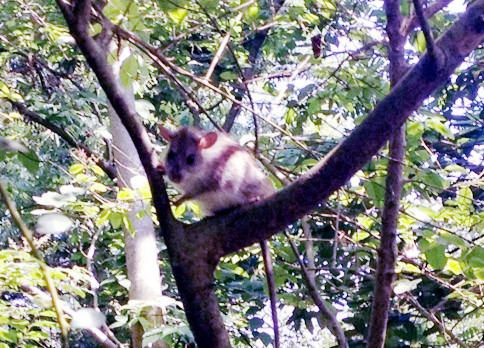 This is not a marsupial such as an opossum, since no marsupials are native to the region. It looks to be a rodent of some kind, probably a species in the Muridae family.

Which species is it is exactly is hard to tell, since there are many species in Muridae which look quite similar, but my best guess is that this is a Tamarisk jird. It could also conceivably be an escaped domestic gerbil or some type of mouse. The one that you found has more pronounced light areas on its coat than the photographs I found, but is within reasonable limits of what variation can be expected.

Here are some of the few pictures I was able to find that I could verify were of this species. 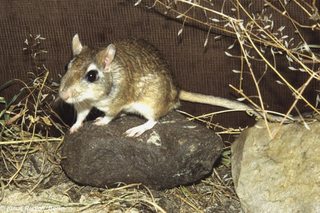 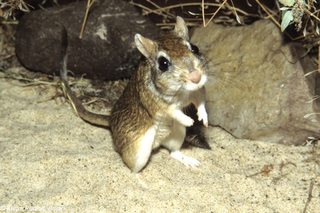 8
What species is this mammal?
11
Help Needed Identifying Corvids
3
Mammal vs Placental Mammal
6
Possible moth identification
10
Small yellow bug with black head and three black stripes on the back
3
Identification of store-bought succulent plant
5
What made this small light weight bee hive-like structure?