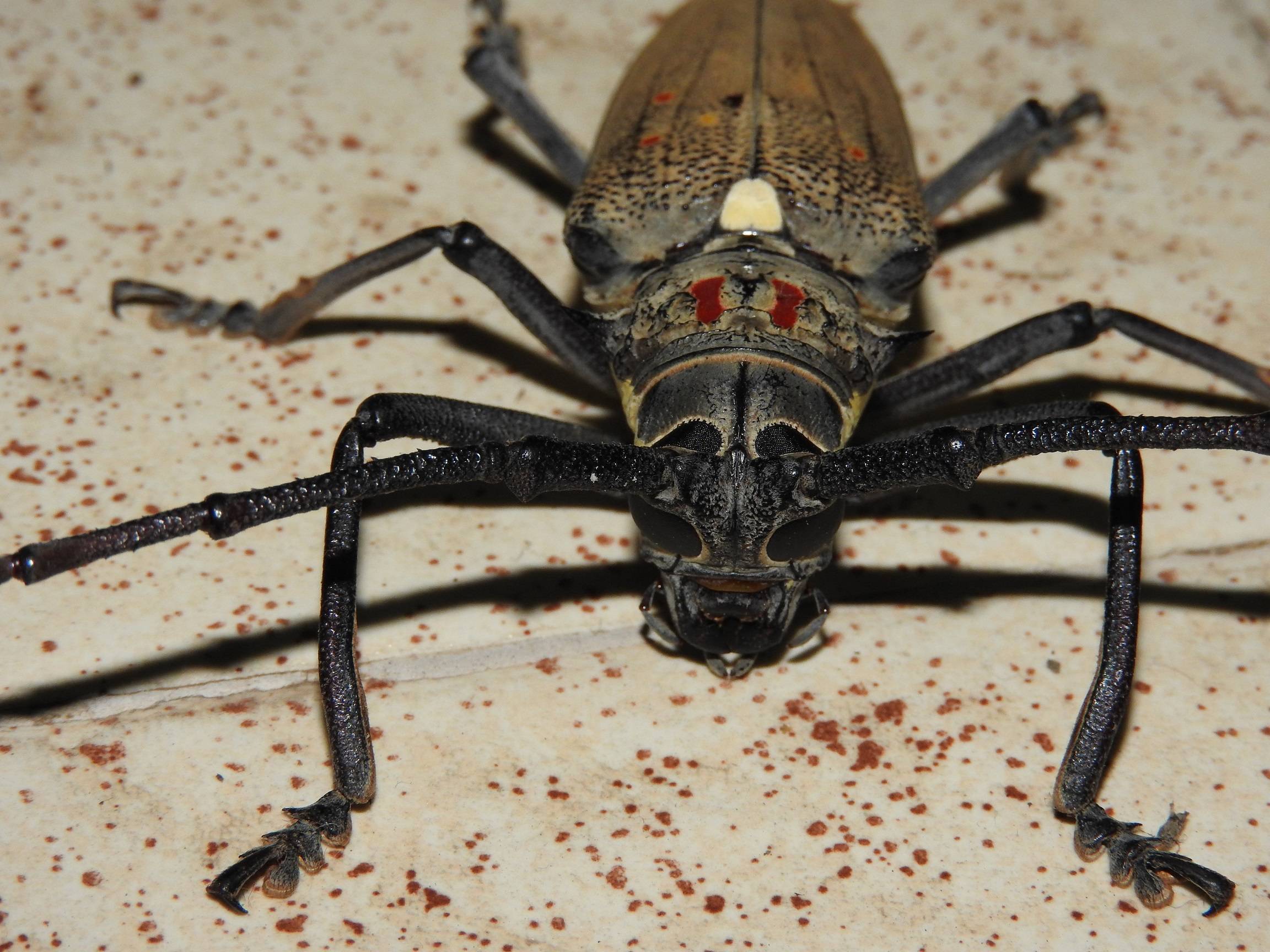 3 pairs of legs, a pair of antenna, wings absent, compound eye, 4-6 centimeter approx. in size. I found this beetle at my door, in Pune, India.

It is a longhorn beetle (Cerambycidae), most certainly from the subfamily Lamiinae (flat-faced longhorns). The overall apparence with a downward-pointing face, partially divided eyes, robust build and spined pronotum fits well with Lamiinae.

The beetle in you picture is very similar to species in the genus Batocera, for instance Batocera rufomaculata (also called Mango trunk/stem borer), and the red spots on the elytra fit relatively well. This species is considered a pest on mango plantations in India and Nepal (Hill, 2008 and Insects in Indian Agrosystems), so it's probably not all that uncommon. 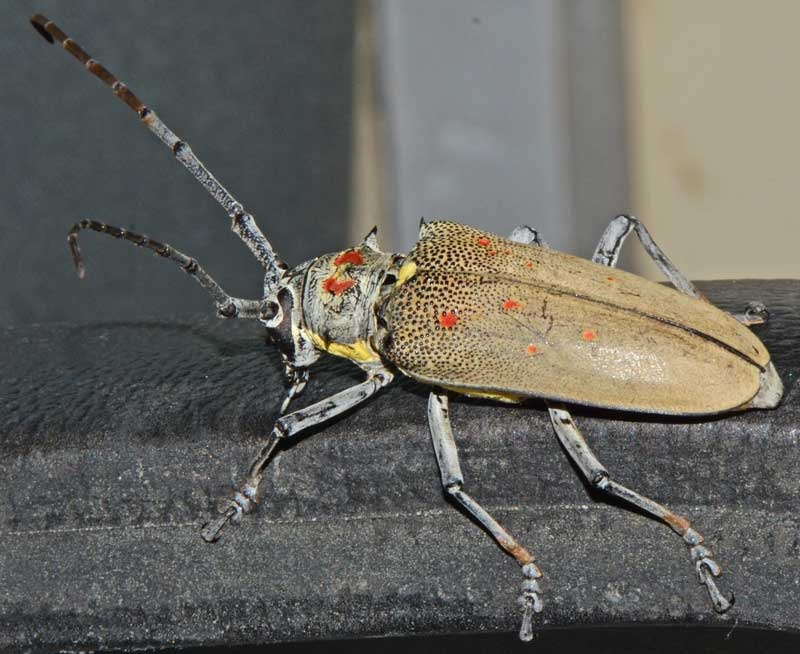 (picture from Insects in Indian Agrosystems, from the National Bureau of Agricultural Insect Resources.)

However, there are probably hundreds of species in Lamiinae found in India, and I cannot give you a certain answer.

The striped elytra with raised lines doesn't fit with the species I've seen in Monochamus (suggested in the other answers), so I don't think that is the correct genus.

I think it is from Cerambycidae family, 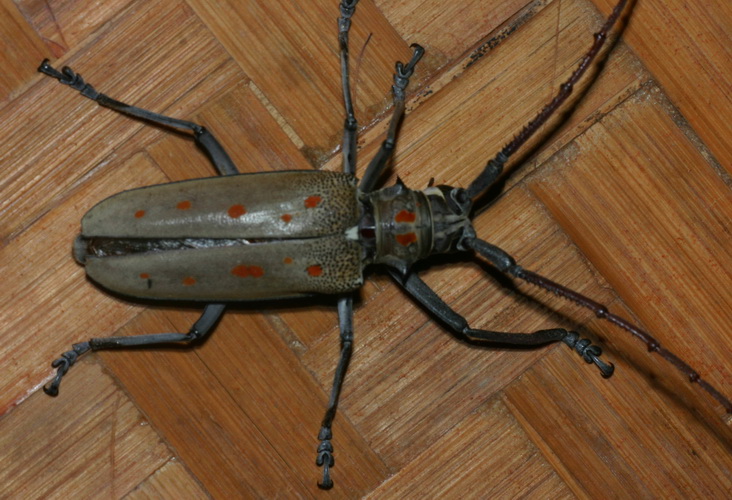 I think that your insect is a White-spotted sawyer. For more information check this: Monochamus scutellatus, commonly known as the white-spotted sawyer or spruce sawyer,is a common wood-boring beetle found throughout North America. Adults are large-bodied and black, with very long antennae; in males, they can be up to twice the body length, but in females they are only slightly longer than body length. Both sexes have a white spot on the base of the wings, and may have white spots covering the wings. Both males and females also have a spine on the side of the prothorax. Most research done on M. scutellatus focuses on their relationship with burned forests and the logging industry,with interest also being shown in their mating behaviours. 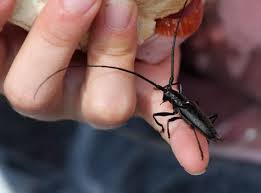 Not the answer you're looking for? Browse other questions tagged zoology entomology species-identification taxonomy or ask your own question.