How about cells (unicellular cells as well as cell in a multicellular organism)? I know that cells react to temperature change. For example, the amount of cholesterol in the cell membrane can vary in response to temperature in order to keep a membrane fluidity roughly constant (ref). But that doesn't prevent the internal temperature to change.

My knowledge in Physics being very limited, I didn't even think of Fourier's law before reading @Eli Korvigo's answer and comment and @AMR's comment. So let's make some calculations:

So is it really impossible for a cell to regulate its temperature?

Homeothermic multicellular organisms have special tissues that burn resources to warm up (usually this involves breaking the electron-transporting chain at the final stages of respiration to transform all chemical energy into thermal energy). And they have special tissues (fat) and enough body mass (this is more about the volume/area ratio) to keep this energy from dissipating. If you recall physics, any unicellular organism has insufficient body mass to accumulate thermal energy for any perceptible amount of time, hence it's useless to burn resources that it can spend to adapt to lower temperatures, i.e. synthesise cold-shock proteins, modify membranes, restructure metabolism. This is basically the same reason why small mammals and birds have to eat all the time to stay alive. 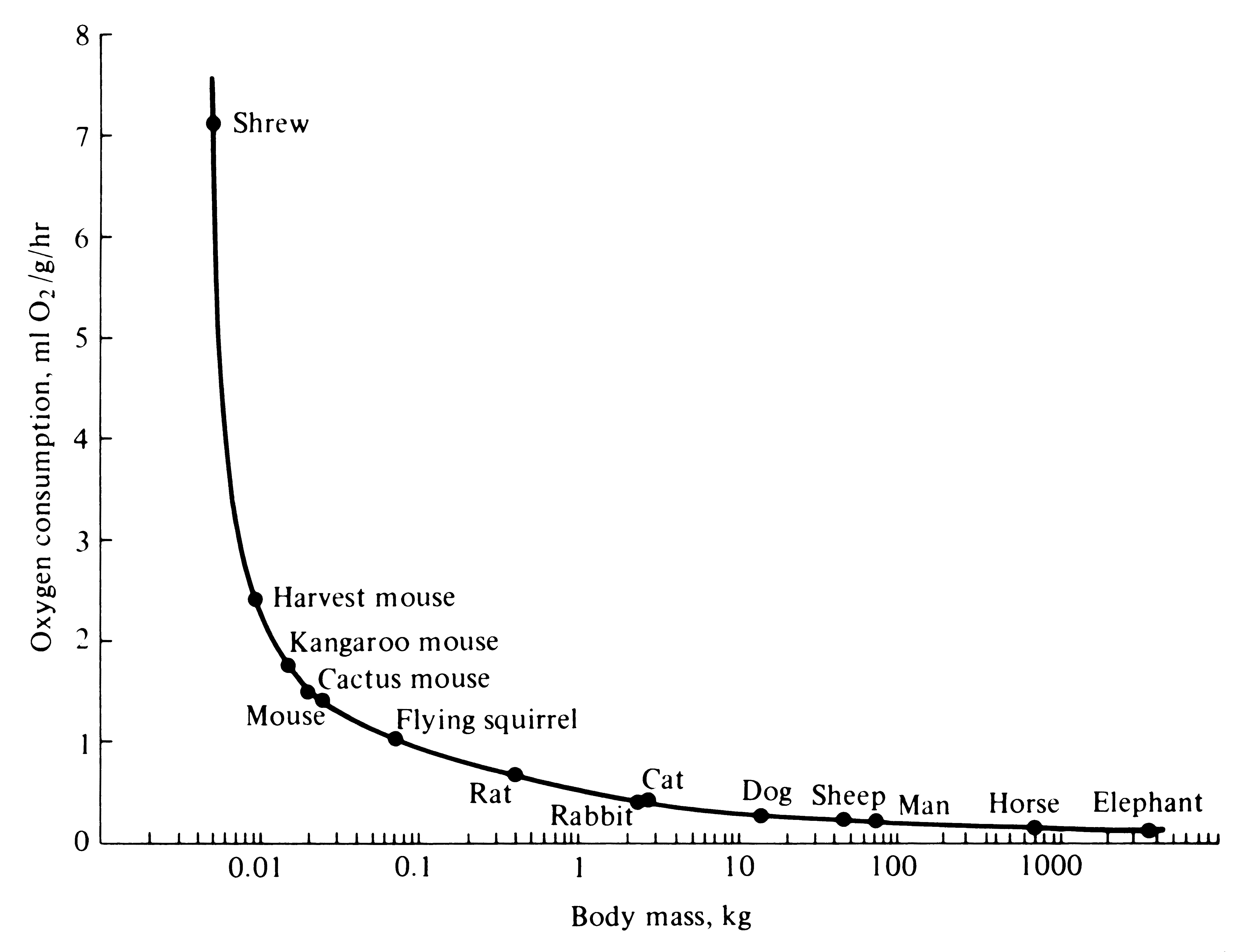 As you can see, the smaller you get the more energy you need to burn (hence increase ${O}_{2}$ consumption) to maintain body temperature. That's why we don't see truly homeothermic insects (some of them can warm up for short periods of time) or other small animals.

Not the answer you're looking for? Browse other questions tagged biochemistry cell-biology ecology temperature or ask your own question.

5
What's the benefit of the average human body temperature?

7
How does water buffer a sudden drop in temperature?
8
Does body temperature affect human lifespan?
7
How do individual plants adapt to changes in temperature?
1
What happens to our body when we undergo a sudden temperature change from 40℃ to 20℃?
3
Integration of several environmental signals
1
What is the fundamental reason for death from too high or low internal temperature?