Is it possible to increase lifespan through controlled evolution?

A few years back when I was reading The Selfish Gene by Richard Dawkins, there's this short passage where he theorizes about a way to achieve an increased lifespan through controlled evolution.

The theory goes like this: we don't tend to have medical problems until after 30 because we all tend to reproduce before that age. Thus, people who tended to die before 30 never passed on their dying-prone genes.

So, if you didn't let people reproduce before a age X (where X starts at 30) and then slowly move that age up, you could use evolution to increase lifespan.

The ethical issues notwithstanding, is there any reason why this wouldn't work? If it would work, how long do you think you would need to sit at each value of X? How far apart do you think each value could be? Finally, how many generations, using this technique, would it take before someone would live to be 1000 naturally?

I think this would probably work. The grandmother effect, which is one of the main theories for human longevity after fertility might indicate that human lifespan would increase if the children come later.

Just have to disclaim here: We will never do this. Many unthinkable consequences would result...

If you simply forbid anyone to have children before they are 40 or 45 (fertility doesn't drop until age 35 or so), forbid invitro fertilization and medical assistance to conception we would probably be looking at a prolonged lifespan. Infertility rates in women at age 40 are not clear, but one estimate is that 40% of women can have children at 40 years of age. If we want to seen an effect early, we would push the age up a year or two. Forbidding in vitro fertilization and other medical assistance to offspring we could look like a 80-90% cut of people - lots of people would never have children. This might make people unhappy an destabilize the social fabric.

Its not clear how long this would take. The generation time would go to 40 years from about 20 now - 40 to get to childbearing age, but results would take 80 years - when we find out how the children would fare. Given the C elegans longevity experiments and the fact that we are starting with 8 billion people, we probably would find some great late age breeders who may also live long. But for the longevity phenotype to set in it would take several generations as we are looking for an indirect effect: later breeding causing longevity. The Belyaev experiments which produced domesticated foxes by strong selective breeding took some 30ish generations to complete though they saw a significant effect in just 10. It could take a similar numbers of selection rounds in this cse. 4-500 years. Ethical issues aside, this is why most geneticists study flies.

There would also be a lot of other negative socioeconomic consequences to this thought experiment. One good thing is that the population of the earth would plummet - many people would be eliminated from the gene pool, though eldercare would be a major part of the world workforce. Lots of work, not clear who is going to pay for it, but low unemployment and low low wages may result. 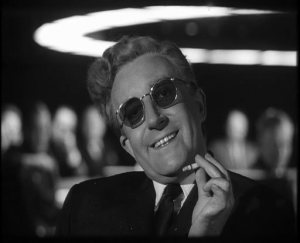 So you see Mister President, this is quite a distinct possibility, though some sacrifices would have to be made.

The science of human eugenics is not scientifically wrong, but selective animal breeding and lab experiments don't usually evaluate or care about the consequences of large peturbations in the gene pool.

You would also have a lot more autism and Downs syndrome and other congenital defects which tend to show up in offspring of older parents. These issues might improve with application of biotechnology which screens weak sperm and eggs without ruining the effect you are looking for, maybe not.

Since we are selecting against fecundity, the human race could be dogged by fertility problems or chronic genetic diseases which the genetic contribution of some of the more robust people in the gene pool being removed and the tendency to such age-related birth defects might not go away given the drastic selection pressure we are putting on the gene pool.

Other consequences you might not expect; some physical traits associated with longevity and prolonged fertility would cause us to look more alike and not necessarily in a good way. Browse the internet; its probable that we would get shorter and possibly uglier?

There are many more direct ways to increase the human lifespan - better diet, exercise, the elimination of poverty, vaccinations, proper medical care, access to clean drinking water and a lower birth rate (fewer children not later) all are known to directly effect longevity, having more than doubled the human life expectancy in the past few hundred years.

This has been done in fruit flies. At least two labs have used selection to breed longer-lived flies.

We won't do this to humans, because eugenics is evil.

The "methuselah flies", as Rose calls them, live about twice as long. I don't know how long it would take to get them to live 10 times as long. In any breeding program you run up against the problem that eventually you'll run out of standing genetic variation to select from, and you have to wait for new mutations to appear.

But obviously selection can eventually lead to the evolution of much longer life. This has happened many times in evolutionary history, for example.

9
How does "be altruist to those who are similar to you" evolve?
20
Why is 'Grudger' an evolutionary stable strategy?
3
What are evolutionary implications of contraception and reduced childhood mortality rates worldwide?
5
Evolution: How could all useful traits evolve simultaneously?
2
Gradualism vs. Punctuationalism
2
Finding for evolution, comparing past flower numbers with present
3
Rationale behind Most Recent Common Ancestor (MRCA)?
8
Why might long telomeres be selected for in laboratory mice?