What is this plant?

It was found in Eastern Pennsylvania (in the United States) in a deeply wooded area. 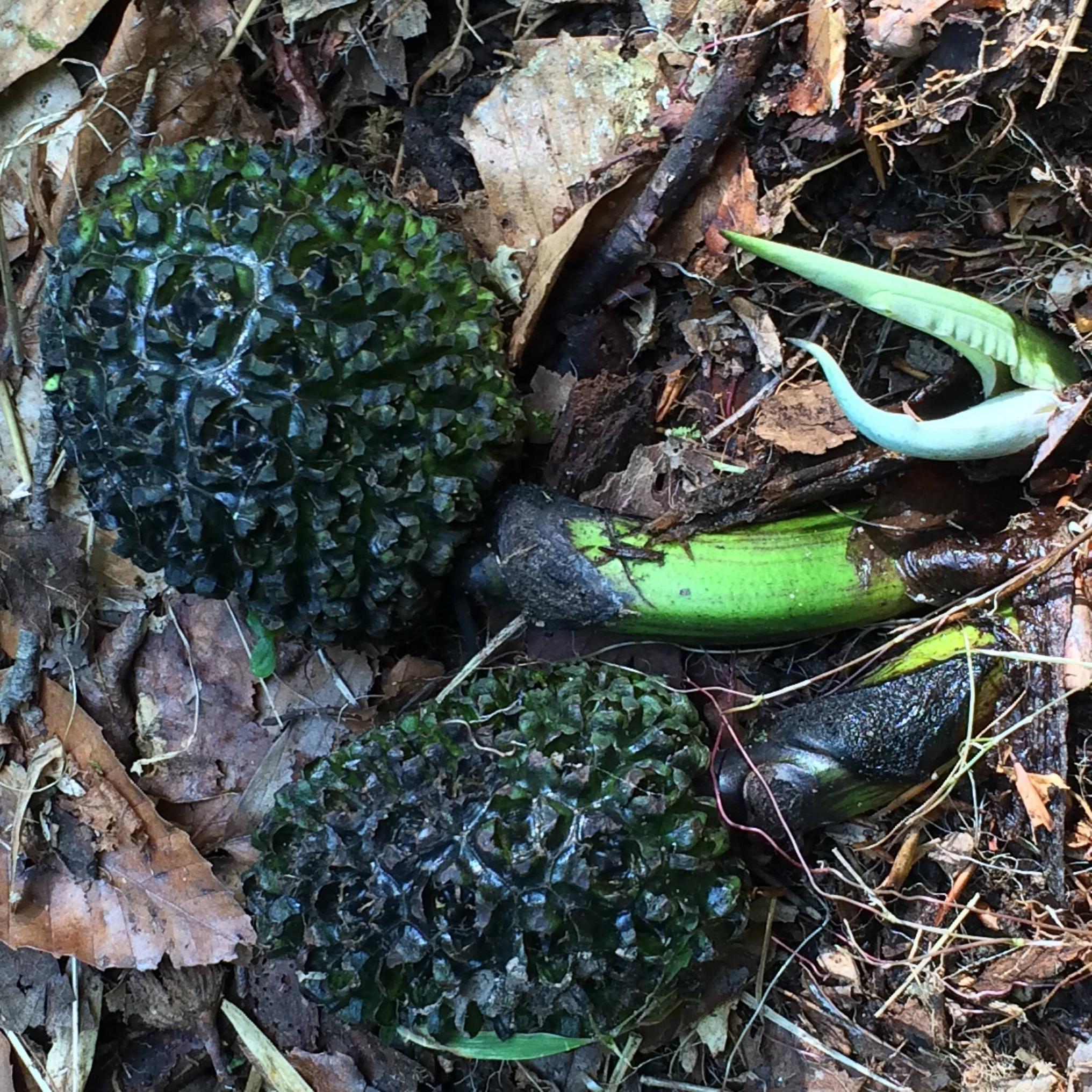 Those are the fruit clusters of a common "wildflower" that often grow in wet areas, called Eastern Skunk Cabbage or Symplocarpus foetidus. Initially (early Spring), it's not bad looking (and some species - such as the western skunk flower - are even pretty): 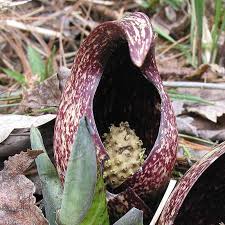 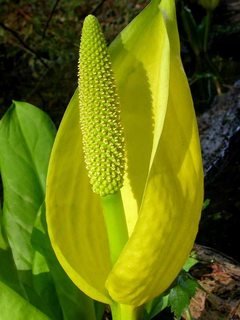 But after a while, the spathe (sheath) dries up while the seeds grow in the spadix (the fleshy thing in the middle with the little 'flowers') grow, leaving the swollen spadix (fruit): 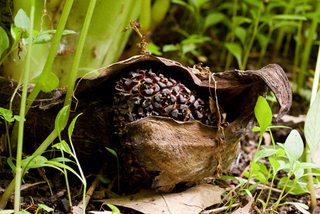 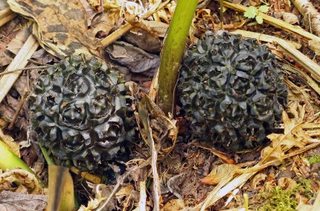 The tip off, though, is the characteristic new growth, very skunk-cabbagey, so I would guess those fruits are from the previous year (?).

This allows it to flower through melted ice or snow. Also:

7
What is this plant in the Butler, Pennsylvania area?
5
Plant identification?
3
What's the name of this caterpillar?
3
What species does this moth belong to?
4
What Type of Mushroom is this?
4
Curious what this bug is
2
Can anyone identify this plant?
2
Identification of beetle: black with orange stripe and 2 orange dots