How do DNA-binding proteins recognize the correct DNA base pairs?

My professor posed this question to the class today - "How do DNA binding proteins specifically bind to base pairs?"

He alluded to the different arrangements of hydrogen-bond donor and acceptors in A-T, T-A, C-G, and G-C base pairs. However, they are not always significantly different in some pairs (i.e. the minor groove of the C-G and G-C base pairs have the same acceptor - donor - acceptor pattern). 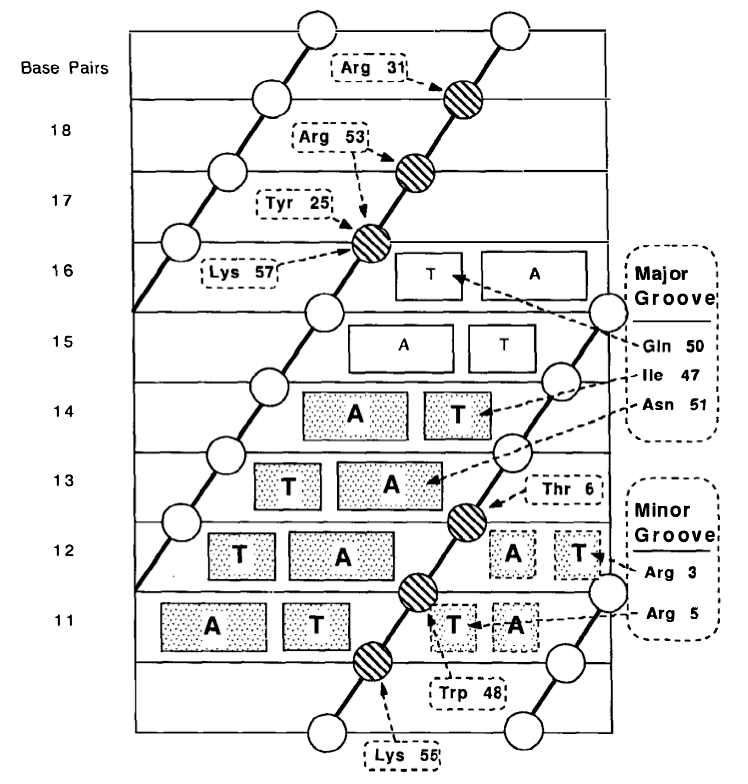 Figure 1: DNA sequence identification by Helix-Turn-Helix transcription factor. This is the example case of the Engrailed protein in Drosophila. Reproduced from Paro and Sauer (1992) [1].

You can see that Adenine is recognised differently than Thymine. In many cases such as that of zinc finger proteins (ZF), sequence identification usually happens for dinucleotide pairs such that each finger (a modular unit) can identify a di/tri-nucleotide (Figure 2,3). An array of fingers in case of ZF and helices in case of Helix-Turn-Helix motifs can recognize a unique stretch of DNA sequence (which is certainly more unique than individual base pairs). Usually the binding of the fingers are co-operative which leads to increased affinity and specificity of the protein-DNA binding [2,3]. Analogous mechanism may exist for other kinds of DBD too (I haven't specifically looked for that). Moreover, many DNA motif binding proteins oligomerize, which is again co-operative. This increases the specificity and the overall binding kinetics becomes sigmoidal and thresholded (see Hill kinetics).

Binding mechanisms are best understood for ZF proteins that led to the development of zinc finger nucleases which was one of the first modern methods of targeted genome editing [4] (though they have now been obsoleted by CRISPR-Cas system). 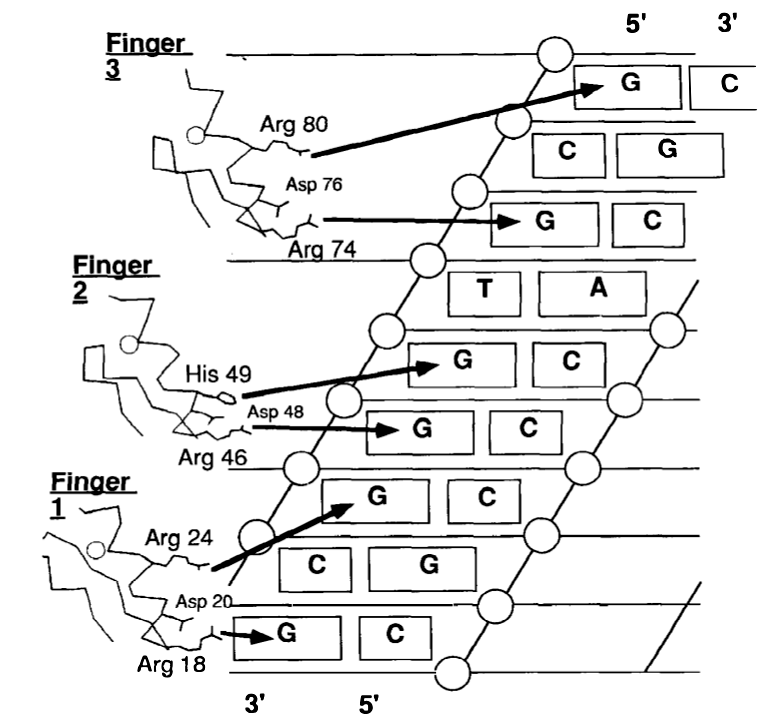 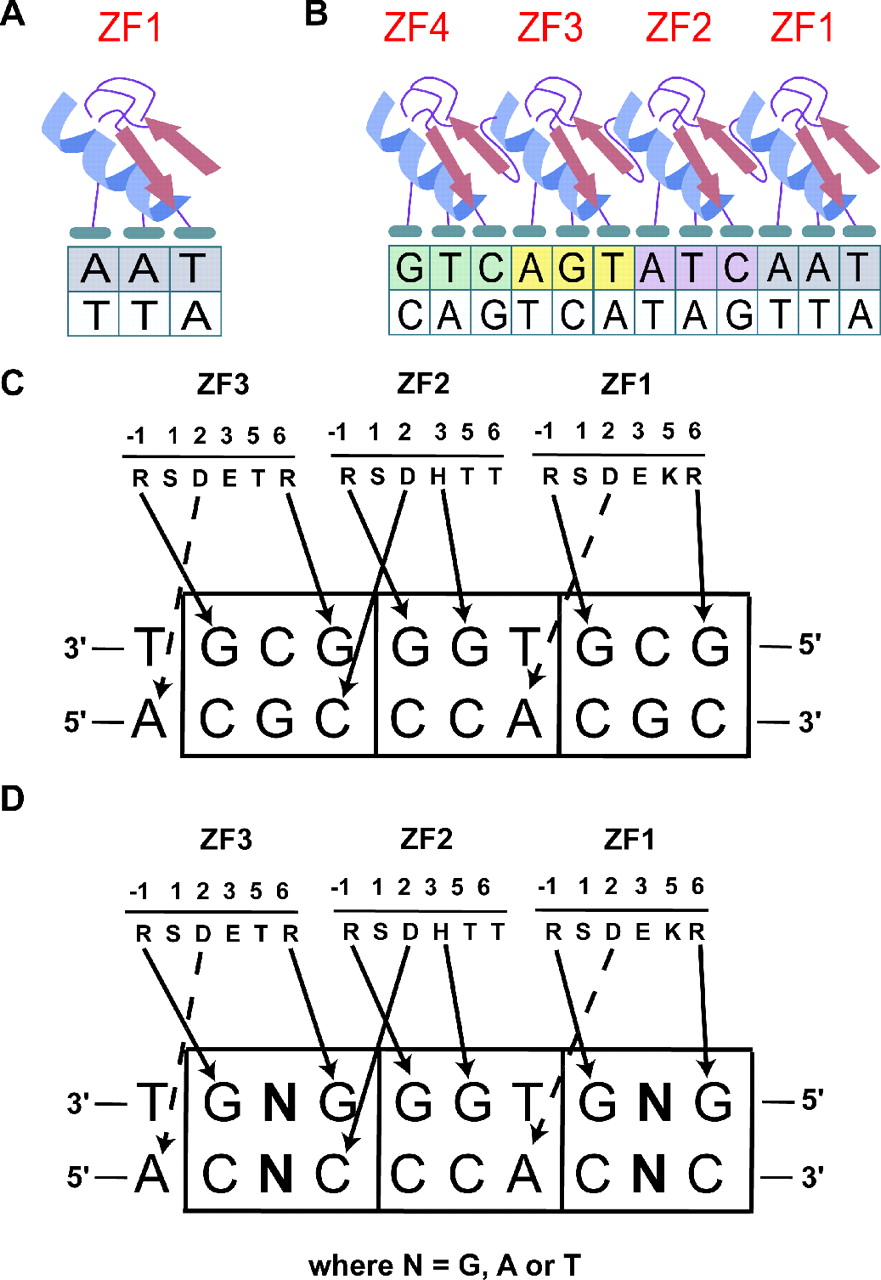 Not the answer you're looking for? Browse other questions tagged molecular-biology proteins molecular-genetics transcription transcription-factor or ask your own question.

1
What makes DNA sequences most different/recognizable from a biological perspective?
3
On which DNA strand is TATA box present?

6
Turning publicly available genome data into proteins
2
How does high-fidelity of DNA replication depend on the formation of hydrogen bonds?
1
How to correlate the pattern by which CAP activator from E.coli binds to DNA and its mechanism of action?
1
C Form DNA Base Pairs Per Turn
0
General transcription factors vs. DNA Binding transcription factors
0
How are single-stranded binding proteins removed from the lagging strand during DNA replication?
1
Calculating Possible Combinations of Bases in a DNA Strand of a Given Length