Can someone identify this ant? 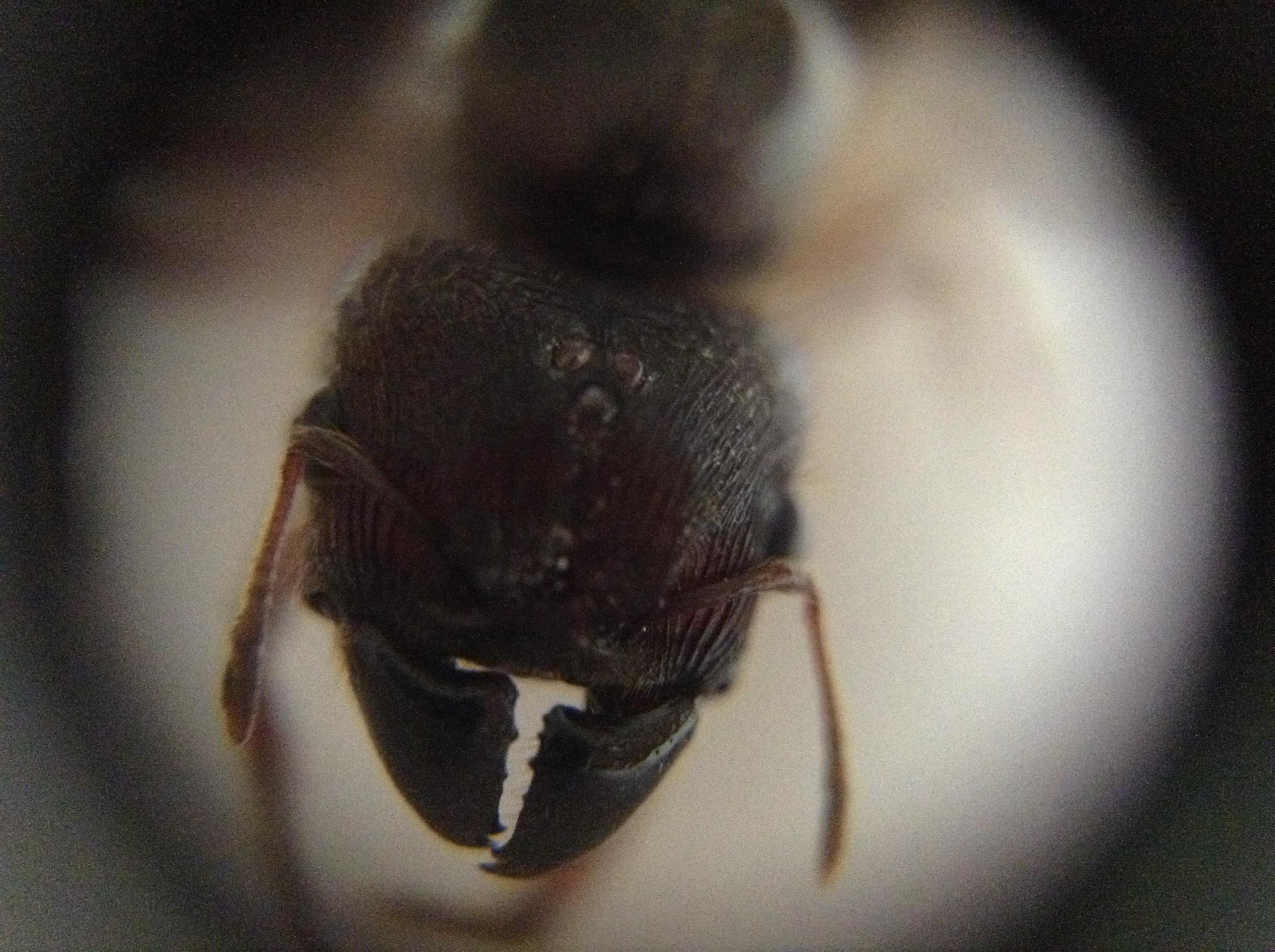 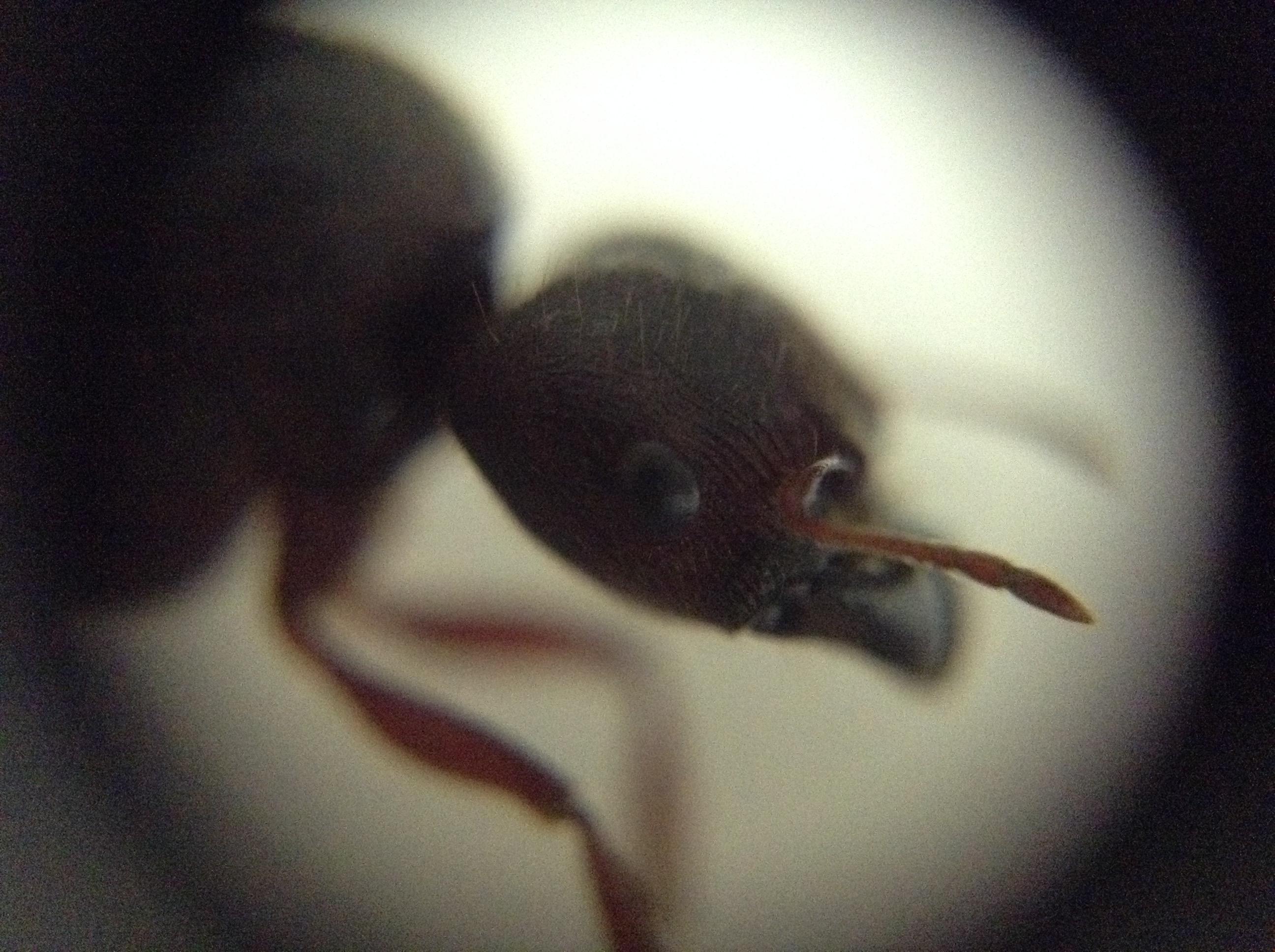 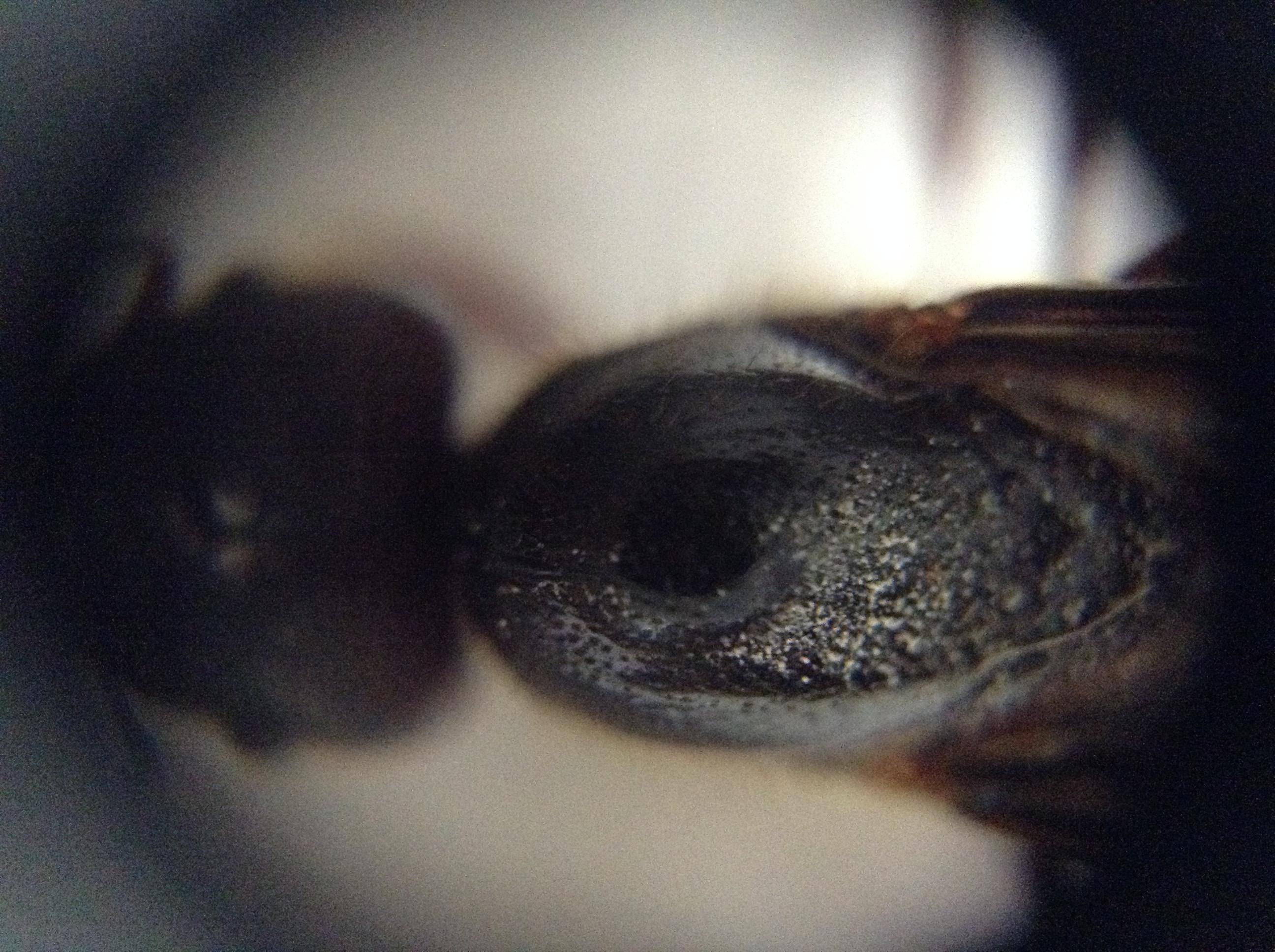 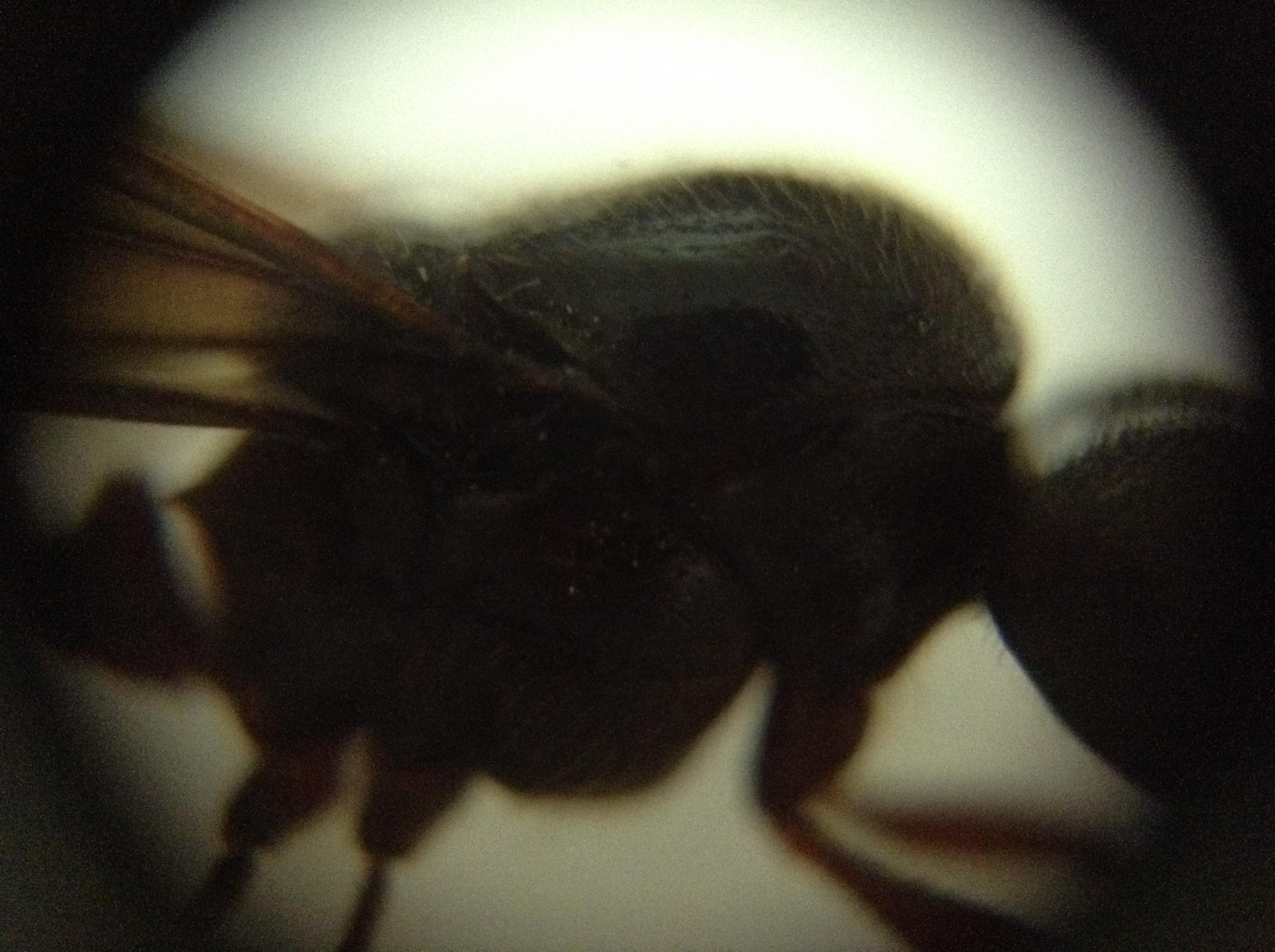 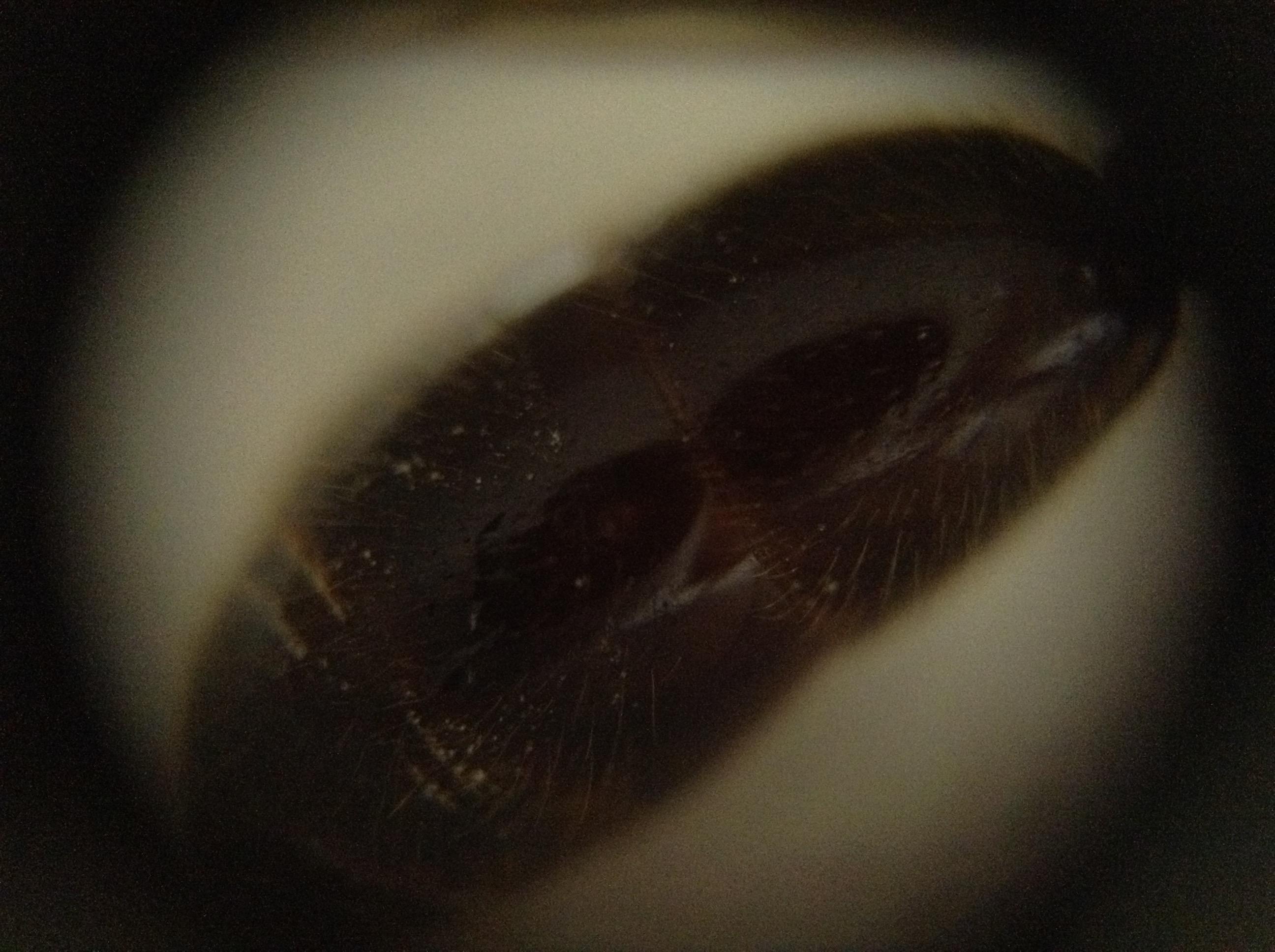 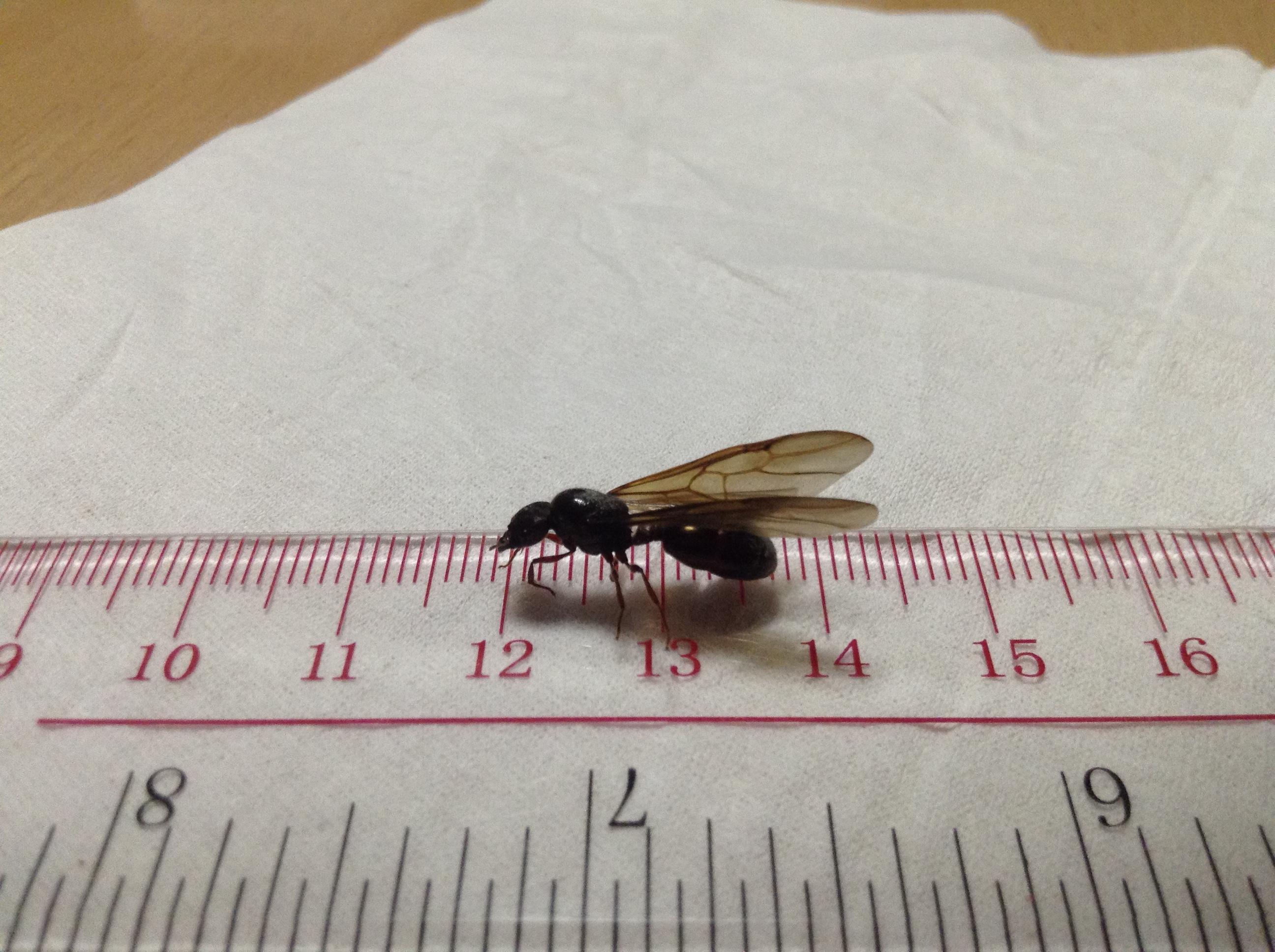 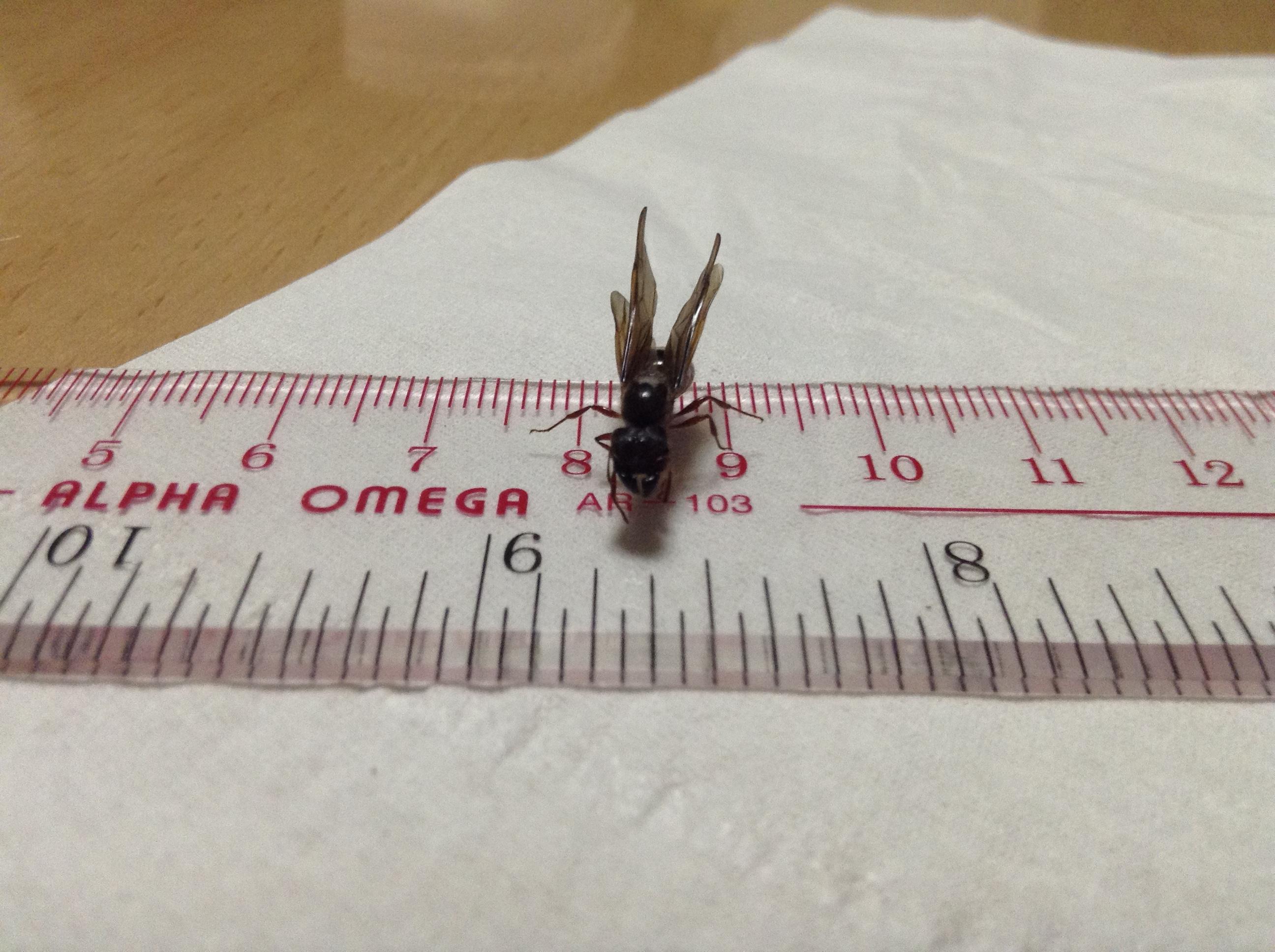 Judging by the ridged head and the large mandibles, I'm guessing this is one of the Tetramoriums (Wikipedia, AntWeb).

The colour is dark brown. The total length from the tip of the mandibles to the tip of the abdomen is about 17mm. The length of the large wing is also 17mm. I don't know what habitat it lives in and I also don't know how the workers or soldiers look like, as I have never seen where these ant queens emerge from.

If anybody is fairly confident in identifying this species, I would also appreciate some tips about keeping it and starting a colony. I have a make-shift ant farm made out of two plastic bottles, one nested inside the other like a Russian doll. Out of the seven queens that I collected, three are already dying. A fourth one already show signs that she won't make it either.

When I picked them up, they were not exactly "outdoors". The short but heavy rain was mostly over and these queens were "taking shelter" in the stairwell of my building, which is usually dim, slightly damper and cooler than outside.

Here are more pictures; these should be better because I just took these in natural daylight: 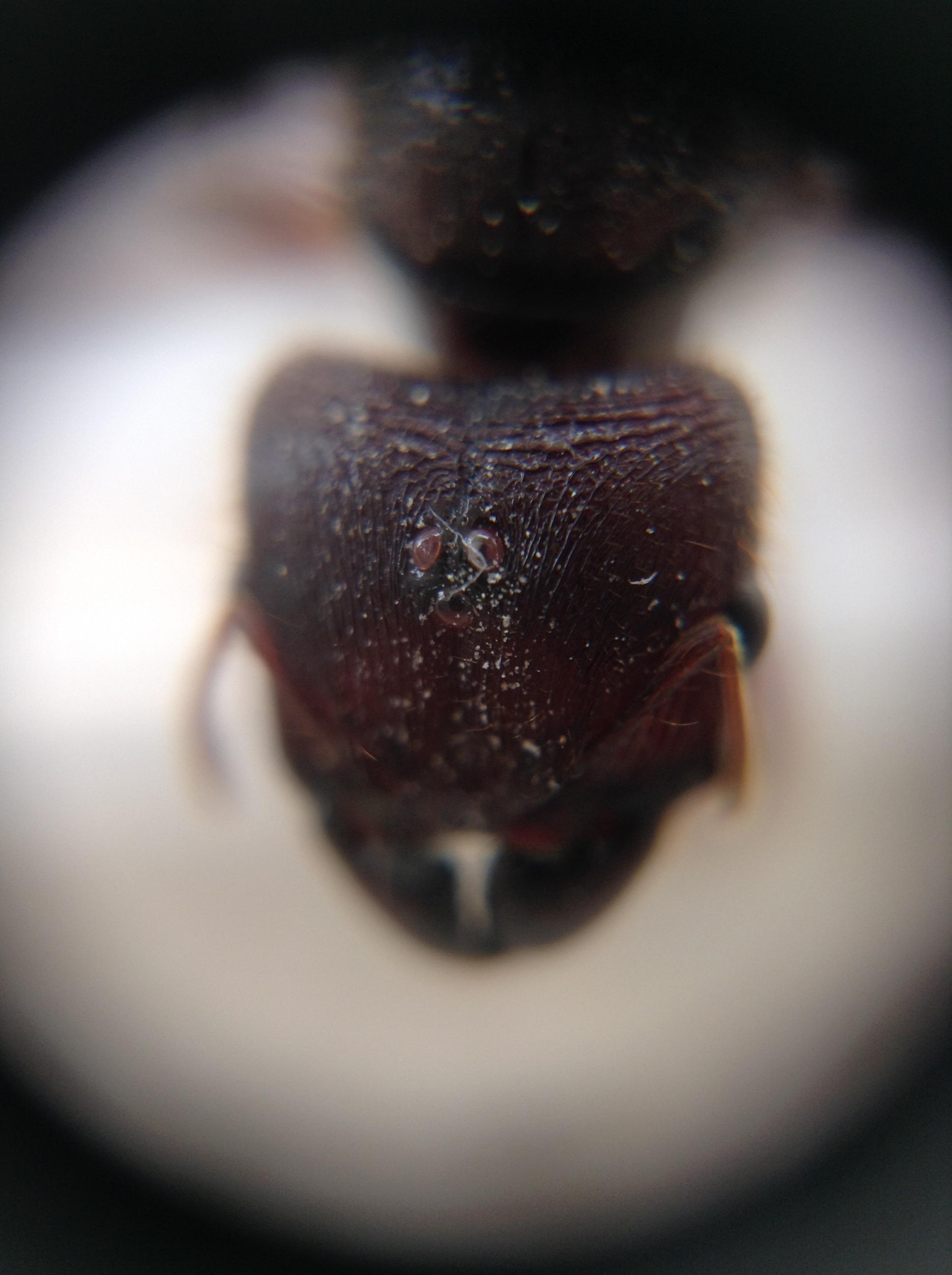 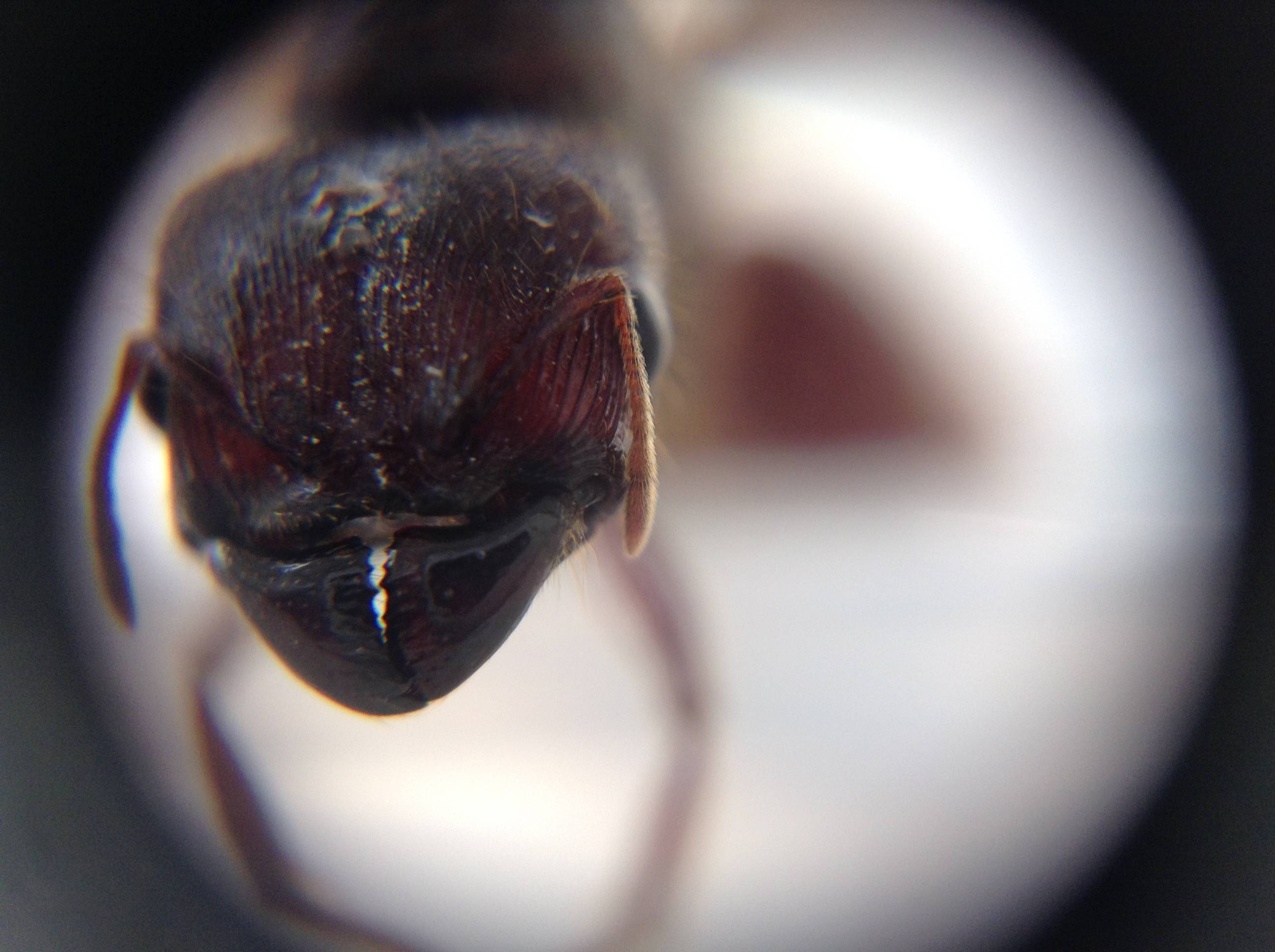 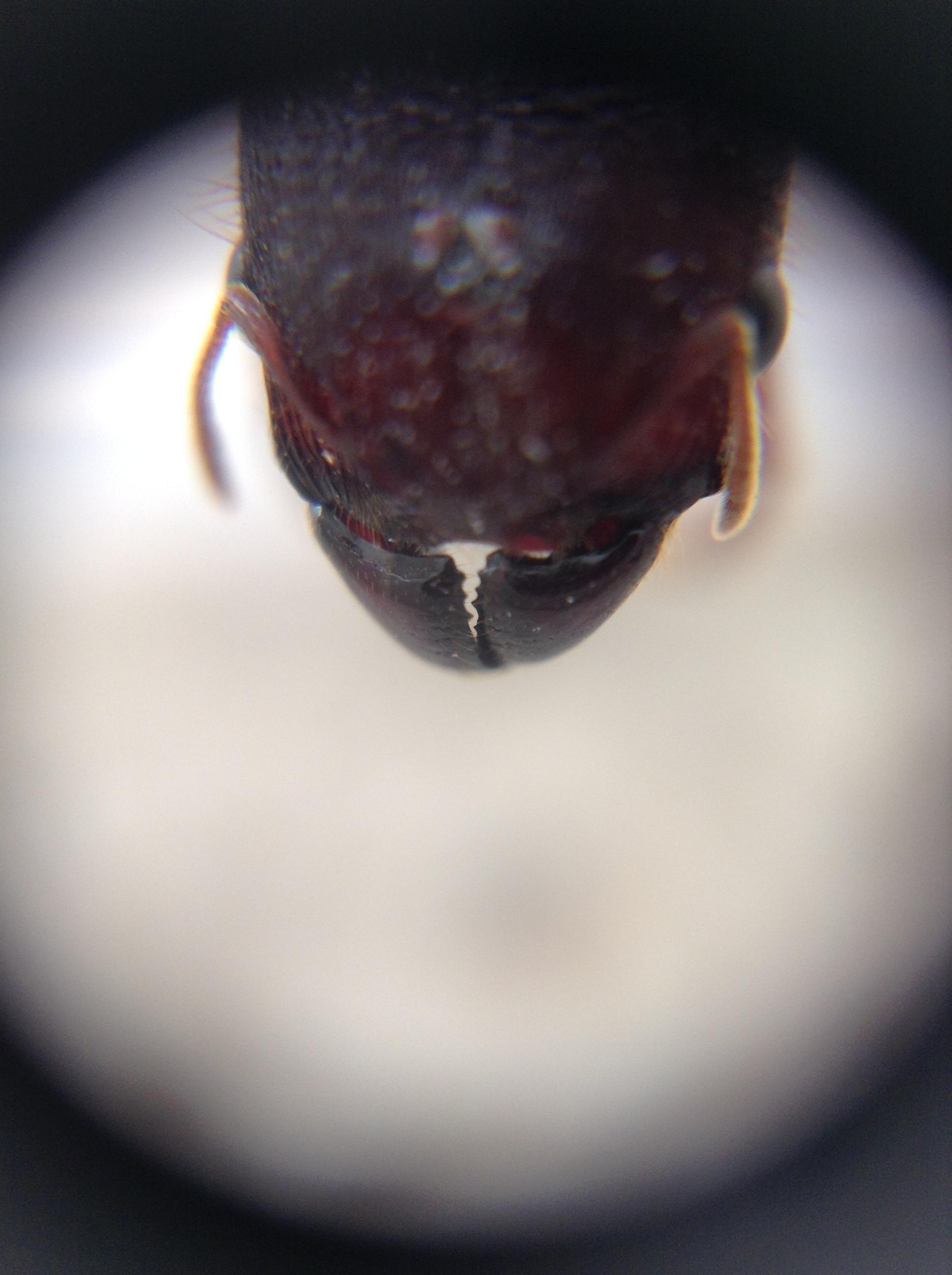 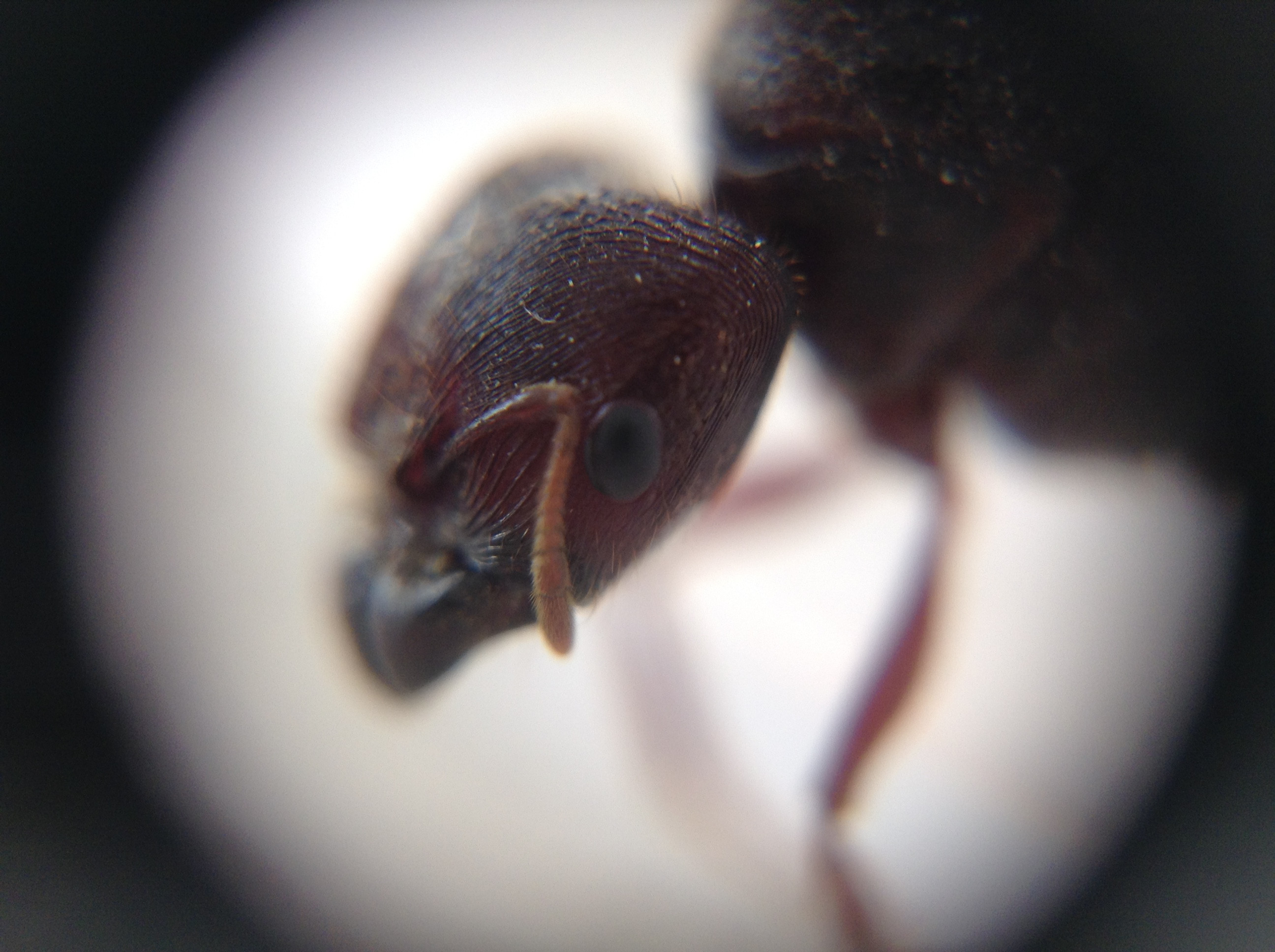 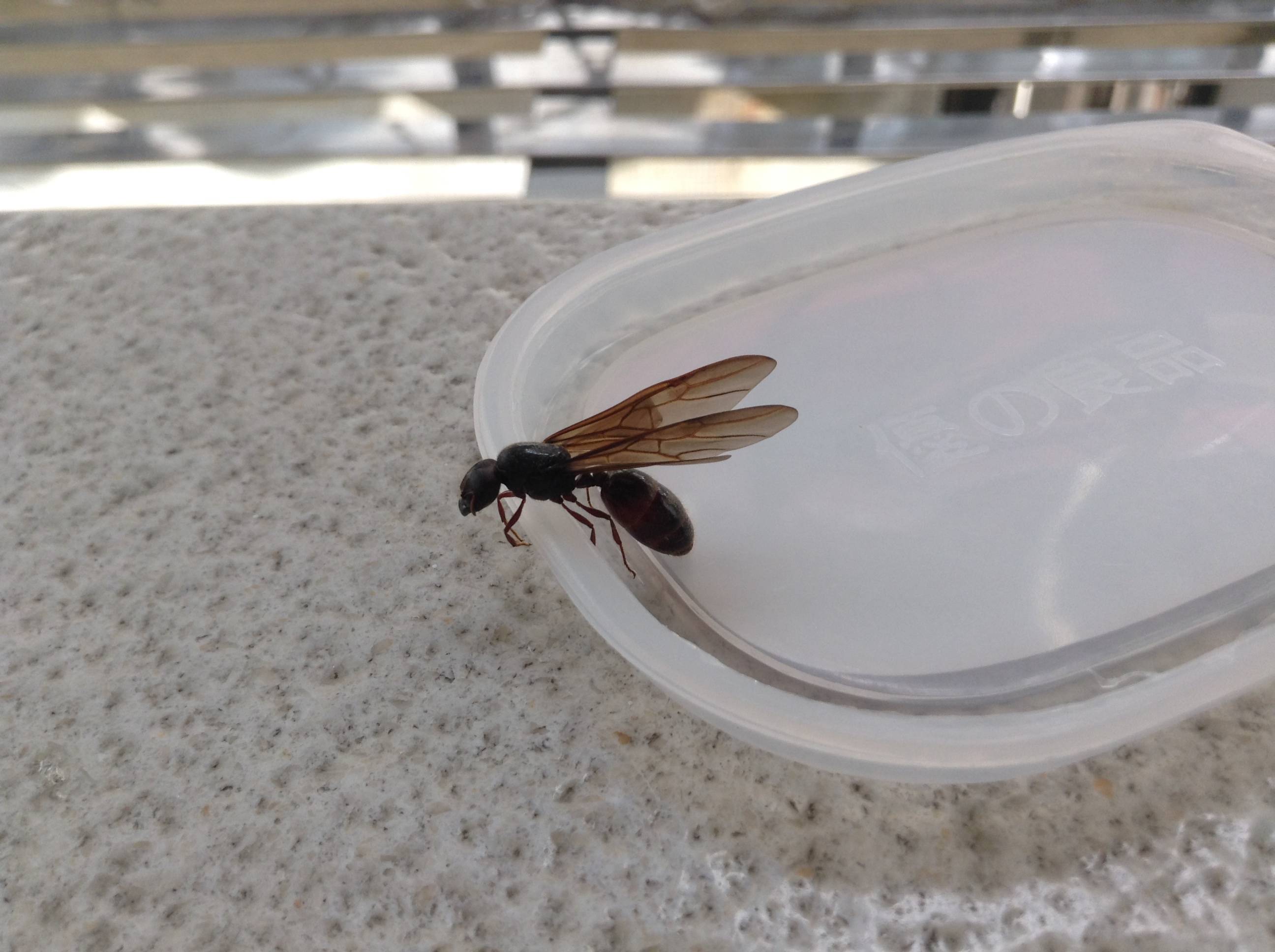 Somebody at The Ant Farm and Myrmecology Forum suggests that this is in the genus Carebara (previously Pheidologeton). After some more Google search of my own, and image comparing, I believe that this is indeed a Carebara affinis, which has previously been spotted in Hong Kong. Could somebody confirm?

In my opinion you are pretty close to the exact identification.

I think it is Marauder Ant, which could be Pheidologeton diversus, but probably Carebara affinis as well.

The main feature I can gother from your pictures is Venation of wings which matches with Pheidologeton diversus venation (it would probably match with affinis as well, but I failed to find the picture): 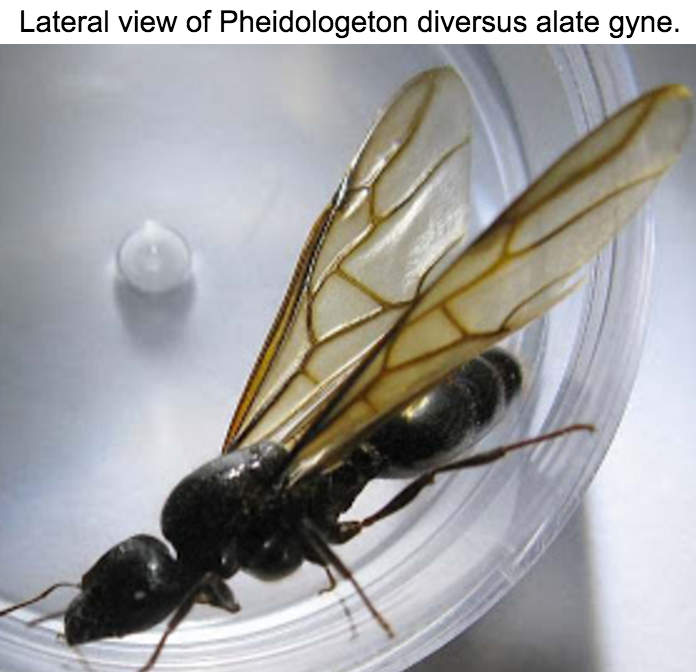 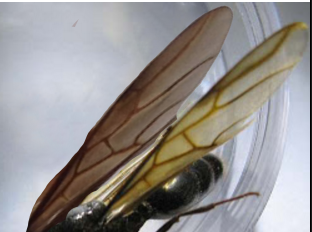 This ant is known as Hong Kong inhabitant -

Not the answer you're looking for? Browse other questions tagged species-identification ant or ask your own question.