If dog's DNA and human's DNA are almost same then can it be said that dogs evolved from humans? [closed]

https://www.youtube.com/watch?v=IbY122CSC5w In this video it is said our DNA matches almost the dog's then it can be also said that dogs evolved from humans. Is it? 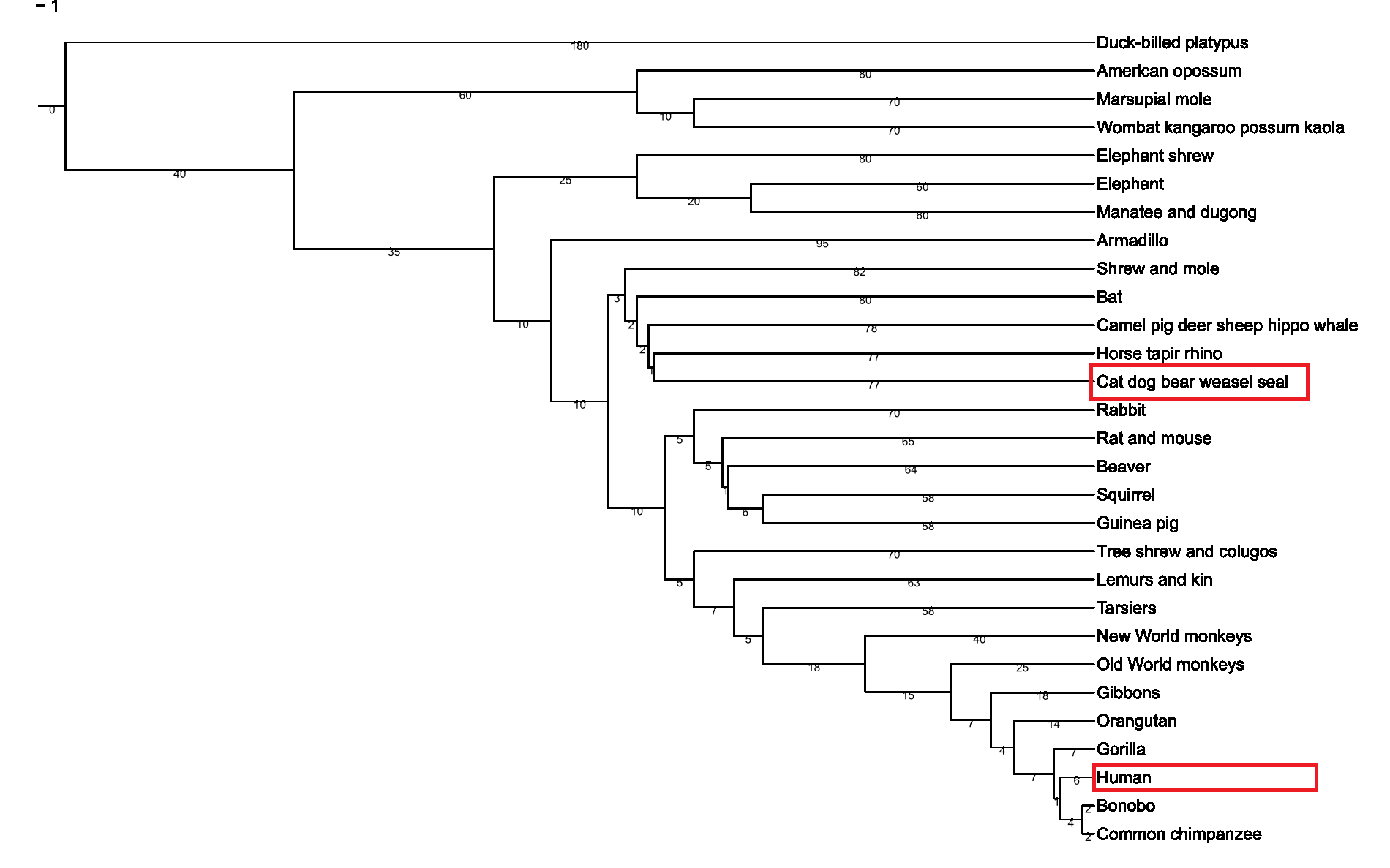 It makes no sense to say from two extant (living) species that one evolved from the other one. Two extant species share a common ancestor though. The most recent common ancestor (MRCA) might have existed a very long time ago (as it is the case between an oak tree and a Ostrich for example) or be relatively recent (as it is the case between a reindeer and a blue whale for example).

Humans and dogs are both mammals. Their MRCA is about 100 millions years old. They are therefore relatively closely related and therefore share a lot of DNA in common. In other words, dogs and humans were the same species during 3.5 billions years. About 100 millions years ago, their lineage split (speciation) into two. One lineage became dogs, bears, bats and other Carnivorans (through succesive speciation events). The other lineage became elephants, orang-outans, humans, pigs, horses, rhinoceros, sea cows and many other things according to (oneZoom.org who is often nicely updated).

You can explore the tree of life by yourself. Either go on tolweb.org (Here are the Eutheria) or on oneZoom.org. I think that oneZoom is more up-to-date than tolweb.

You probably want to follow an introductory course of evolutionary biology. The Understanding Evolution project at Berkeley would be a great introduction

4
Hershey and Chase experiment
25
Do apes and humans share 99% of DNA or 99% of genes? What is the difference?
0
DNA adaptation in human life
7
does order of genes in a chromosome matter?
13
"Same" DNA vs genes
7
Can an argument be made that humans are 90% bacterial?
0
All somatic cells contain the same genome, then how does it knows that it should develop into a specific organ?