What dangers would the wireless transmission of power through microwaves pose to living organisms?

If we were one day able to harness the power of "wireless electricity", and INTEGRATE it into society, what disadvantages and/or dangers to living organisms would become relevant at that point? To my understanding, the power would be transmitted through microwaves, which may or may not be correct.

The example I will use in regards to "wireless electricity", would be... The transmission of power from one source to another without the need for power cords, or power lines.

One such instance, according to "http://phys.org/news/2015-03-japan-space-scientists-wireless-energy.html", states "The idea, said the JAXA spokesman, would be for microwave-transmitting solar satellites—which would have sunlight-gathering panels and antennae—to be set up about 36,000 kilometres (22,300 miles) from the earth."

Whether wireless power transfer is safe depends on the type of power transfer. Inductive coupling is generally safe, but only works across small distances (i.e., millimeters to centimeters). The other option is far-field or radiative technology, where either visible light (from lasers) or microwaves are used. The latter has not been applied much, some uses have been found in space technology. Their safety in general will depend mainly on the power being transmitted. For example, a laser can be destructive if it is powerful enough.

I will focus on inductive coupling, because it is not only safe, it is commonplace. The prime example being cochlear implants. Cochlear implants are basically electrode arrays implanted in the inner ear to directly electrically stimulate the auditory nerve in deaf people where the hair cells have degenerated (or were never there). The implant is powered by an external battery worn behind the ear. It is coupled to a head-worn external coil that wirelessly transfers the power needed to drive the implant to an internal, surgically implanted coil. I'm not entirely sure about the exact numbers, but more than 100,000 folks around the globe have received one or two cochlear implants. 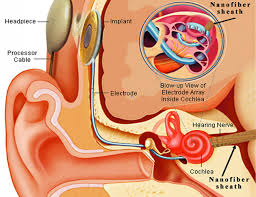 Very similar technology is used in retinal implants. Retinal implants electrically stimulate the degenerate retina to [partly] restore vision in the blind. For example, the Argus II deploys an external coil mounted on a pair of glasses that wirelessly couples to a surgically implanted coil in the eye to power the implant. Being newer technology, there are not more than two hundred or so people implanted worldwide as we speak, but this number will definitely sore in the near future, all, or at least many relying on wireless power transfer. 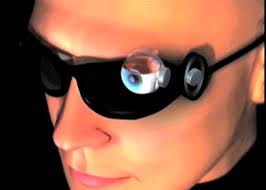 Not the answer you're looking for? Browse other questions tagged energy safety electrical-stimulation or ask your own question.