I am trying to find out what the world distribution of life expectancy looks like.

I took the most recent WHO data from here and did a quick an dirty analysis in R. Here is the histogram as well as a normal distribution with the same mean and standard deviation as the actual data: 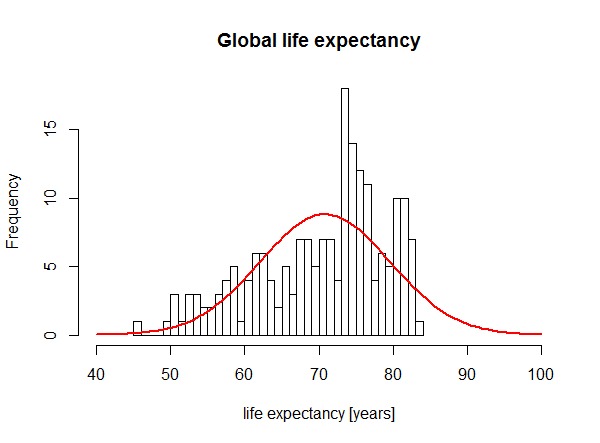 Does not look very normally distributed. In fact, the shapiro test confirms this impression: 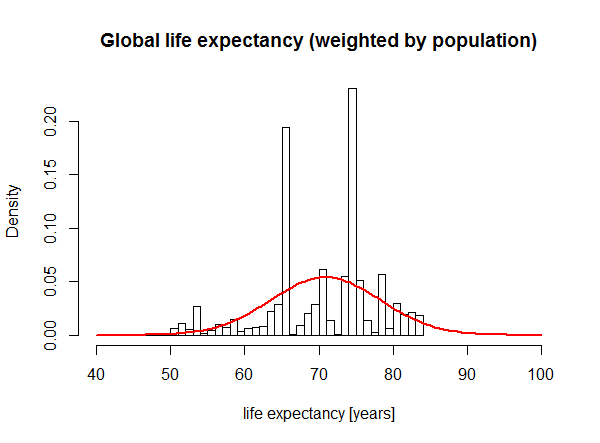 Apparently, the large populations of China and India produce disproportionally high bars. However, keep in mind that we are using averaged values which means that all the variation within countries is not represented by the histogram. We would actually have to have data on individual ages of death for a random sample of the world population to finally settle the question. :/ 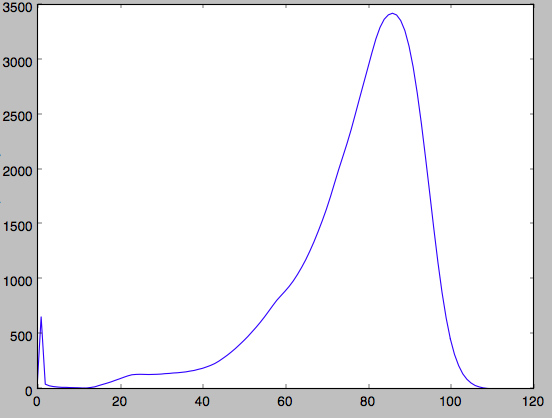 This looks like it makes sense - the high death rate at birth, the plateau during the 20-40 range, then the rapid escalation past middle age, and eventual decline shortly after reaching the average life expectancy range.

However, while it looks a lot smoother than plotting the averages of individual countries, it's definitely not normally distributed. 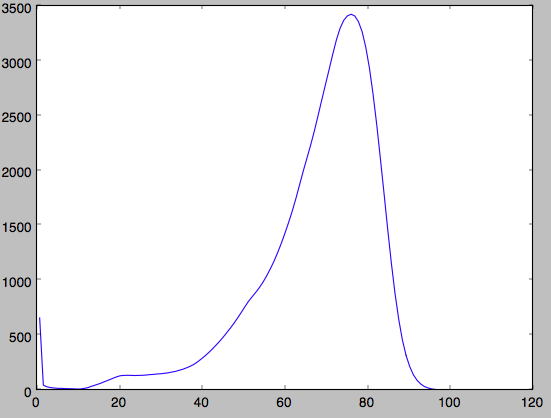 Not the answer you're looking for? Browse other questions tagged human-biology population-dynamics population-biology lifespan or ask your own question.

9
Why do skinny people live for shorter than the norm even though calorie restriction extends life expectancy?
2
What is the global average BMI?
2
Where can I find a global life expectancy table?
4
Has a beneficial mutation ever been documented?
39
Are there biological reasons why life expectancy is lower for men in most countries of the world?
1
How does human life expectancy change with age?
3
Animals as organ donors and organ's life expectancy
1
Why isn't life expectancy normally distributed?