Query from a ppt slide

I came across this slide: 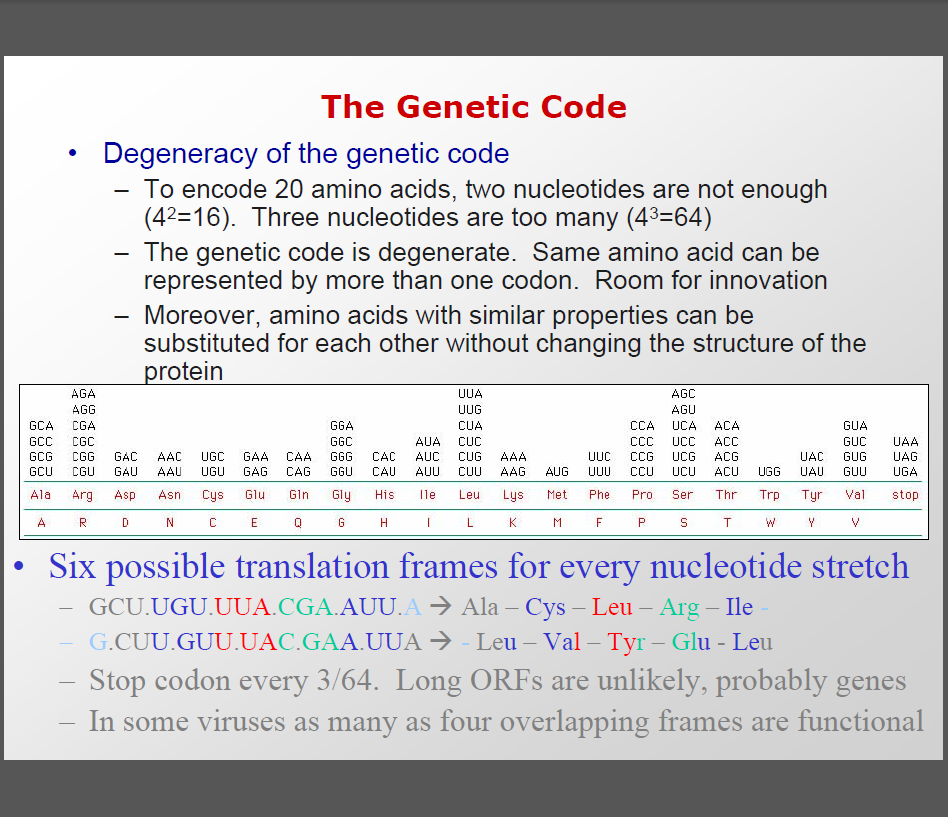 Now I haven't understood what the last two grey colored lines mean. Can't ORFS be of any size? What is overlapping frames here?

Can't ORFS be of any size?

I think the point being made is that in a random sequence of 64 amino acids, on average 3 out of 64 should be stop codons, because there are three possible nucleotide sequences for stop codons (UAA, UAG, UGA). ORFs could theoretically be any size but the longer the sequence the more likely you are to come across a stop codon purely due to probability.

What is overlapping frames here?

An example of overlapping frames is shown in the slide:

Not the answer you're looking for? Browse other questions tagged genetics dna sequence-analysis gene or ask your own question.