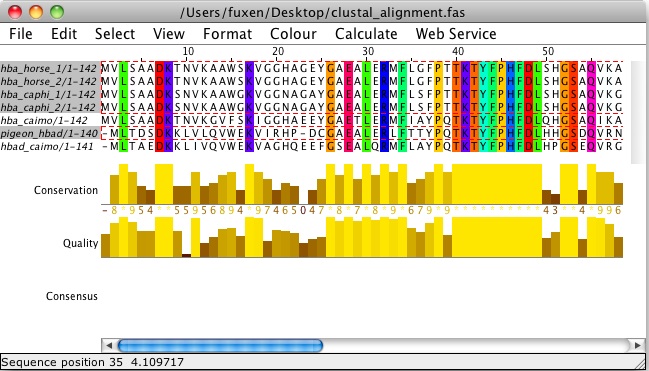 7
What makes a DNA sequence motif a DNA sequence motif?
0
Nucleotide sequence for STRING protein sequence
4
Identifiying a conserved residue in multiple PDB structures
0
Identity and similarity for Multiple Sequence Alignment (MSA) of proteins
1
Which algorithm to find the evolutionary relation of 5 sequences?
0
Designing degenerate primers using alignment of protein sequences from other species
3
Is there a simple way to generate sets of sequences that re-capitulate the topology of pre-defined phylogenetic tree
0
How to convert enrichment/depletion to frequency for comparing deep sequencing to sequence profile?
2
How evolutionarily conserved are UTRs?