Why would villagers attack Orangutans?

I read today in the news that villagers in Borneo were attacking refugee Orangutans. Why would they do this?

In It’s Not Just Conflict That Motivates Killing of Orangutans by Davis et al. (2013), the authors identify number of conflict and non-conflict reasons reported in the study why orangutans were killed in a certain part of Indonesia:

The results from this survey are depicted in this graph: 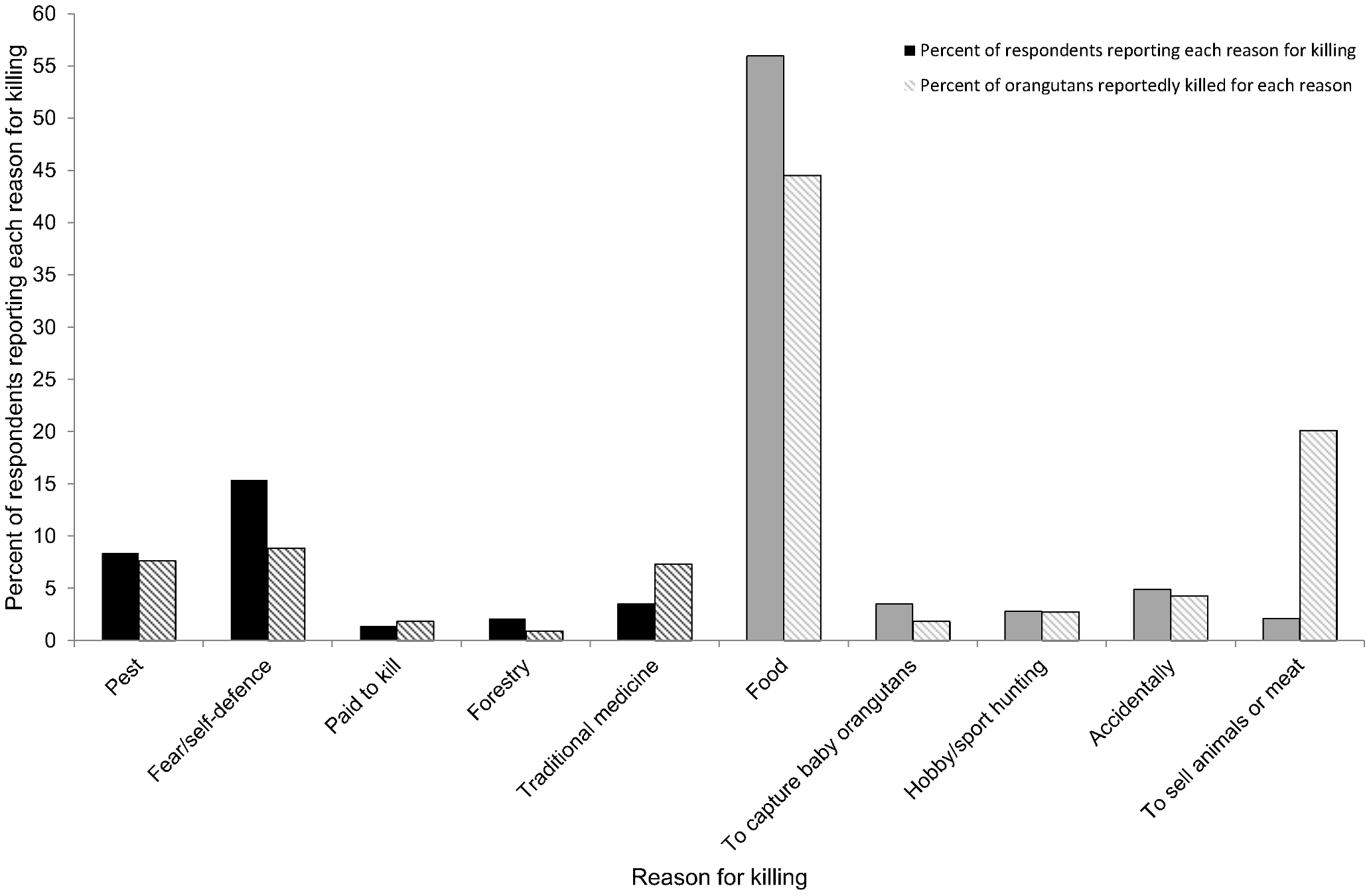 Obviously in this case they were not attacked for food. The impression I got from the article makes me think it was probably motivated by people viewing them as pests or as a threat/danger. It is almost certainly more of a social reason than a biological reason. However, in the absence of specific evidence, it is probably not helpful to speculate why this occurred.

5
If a dead snake reflexively attacks itself, why does it not always attack itself?
3
Why are compost worms sensitive to light?
6
Why would a mother reject her offspring if it has been "interfered" with by humans?
7
Why would a snake follow a kayak?
0
Why do house geckos take so long to react?
3
Why are dolphins born tail first?
34
Why didn't Escobar's hippos introduced in a single event die out due to inbreeding
3
What is this water animal in my swimming pool?
10
Has anyone seen/read interspecies competition that is different at spatial scale for the same group of animals?