How many mega pixels does the eye have?

What is the number of mega pixels available in the human eye? It seems that newer camera models continuously keep increasing their pixel count. However, they never seem to be capable of reproducing what the eyes can see.

Short answer
The total number of photoreceptors ('pixels') in the human retina is 63 million. Approximately 3 million of them transmit focused, color-coded information.

Background
In essence, each photoreceptor on the retina acts as a photosensitive sensor. We have rods and cones in our retinae. Rods confer gray scale vision, while cones are responsible for color vision.

The raw average tally of rods in the human retina is 60 million, and cones count a little over 3 million (Jonas et al, 1992). Hence, we could conclude we have 63 megapixels per eye available.

However, this does not mean that 63 million pixels are sent off to the brain. Instead, just as with a JPG image, it's instantly reduced in size even before the information leaves the retina.

Most importantly, rods are specialized for scotopic (night) vision and 10 to 30 rods connect to a single bipolar cell (Kolb, 2011). Hence, this feat only reduces the number of 'rod pixels' to about 3 million. Cones generally synapse onto a single bipolar. Hence, 6 megapixels leave the retina approximately.

The retinal image is generally focused onto the fovea, which is the central 18o of the total ~160o that is covered by a retina (Fig. 1). The remainder of the retina may receive a blurred image projection. 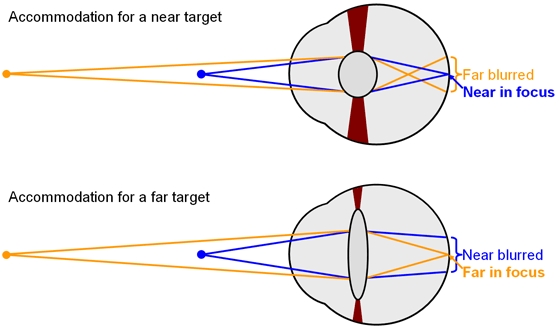 Fig. 1. Image focussing through accommodation on the retina. Source: Health Problem and Solutions

The fovea is densely packed with cones and contains nearly all of them (fig. 2).

Hence, the focused part of the image may be encoded by as little as 3 million cones. Since rods don't provide color information, it can be concluded that focused, color-coded information is conveyed by 3 million photoreceptors per retina.

Ultimately, however, it is important to note that the brain fills in missing gaps. For example, the optic disc, i.e. the point where the optic nerve leaves the eye, measures about 1.5 mm in diameter (Kolb, 2011). Given that the total diameter of the retina is about 30-40 mm this is quite a big blind spot. The brain simply fills in that gap by estimating what supposed to be there. In fact, many people with degenerative diseases of the retina don't even notice their deficits until they start bumping into objects that they did not notice. However, they do not see black holes, but instead their brain has been filling in the gaps with the information available in the remaining image, just like it does with the optic disc in normally-seeing people.

Actually the human eye has variable resolution, with higher resolution around the fovea and lower as we move away from it. So I don't think the 576 MP is correct.

Our eyes are really horrible in many optical properties. The brain makes up for these errors and corrects everything, so in this sense your question is a poorly proposed one, as we should probably perhaps stop improving resolution of camera sensors and start improving the software that analyses the data they receive.

3
Visual phototransduction, neurons depolarization when no light: why?
3
Can crows see in ultraviolet? If so, does their plumage look different in UV?
2
Is chromatic aberration related to the spectral sensitivity of the human eye and can it cause “relative myopia” and “relative farsightedness”?