What is the name of this snake?

This baby snake just came inside my house in Sri Lanka, and I'm wondering whether it is venomous. Do you know this snake? 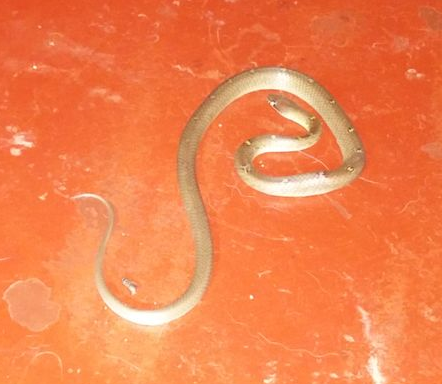 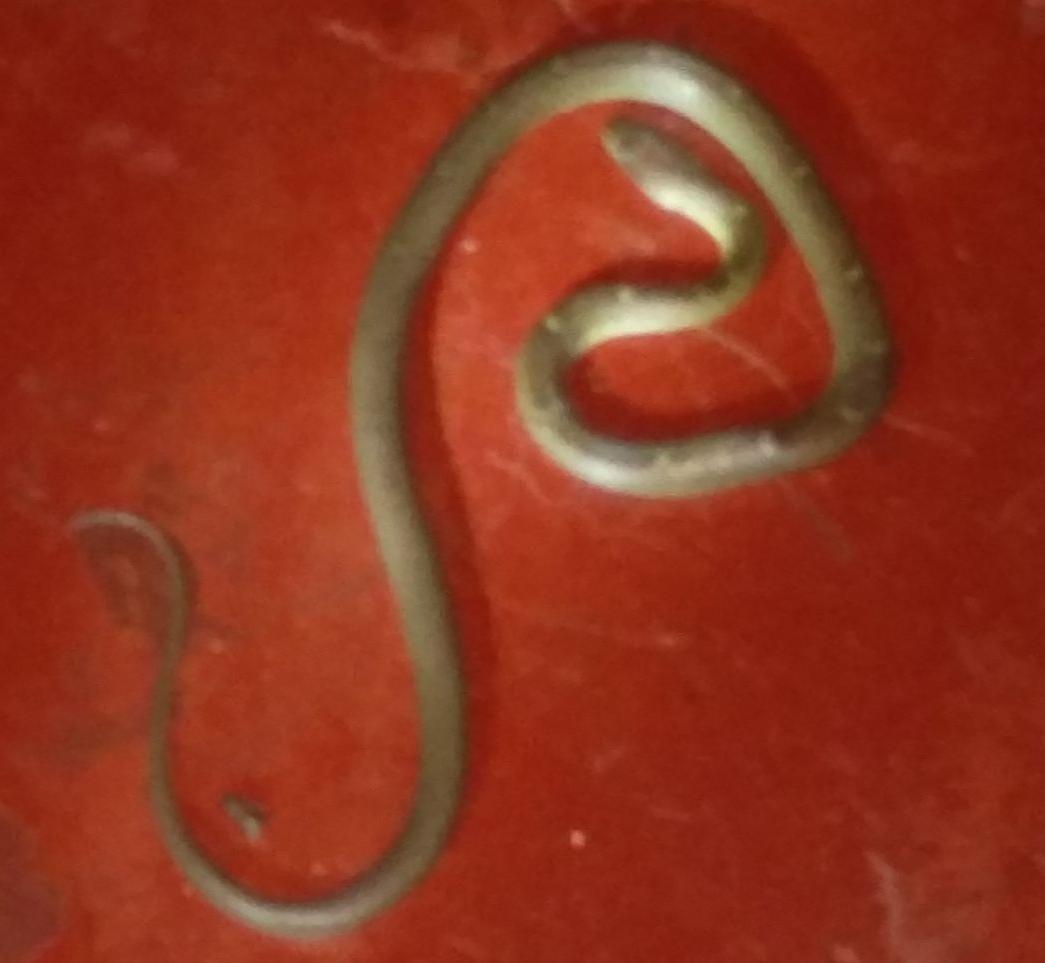 I am posting this from my phone so I am unable to format properly. And I have small children in my house, therefore I am worried about their safety.

I'm not an expert by any means, and anyone with proper training could probably provide a more informed opinion, but here's my thoughts. The patterning looks similar to Oligodon taeniolatus, an small, nonvenomous snake found throughout the region: 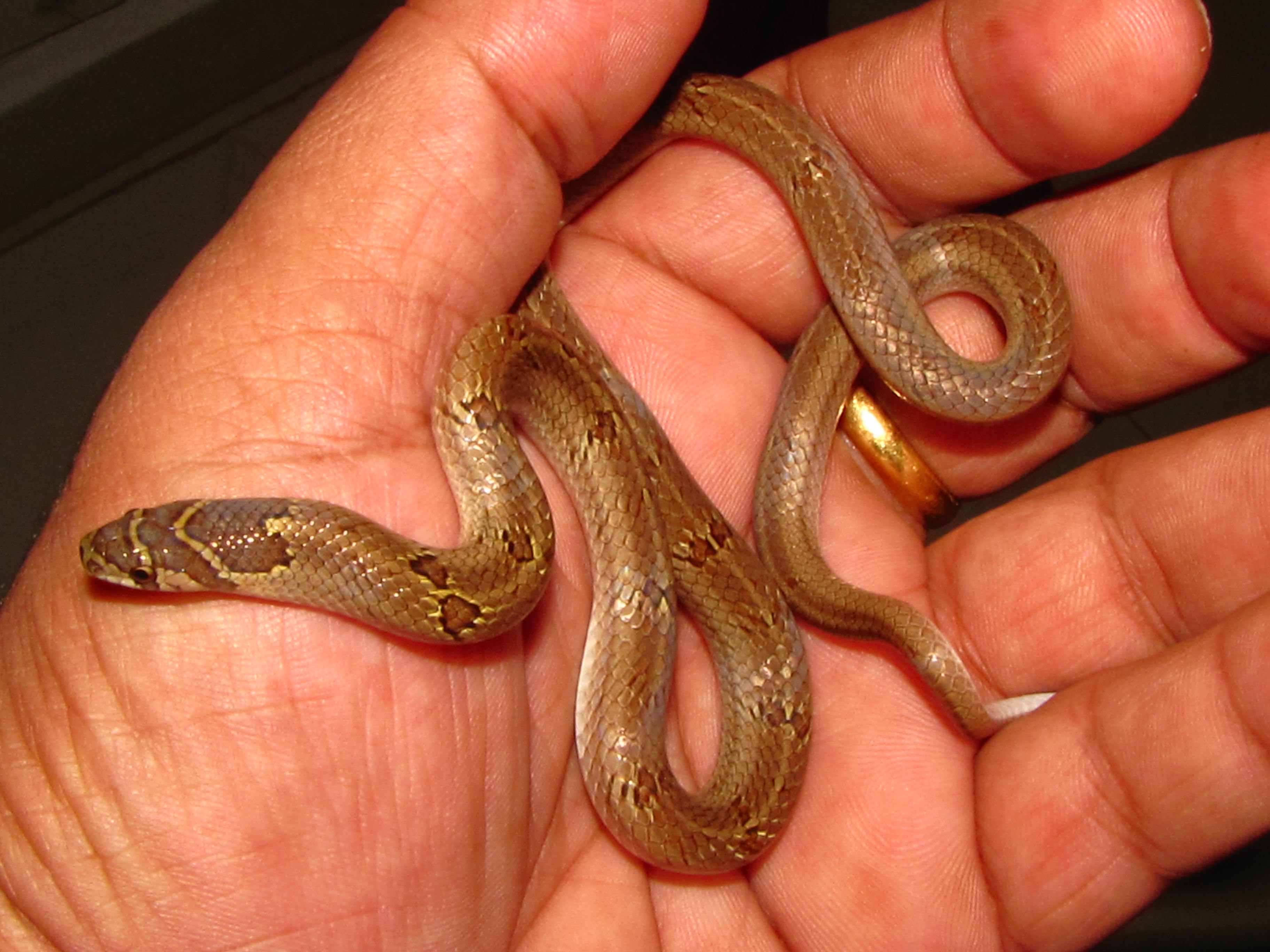 I'm not entirely sure about this identification, mostly because the pattern on the head looks a bit different. Sri Lanka has a large diversity of snakes and finding an definitive identification might be difficult without better images. There seems to be only a handful of snakes considered deadly, and this doesn't appear to be one of them. However, as I said, I'm not an expert, and even if it's not one of the 'deadly' ones, that doesn't mean it couldn't be dangerous to small children or pets. If you intend to capture and release the snake away from the house, I'd still recommend caution when handling it or contacting a professional.

Just to add another option:

You'll notice the keelback in this picture copied from Fernandoa et al. (2015) has an almost identical skin tone and line running behind the eye. 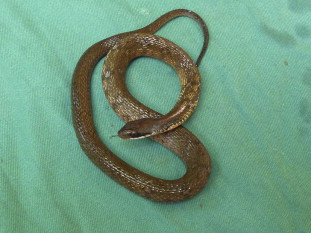 However, this image does not show the dots.

Though a mature snake is very different colored, you'll notice from this picture that the mature keelback has a very similar spotting design as the snake you've photographed. 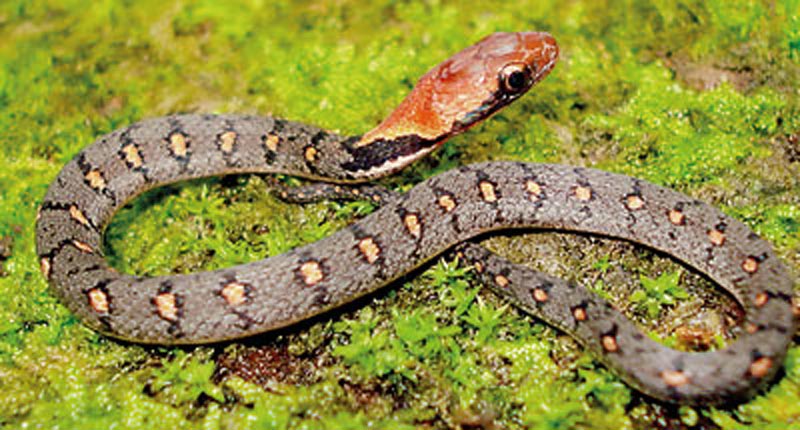 IF this is the case, and this is in fact your species, then there is at least one source (Fernandoa et al. 2015) that suggests that the snake is venomous.

My answer's coming late but thought it's worth checking out the comment made by Anutapa bhattaharya that it was a wolf snake. I realise he only said it with no references or photos but still, since his name strongly suggests he's from Sri Lanka, I thought I'd see.

I believe he's correct and the snake in the photo is an Indian wolf snake (Lycodon aulicus), a common non-venomous snake that's encountered often enough in houses at night that it's earned the name 'house snake' in Sri Lanka.

I enhanced the first photo shown in Isuru's photo to better make out the markings and believe he's correct. Here are a few photos I found through Google of wolf snakes. 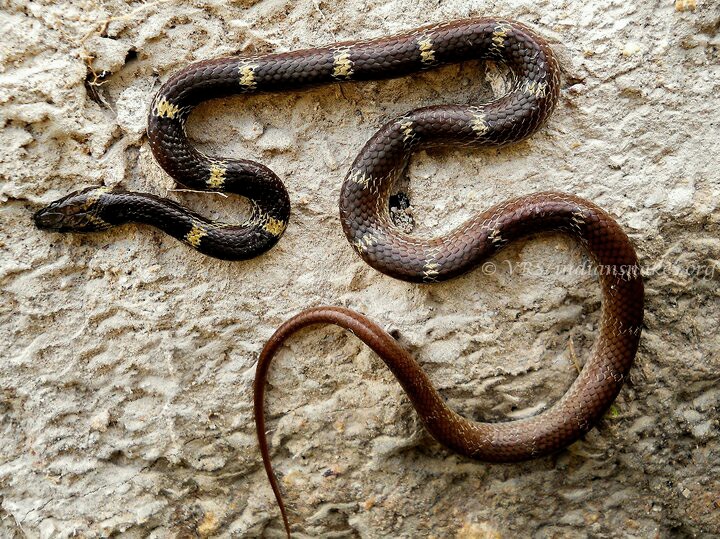 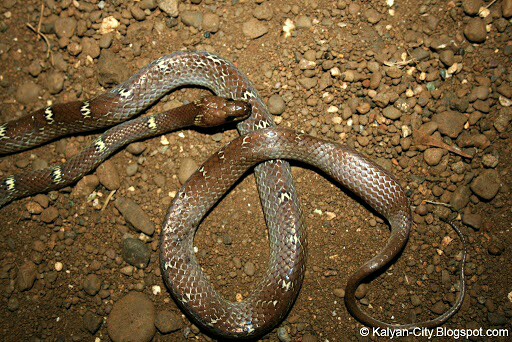 Not the answer you're looking for? Browse other questions tagged species-identification reptile herpetology snake or ask your own question.