Mitosis versus Meiosis I: What's the difference?

At the end of mitosis, one cell has divided into two diploid cells. But at the end of meiosis I, there are two haploid cells. How are the two processes different to produce these two types of cells? 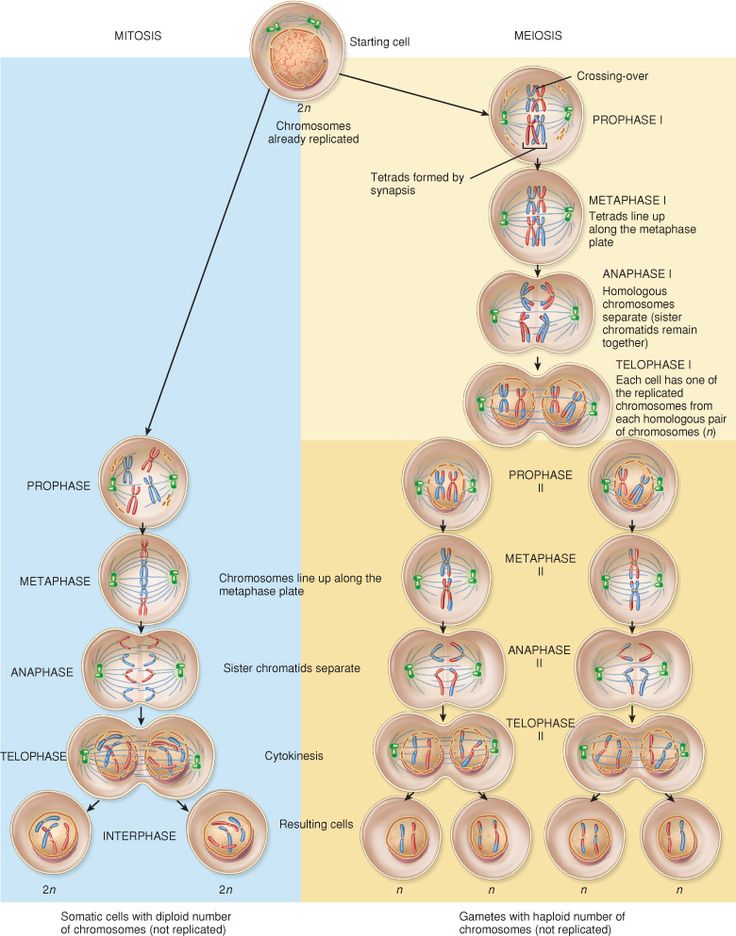 Not the answer you're looking for? Browse other questions tagged cell-biology meiosis mitosis or ask your own question.

6
What type of cell do you start with in Meiosis?
5
Meiosis vs. Mitosis
5
Where do most mutations come from, mitosis or meiosis?
0
Why isn't meiosis II called mitosis (as the chromosome number doesn't half)?
2
How are germ cells not reduced in number?
1
Do chromosomes line up as pairs in mitosis or meiosis?
1
Is the cell cycle applicable to meiosis as well, or just mitosis?
1
Why does Meiosis produce 4 daughter cells instead of 2? Won't splitting the initial diploid cell into two haploid cells be easier?