Death from too little salt?

Part of this depends on the exact nature of "salt depletion" you're referring to. I have never actually heard of a case of hyponatremia being caused by low consumption of salt. We don't need to consume NaCl. It's present in the foods we eat in adequate amounts. We may want to salt our food, but it's not necessary for life.

Hyponatremia is an electrolyte imbalance, be it due to excess intake of H2O, inappropriate H2O retention, excess Na+ loss, hyperglygemia or other osmotic force, or other cause. For ease of explanation, I'll address acute hyponatremia, as it leads to death more rapidly. Hyponatremia kills because of the difference in the concentration of sodium across cell membranes.

Water accounts for 60% of total body weight, with approximately two-thirds being intracellular and one-third extracellular; of that extracellular water, ~75% is in the fluid between/surrounding cells, and 25% is in blood vessels. Distribution of water/Na+ throughout the body is very tightly regulated.

When serum sodium falls too low, free water moves from areas of lower concentration to higher (into the cells). Tissue becomes edematous. While this isn't a great problem for some tissues, it is for the brain.

The brain is enclosed in a rigid compartment (the skull) with a small amount of fluid (cerebrospinal fluid, or CSF) surrounding it. Inferiorly, there is an small opening called the foramen magmun, where the brainstem leads to the spinal cord. 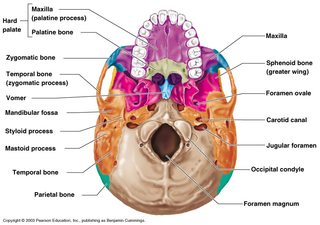 When water moves from the blood into the cells of the brain attempting to establish osmotic equilibrium, the brain compensates for the increase in volume by forcing CSF out. This buys some time, but not enough; there is headache and nausea. As the brain continues to expand, intercellular fluid is forced out into CSF (which is being displaced by the brain.) This causes hyperexcitability which leads to seizures. In the meantime, astrocytes swell. Blood flow to the brain is reduced because of increased intracranial pressure, which further damages the cells, increases cellular edema and coma ensues.

If this isn't bad enough (it is; it's an almost irreparable cascade of events), the edema can actually "push" the lower part of the brain down through the foramen magnum resulting in brain stem compression and respiratory arrest. At this point, few people make it back intact with even the best help.

Basically with too little sodium, it goes from bad to worse until the heart and lungs are affected and the person dies.

Not the answer you're looking for? Browse other questions tagged minerals or ask your own question.

6
iodine: how did they manage without it in old ages? (People who were living far from the sea)