Why is the penicillin/ceftriaxone hypersensitivity test only done once?

I have had a severe bacterial infection. I was prescribed ceftriaxone, and when the time came for injecting it the nurse asked me whether I have an allergy to ceftriaxone. I answered that it's my first time, so she did the test and it was negative.

I was expecting a second test because as far as I know from type 1 hypersensitivity the body - even if it is sensitive to an allergen - won't show a reaction the first time. The body makes the particular IgE and in the next exposure of same allergen it will have an allergic reaction.

So why is only one test done, considering the first two columns of the following picture? 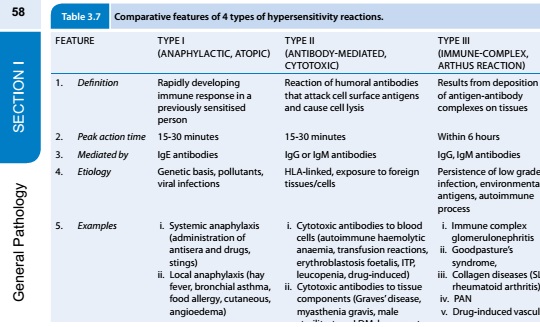 Because developing a hypersensitivity takes time. If you get exposed to an allergen, the body first has to produce those antibodies that then get used in the hypersensitivity response at the second, or subsequent, exposure.

If you are talking about taking a second test just minutes after the first one, how would your body even "know" that this is a second exposure? Two exposures within minutes are not distinguishable from one exposure for the body.

Usually, an allergic reaction shows the second time a patient takes a full course of antibiotics. It does not show at the second oral dose or injection, which are way too close to the first dose to have already lead to the developing of a hypersensitivity.

So, why test you in the first place? Because you might have been exposed previously without remembering it - people misremember what medication they got during their childhood all the time, I imagine, and your doctor/nurse seem to just routinely do the test before giving these antibiotics.

Update on the Management of Antibiotic Allergy

There already has been an answer but I'd still like to clarify further. I'm assuming the OP was expecting a second skin test because type 1 hypersensitivity requires a repeat exposure. Getting exposed to the antigen will just get you sensitized but will not precipitate the reaction.

What I want to clarify is that the skin test doesn't test whether you are allergic to a medication but if you are already sensitized to it. It is important to get the difference.

If you have. never been exposed (hence sensitized) to ceftriaxone before, the test would be negative even if you are actually allergic. And as sensitization needs time, you wouldn't be getting tested right afterwards (as mentioned in the comments). Instead, you'll be given the dose.

So why skin tests? That's because the dose is low and intradermal - chances of a full blown anaphylaxis are lower (not zero) even if the pt. is previously sensitized.

So, to conclude, as mentioned in the previous answer, the skin test is done just once to check if you've already sensitized, since rarely do people precisely remember the medications they have been previously exposed to.

Not the answer you're looking for? Browse other questions tagged immunology antibiotics allergies hypersensitivity or ask your own question.

15
Why does Penicillin only affect bacterial cell walls
4
How does injecting low doses of allergens cure allergies?
1
Why do alpha-gal allergies only occur after a tick bite if alpha-gal is already present in red meat?
6
Why don't allergies cause fever?
0
Do plasma B cells express the BCR or only produce soluble antibodies?
0
If the covid-19 appeared once, could it reappear anytime?