Effect of sex-ratio on the effective population size

As stated on this wikipedia article, the effective population size $N_e$ when the sex ratio differs from $\frac{1}{2}$ is

I understand the biased sex-ratio decreases the effective population size and the formula is quite simple. However, I would fail to prove that this formula is right.

"...the smaller number of males still contributes half of the genes in the next generation..."

Imagine the classic drift example with a bag of blue and red marbles, but have the parental generation with an unequal number of marbles in either bag.

The population is diploid and dioecious; each parent carries two genes, and each parent must be replaced within the population so each pair must produce two offspring. Consider the case where $N_m = N_f = 1$ (and thus $N = N_e = 2$). The number of genes in this population is four. Therefore, to maintain the same population size, four genes must be drawn from the ancestral population.

While (personally) I can't prove this mathematically, I can demonstrate it using simulation. I've written up a simulator of genetic drift in R, which can cope with unequal sex ratios. 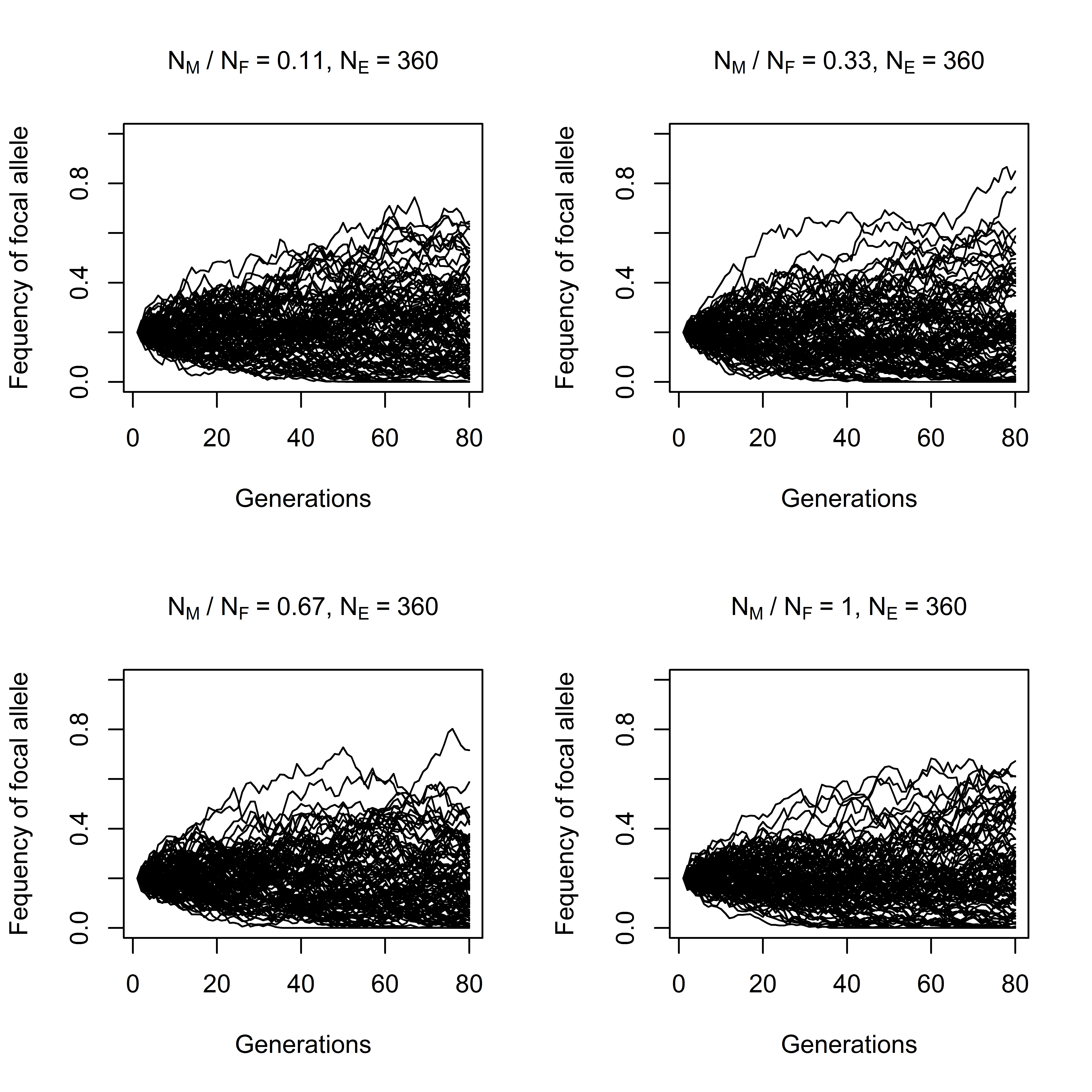 These four use larger populations ($N \times 15$), at the same sex ratios, where $N_E = 5400$ in all cases simulated over 400 generations. Again the groups of simulations behave similarly. 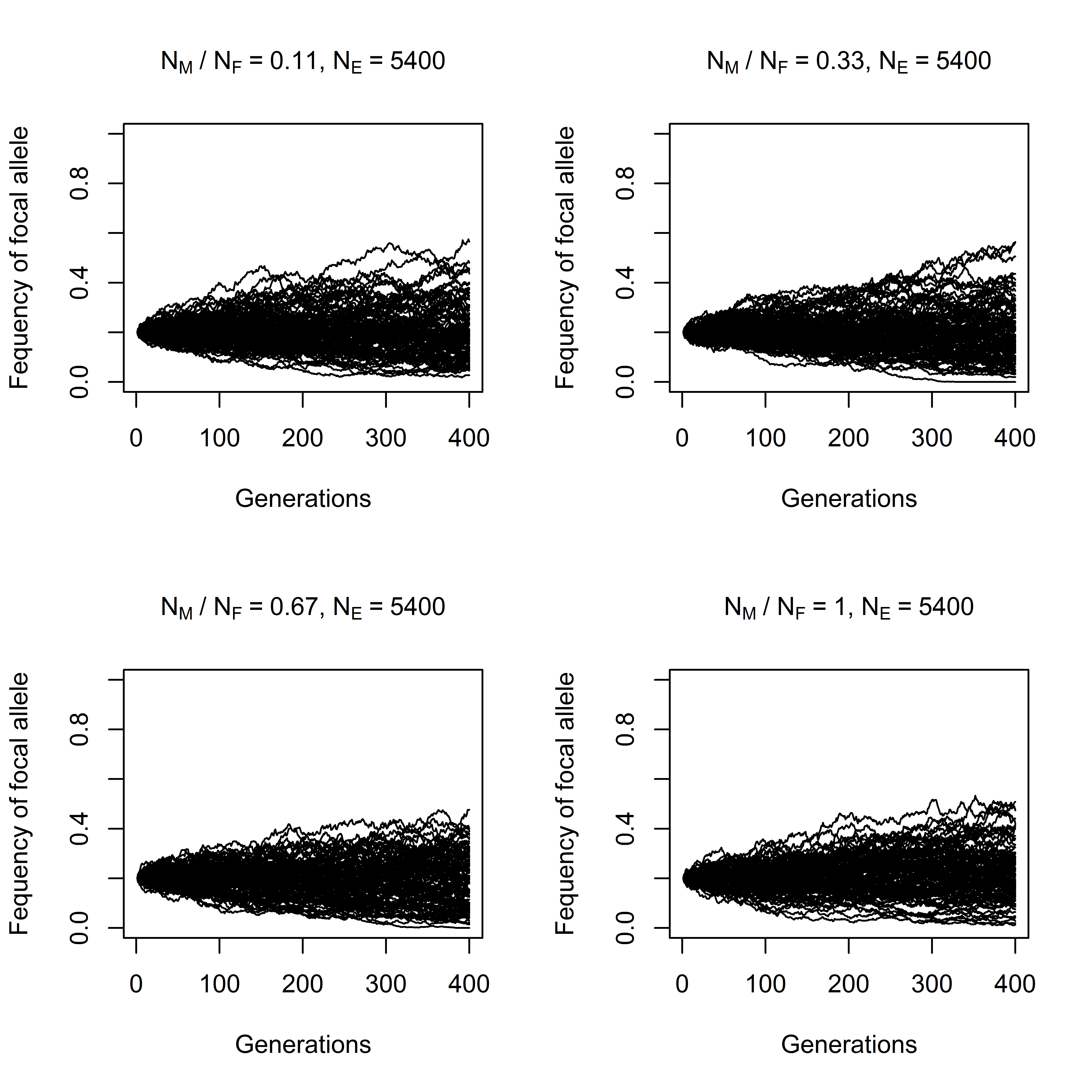 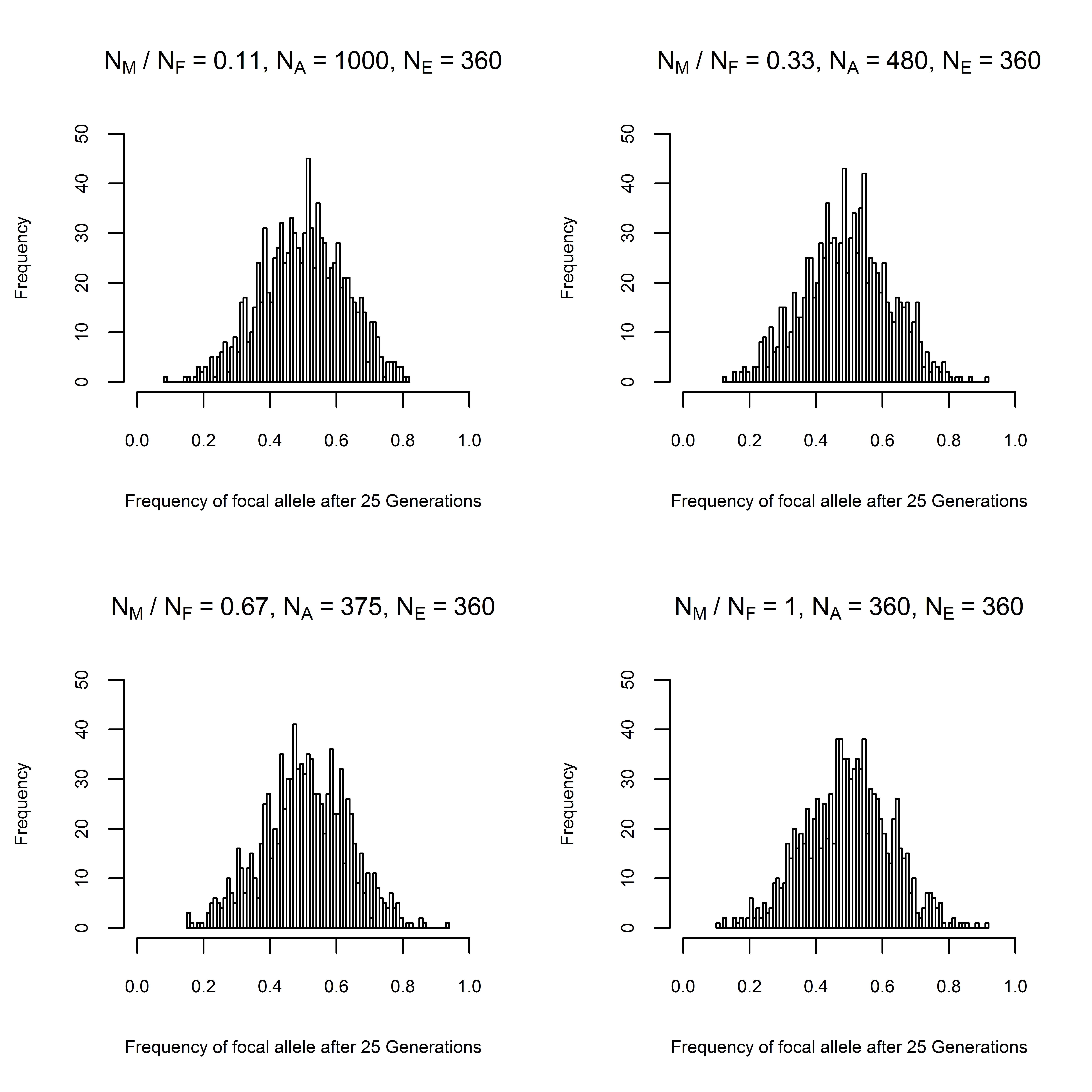 2
Infer gene frequency within a species over time
1
How would cloning affect conservation of rare species?