Why aren't plants' roots as diverse as leaves?

I have been doing some gardening recently and I suddenly realised that all plants have superficially identical non-woody roots of the same size from gigantic trees to small fruiting plants and vegetables. They are all white, no more than 1 mm across, long and flexible with no distinguishing marks. Only when the root start to become woody do they become different in appearance.

Leaves are very diverse even when they have just started to grow, i.e. before they have reached their full size. I can recognise many different plants from their smallest leaves alone but I wouldn't be able to differentiate plants by looking at their roots. So why aren't roots anywhere near as diverse as leaves? 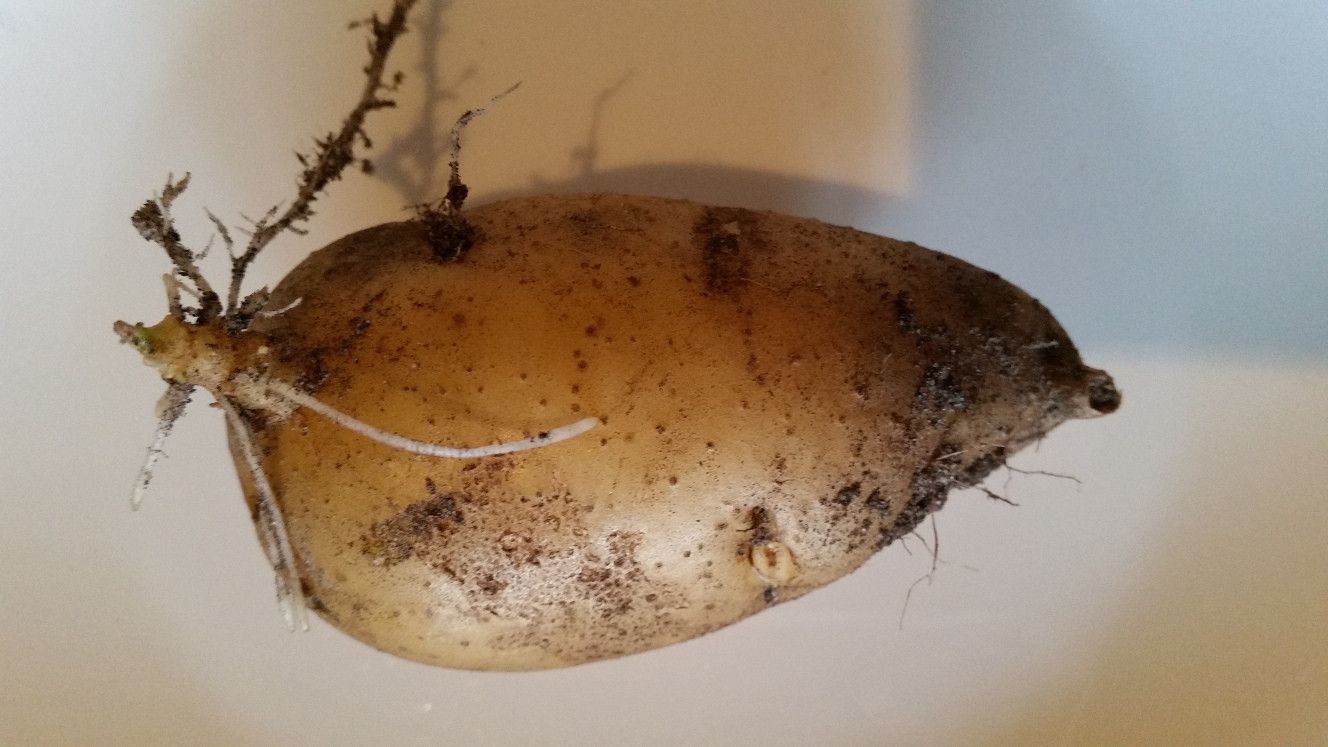 There are 3 main and common functions between all land plant's roots: fix plants to the soil; absorb water and minerals; establish specific relationships with other organisms, principally fungi and bacteria. The external conditions of roots (soil) are quite stable, even though, the different "physical" composition of soil, that is the quantity of sand, clay and rocks, change the physical appearance of size and proportion between the main and the lateral roots.Therefore it is plausible to say that it is not necessary to have a great variety in root's structure; since all roots must carry out same functions, all plant's root underwent a similar evolution.

For the leaves it is a bit different. Leaves must also carry out specific and common functions, as: exchange gas (CO2 and O2); contain photoreceptors to "absorb" light for photosynthesis. However, the external conditions of leaves are shortly and continuously changing and highly different (consider the vary regions of the world, as desert and rainforest) with reference to roots. Therefore each plants underwent evolution depending on these types of external conditions, so as to, of course, optimize their functions but at the same time protect themselves as much as possible. Consider, for example, the intensity of sun's radiation, which, if too strong, can destroy cellular structures, the quantity of CO2 in the air, or the high biodiversity of insects, which can carry diseases, ecc...

Interesting book about evolution is: J.C. Harmon, S. Freeman, "Evolutionary analysis", where it is given an idea of the type of evolution, different species, could undergo. (hope my english is not too bad)

I originally listed two reasons for the relative lack of diversity among roots - the substrate and roots' primary function, transporting water and nutrients. After giving it more thought, I've expanded the list to four reasons.

1. SUBSTRATE - Burrowing animals are far less diverse than animals that live aboveground; note the remarkable similarity between moles, golden moles and marsupial moles - all unrelated. The obvious reason is that they're adapted to living in soil. Roots are similarly constrained by their environment. It's hard to imagine a giant palm leaf growing underground.

2. UNIFORM ENVIRONMENT - Leaves experience light and dark, daily temperature fluctuations and even greater seasonal fluctuations. They may be pummeled by high winds, hail and fire. These variables may influence leaf evolution in many different ways. In contrast, roots grow in an environment that is always dark, relatively protected from wind, hail and fire and relatively stable temperature wise.

3. FUNCTION - Aside from anchoring plants, roots' primary function is transporting water and nutrients. The optimum shape for this is round, similar to the veins in our bodies and the plumbing in people's homes. Rectangular roots or roots shaped like maple leaves make no sense.

In summary, leaves grow in an environment where they are less constrained and less protected by the surrounding substrate and are exposed to a far greater variety of environmental variables and predators.

As far as color goes, I don't see much difference; most roots are whitish or brownish, while most leaves are green. Of course, leaves of some species do change colors in the fall, when temperatures begin to decrease. But, once again, roots are relatively insulated from the cold, especially if the ground is covered with a blanket of snow.

Not the answer you're looking for? Browse other questions tagged botany plant-anatomy or ask your own question.

3
Why are trichomes important for both the roots and shoots of plants?
1
Can roots have cuticle, especially aerial roots?
10
How fast is water transported from roots to leaves?
0
Herbivorous plants that consume falling leaves
2
How do plants maintain air spaces in leaves?
2
Why are newly grown leaves red?
0
Why do plant leaves turn yellow?
6
Why aren't leaves black?