Why do my muscles move slowly when cold?

When my hands are cold, e.g. outside in the winter with no gloves for a while, their muscles begin to move slowly (assume I'm otherwise comfortably warm, e.g. dressed well but gloveless).

I don't seem to lose strength or endurance really, only maximum speed. Coordination is difficult and rapid repetitive movements are impossible, attempts instead lead to a continuous contraction (like normal, but the threshold is much slower). Of course normal function returns when the temperature is brought back to normal.

Why is this so? What is the correlation between lower temperatures and slower muscle response? Is it something with the neurons, something with the muscle tissue, or both? Is it related to blood flow (like when my hand "falls asleep" when circulation is cut off) or is it a property of the tissues themselves?

Sorry for the delay, I was low on time and didn't want to post a poor answer. Let's get into it step by step. The most important thing here is to understand that every single thing you do is a combination of many highly complicated biochemical and biophysical reactions/processes that slow down as temperature gets lower. Since any chemical reaction is a physical process I won't differentiate physics and chemistry any further. The speed of molecular processes is explained by thermodynamics. And in thermodynamics, all other things being equal, things slow down as the temperature gets lower, because temperature is a measure of thermal motion. Why? We will get to that later.

Now, what are those processes we are talking about? I'm not going to list every single molecular cascade in a eukaryotic cell that has something to do with muscle contraction (there are many, believe me). Instead, I'll give you a beautiful example that is directly related to movement. That is innervation. Everyone knows that neurones use axons for long-range transfer of electric impulses. Although people tend to portrait axons as wires, they really are nothing like metal wires, because the resistance is so high any biologically feasible electric signal won't travel for long. So how do axons work? Let's look at one: 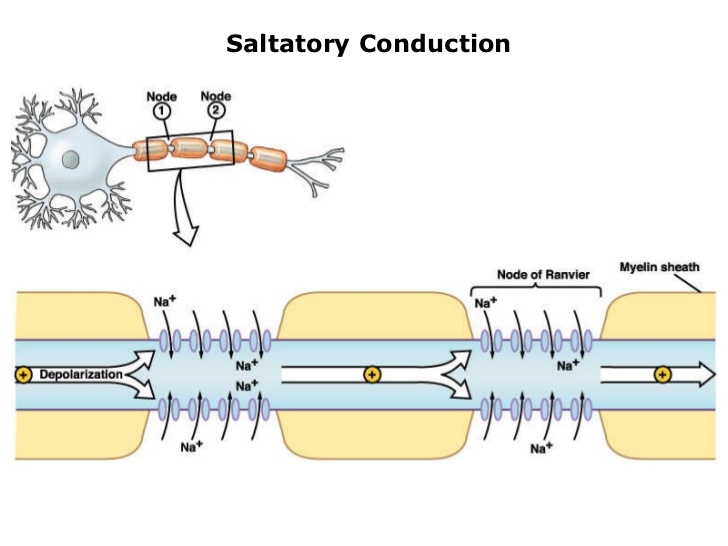 Imagine a chain of Wi-Fi base-stations that retransmit a signal and you have a very good analogy. Any axon is mostly covered by glial cells, forming an isolation-coating (myelin sheath), but there are regular coating-free patches (Ranvier nodes). These nodes are the "base-stations". When a neurone sends a signal, it triggers the depolarisation of its cellular membrane by opening various ion-channels. The first Ranvier node senses the change in the electric potential and opens its own potential-sensitive ion channels, so the signal travels from node to node. In order the neurone to transmit a signal again, it has to recharge all the nodes (obviously, it takes time). The process is done by special active ion-pumps that use energy (ATP) to move ions against the concentration gradient. Now, let's list some thermodynamic processes:

In fact, a similar list of processes can be given for the actin-myosin system that actually performs the muscle contraction, when the cytoplasmic concentration of Ca ions increases after they are set loose from the intracellular Ca-storage facilities (the reticulum) in response to a neuronal or mechanical signal. It's just another charge-shoot-sharge cycle.

Now let's return to thermodynamics. First, consider diffusion. Diffusion depends on the speed of the molecules. The speed depends on temperature. So this is clear and simple (if you don't want to know, why it does). Now, let's consider reactions. Any reaction/process is probabilistic. We call reactions "fast" when the probability is so high there is no lag between individual events. Where does that probability come from? Although details, such as free energy distribution model (e.g. Maxwell distribution in ideal gases), depend on the medium you analyse, the basic idea of any reaction is to reduce the potential of a system. Aside from concentrations, there are 3 basic things to consider: 1. the starting free energy, 2. the activation energy, and 3. the resulting free energy. Let's look at a picture. 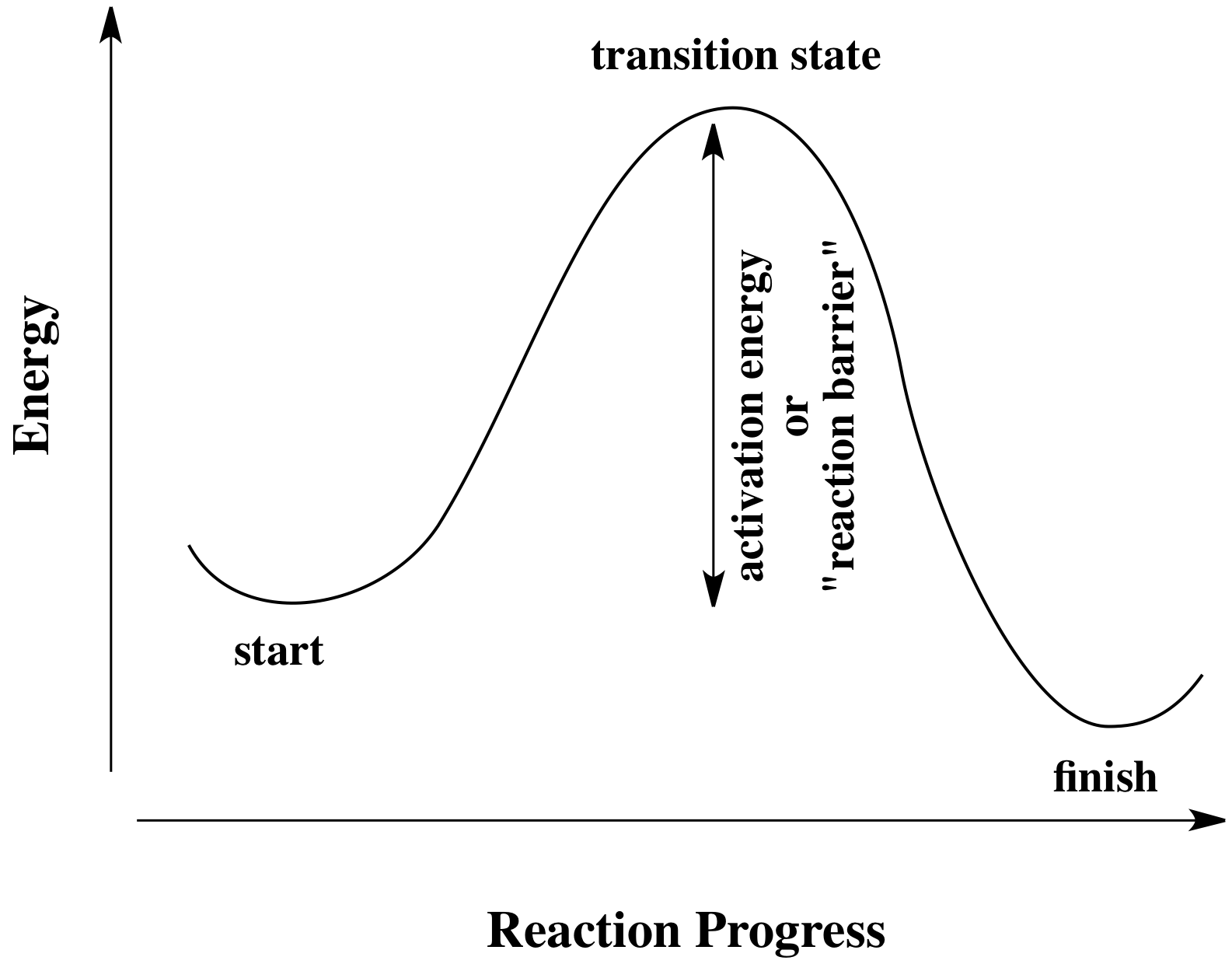 The higher the difference between 1 and 3, and the lesser the difference between 1 and 2, the higher the probability. Okay, this doesn't completely explain why this stuff is probabilistic. The thing is that the starting free energy of reagents forms a distribution, hence only a fraction of molecules have the energy to break the activation barrier. Any time two molecules (that could possibly react) meet, you play a game called "can we make the jump or not". The game is clearly probabilistic. When you lower the temperature, you shift that distribution, reducing the fraction of molecules that can make the jump. Now we can go further into details, but I feel like this is already enough to give a sense of why things slow down as you lower the temperature.

Not the answer you're looking for? Browse other questions tagged muscles temperature or ask your own question.

7
Stabbing muscles when flexed and when relaxed
2
Why some muscles have more tendons than others?
6
Why do crows sit on treetops even when it is cold?
0
why do we tighten out muscles against cold?
2
What happens to eyeball when you push your eye muscles harder?
1
Pectoralis muscles as push muscles vs pull muscles