Why is stimulation of nerve tissue with a negative pulse called "cathodic" stimulation?

Can anyone explain where this terminology comes from and help me resolve this apparent contradiction? It's driven me mad for the past years.

The answer to your (excellent) question is a matter of definition, which has its roots in the 18th century.

A cathode is the electrode where conventional positive current leaves a current source. Conventional current is positive, due to historic reasons. Around 1750, Benjamin Franklin described the flow of current between wool and wax after electrostatically charging the former. He defined the flow of current as being positive, flowing from the surplus side (which he defined as positive) to the current sink (defined as negative). This unfortunate choice is sometimes referred to as the Franklinian approach to electricity, and is still widely used today to describe electronic circuits and referred to as the conventional flow notation (Fig. 1) (Efron, 1960).

Fig. 1. Franklinian approach: the conventional flow of current still in use today for electronic circuits. Source: All about circuits.

The electrical current was only later found to consist of negatively charged particles, namely electrons. The work of Luigi Galvani on electrical stimulation in frog muscles around 1780 and the invention of the electric battery by Alessandro Volta in 1800 eventually led to the discovery of the electron in 1897, attributed to J.J. Thomson and his work on cathode rays shown in Fig. 2. As the figure shows, the true flow of electrical current is the reverse, namely an electron current flowing from from negative to positive. In the meantime, however, the convention of positive current flowing from the positive pole (cathode) to the negative (anode) was already established. Note that this holds for a discharging device. In a charging device, such as the battery, the cathode is negative, and the anode is regarded as positive. 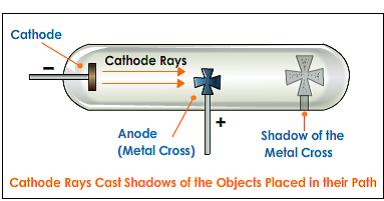 7
Why do neurons have a negative resting potential?
3
Safe parameters for external nerve stimulation using electrical impulses
4
Why does the nerve action potential needs potassium?
4
Why nerve fibre is infatiguable?( is my conjecture correct?)
3
Can anyone explain the idea of anodic nerve stimulation?