Spider Identification: Is this an Arizona Recluse?

I found this spider in my toilet bowl. It was after dark. We live in Prescott Valley, AZ at around 5100' elevation at the edge of a development fairly close to the mountains in grass land.

I'm concerned its an Arizona Recluse (or Desert Recluse). We saw a few of these around the house during the warmer months; this is the first I've seen in a while since its gotten cold, but my wife just did some extra cleaning.

I don't see a violin shape, but this article points out that desert recluse's don't have a noticeable violin. It also looks like it has 3 sets of eyes, but the 4th may just be hidden due to the angle since it looks like the 3 I see in the pics aren't centered quite right. Anyways, if anyone has some insight I would be happy to know. The leg span was a bit bigger than a penny. 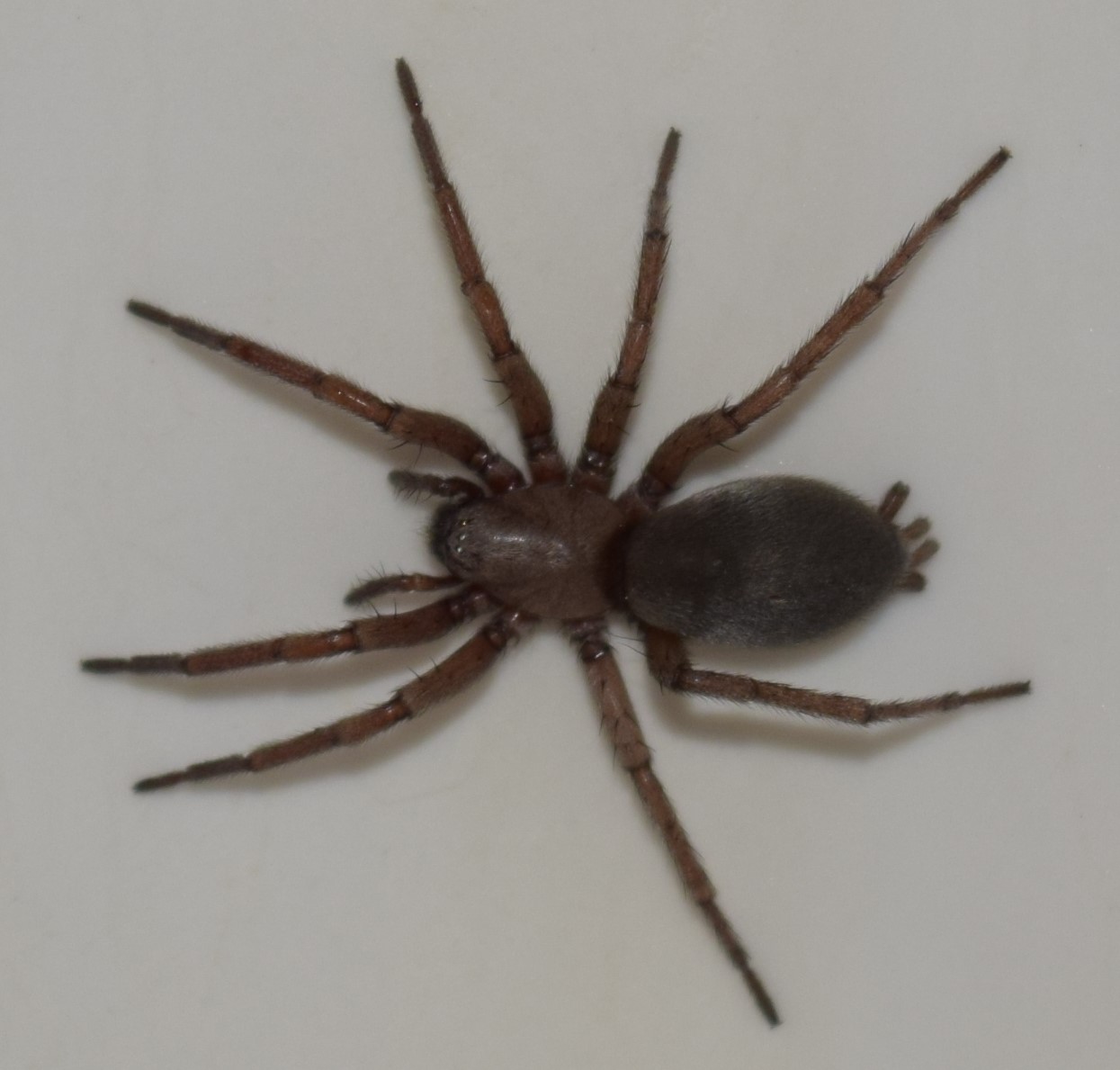 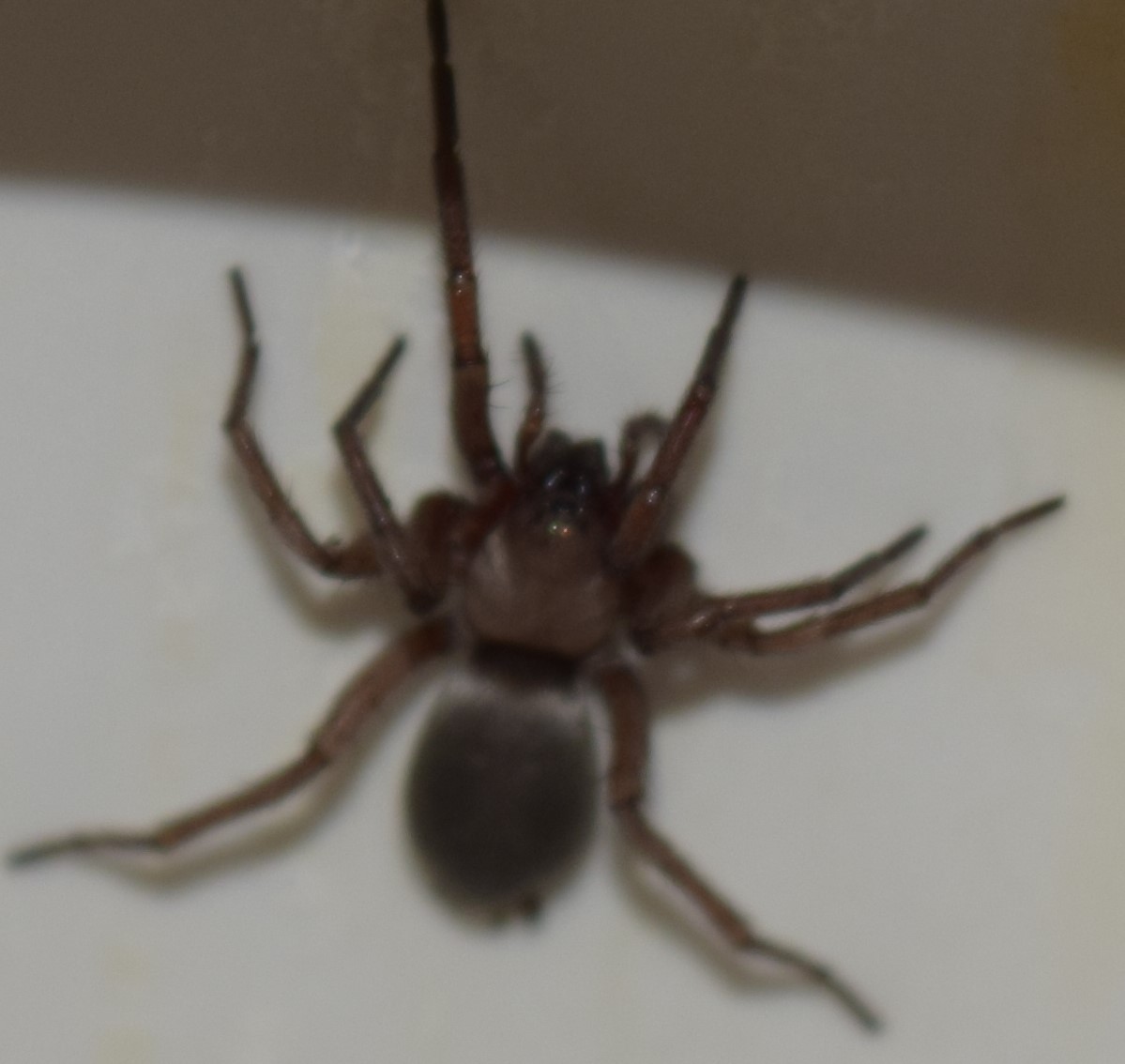 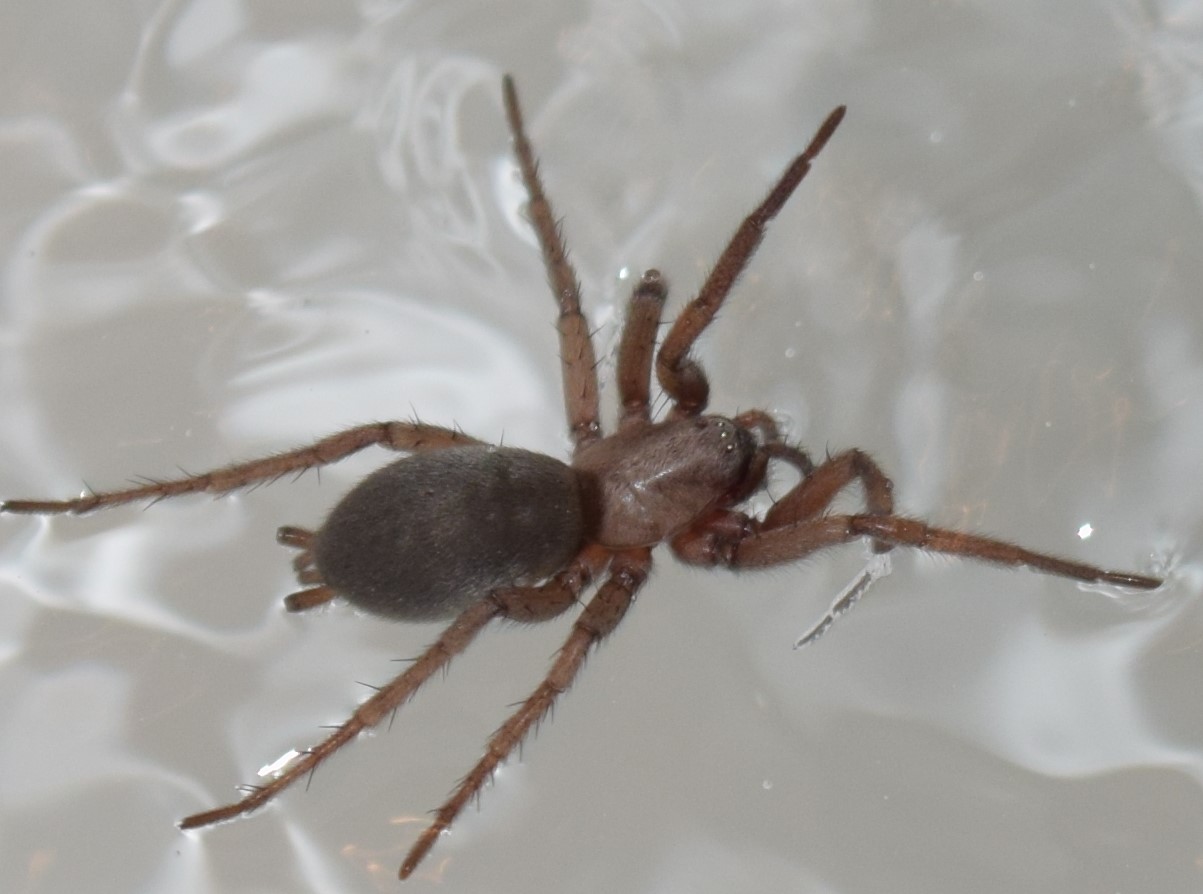 I don't think it's an Arizona recluse. Characteristic of all recluse spiders (including the five varieties found in Arizona):

Your spider has spiny legs. That, plus the fact that Arizona recluses are even less likely to live where humans do (as your article states), and are attracted to dry places, makes your spider an unlikely candidate, but I could be wrong.

The key for this spider is the set of four 'tailpipe' spinnerets. That's characteristic of the Ground Spiders in the family Gnaphosidae. Recluses don't have that - the bulbous Recluse abdomen has the spinnerets oriented underneath like most spiders. The recurved upper row of similar-sized eyes on this spider is also consistent with that group. Not being familiar with western spiders, I'll just leave it at that.

Ah! I finally realized that I need to add further details in the answer itself! So, for sources, I refer you to Kaston, BJ, 1972 How to Know the Spiders; Cushing and Ubick 2009, Spiders of North America; and Bradley 2012, Common Spiders of North America. An invaluable site is also Bug Guide, from which the following photos come: https://bugguide.net/node/view/1970/bgpage . Note particularly the 4-pipe spinnerets. I'm not suggesting any of these as yours; just that yours is most probably also a Gnaphosid of some kind. Also, I now realize that I can only add 1 photo to this. Well, this will do. 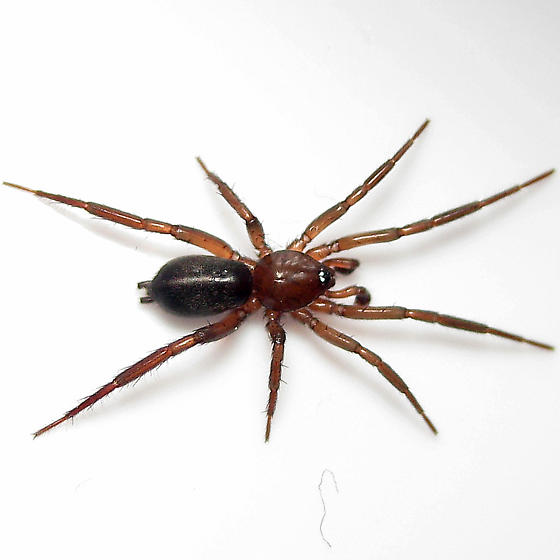 Not the answer you're looking for? Browse other questions tagged zoology species-identification arachnology or ask your own question.