Do we actually know the molecular dynamics of any enzyme?

That is right, is there a limitation, say Heisenberg's uncertainty principle or something that limits our understanding of machinery of enzymes at atomic level? Can we know how do they actually work?

As far as I can tell, there is no explanation of actual design and working principles of any enzyme at atomic scale. Even the nobel prizes are given to discoveries not related to molecular details but rather pathways in which enzymes are not the primary concern, they are just represented as simple geometric shapes.

PS: I know that we have the exact molecular structures of some enzymes discovered using crystallography techniques, but even then, do we know which parts execute which function and how?

This video shows a good example of a resulting video from such a simulation for the CmAAT1 Enzyme, CmAAT1-Hex-aCoA complex. Much more data such as energy values and electrostatic interactions is available from the simulation, but that's not as pretty as the video! 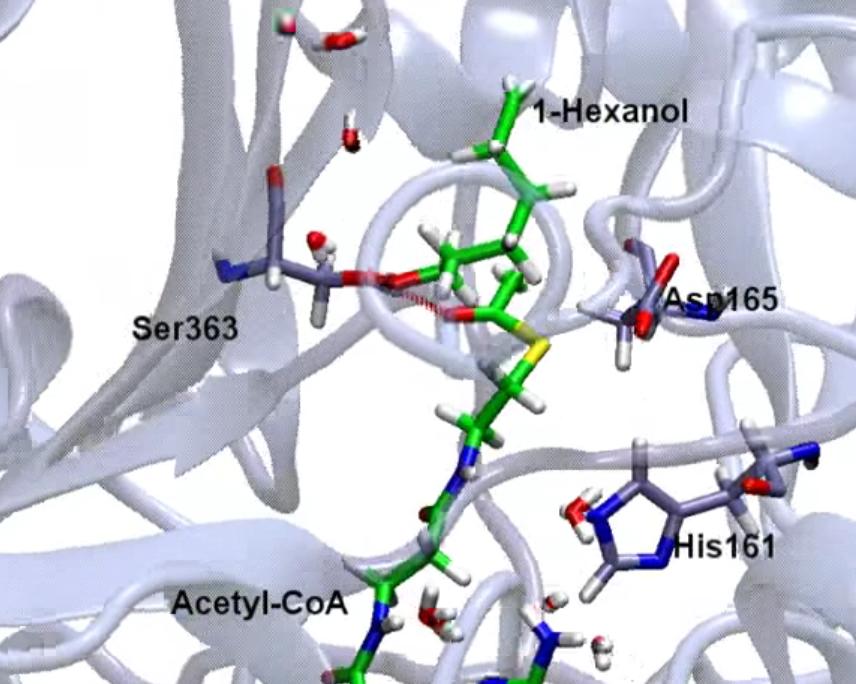 There are also telltale signs of active regions of crystal structures. Software like Consurf can show conserved residues. This implies possible biochemically important features like key structural or enzymatic residues, areas of a protein. The image below is from the consurf gallery and is based on the crystal structure 3COQ. Pink is areas of conservation. It therefor appears that those residues are involved in binding DNA. 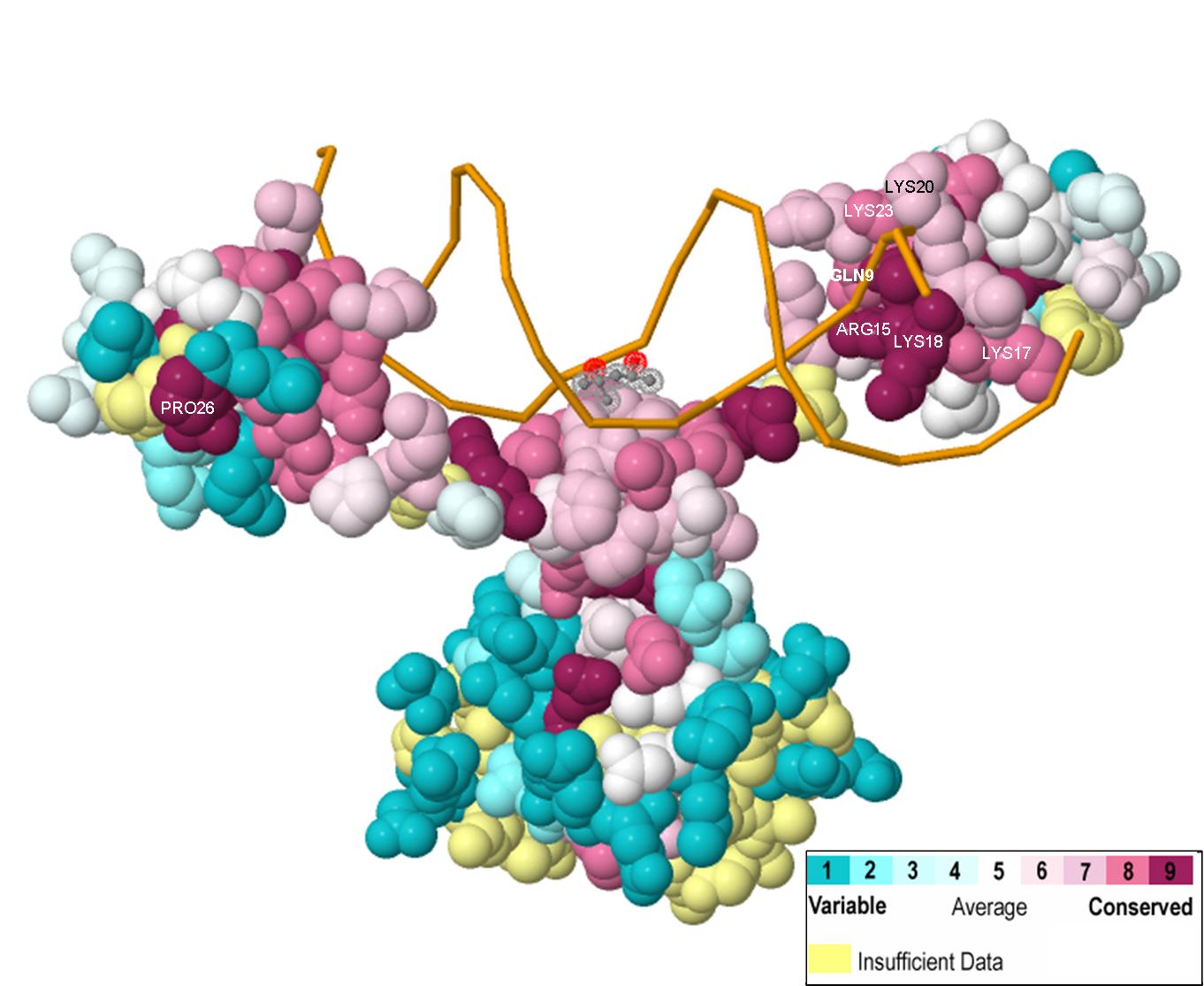 Consurf is only one of many tools for identifying key residues. After these residues are identified, mutant knockouts of the protein can be made to see exactly how the function of the protein is altered. From that, a fairly good mechanistic model can emerge.

The word "know" is a philosophically ambiguous word and I've gathered that scientists generally tend to avoid it. This is particularly true when it comes to the simulation side of things. It is generally best to regard MD simulations as an approximation of what happens.

2
How to calculate or know by experiment the entropy of enzymes or protein?
7
Can any enzyme be produced?
6
Enzyme kinetics; what happens at the peak of the Gibbs energy graph?
4
Enzyme kinetics at the chemical level
3
Why add hydrogens in molecular dynamics simulations?
5
Michaelis-Menten equation; how to find the constants from enzyme activity experimental results?
1
Turnover number of the enzyme catalase