Relation between heterozygosity and allelic diversity in founder effects/bottleneck?

Can someone try to explain me why allelic diversity falls faster than heterozygosity, reminding you that we're talking about bottleneck or a founder effect? Look at this graphic: 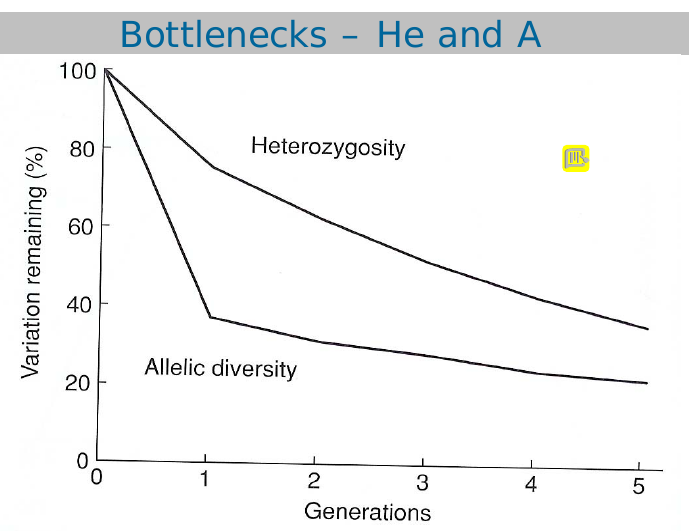 It's clear to me that both are related, so both have to decrease.

It is clear that allelic diversity has a huge fall because there was lost of alleles (specially the rare and uncommon ones that, despite contributing less to allelle frequencies, each one has the same weight to allelic diversity, take a look at the other graphic to understand what I'm talking about). 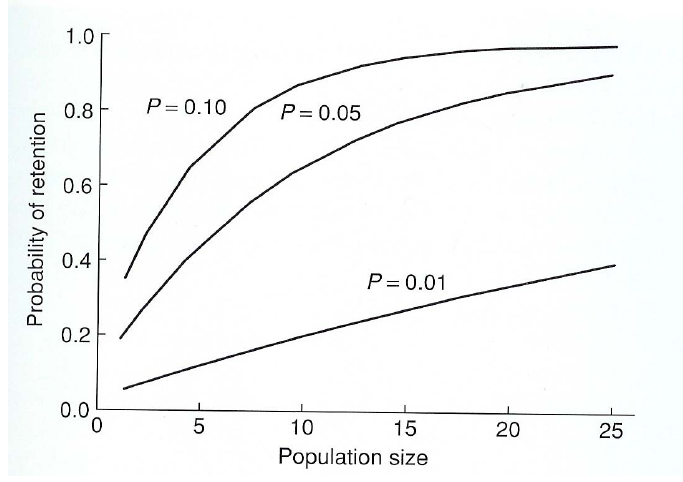 Now, heterozygosity is specifically related to allele frequencies, and since the most rare/uncommon don't contribute much to this, the only alleles that will have a large impact on the decrease of heterozygosity are the more/most common.

Since that after a bottleneck, (probably) the alleles remaining are the most common, heterozigosity will decrease less than allelic diversity.

Browse other questions tagged homework population-genetics or ask your own question.