How does current delivered by a neural stimulator propagate in the brain?

I have been trying to find good literature on how a stimulus current propagates through a medium that contains both gray and white matter (like the brain). Is it safe to assume that a current will spread through grey matter more easily than white matter, because of all the insulation provided by the myelin? Is it then safe to assume that, if you stimulated tissue which has white matter on one side of the electrode and grey matter on the other, the current would preferentially flow through the grey matter?

As an example I tried to sketch something that would represent a deep brain stimulation electrode in the subthalamic nucleus (STN) sending pulses through its bottom electrode (let's assume the return electrode is the implant case and far away from the target structure). As the STN is close to the internal capsule, I'm wondering if any assumptions can be made about the tissue activation region. More specifically I'm wondering if the current would spread more easily through the STN and have more trouble getting past the internal capsule (exciting the fibres there if the current is strong enough but maybe not getting past those fibres because of all the myelin?). So could we imagine the activating region of the stimulus pulses to be biased toward the STN rather than the white matter tracts? Hope this clears things up. 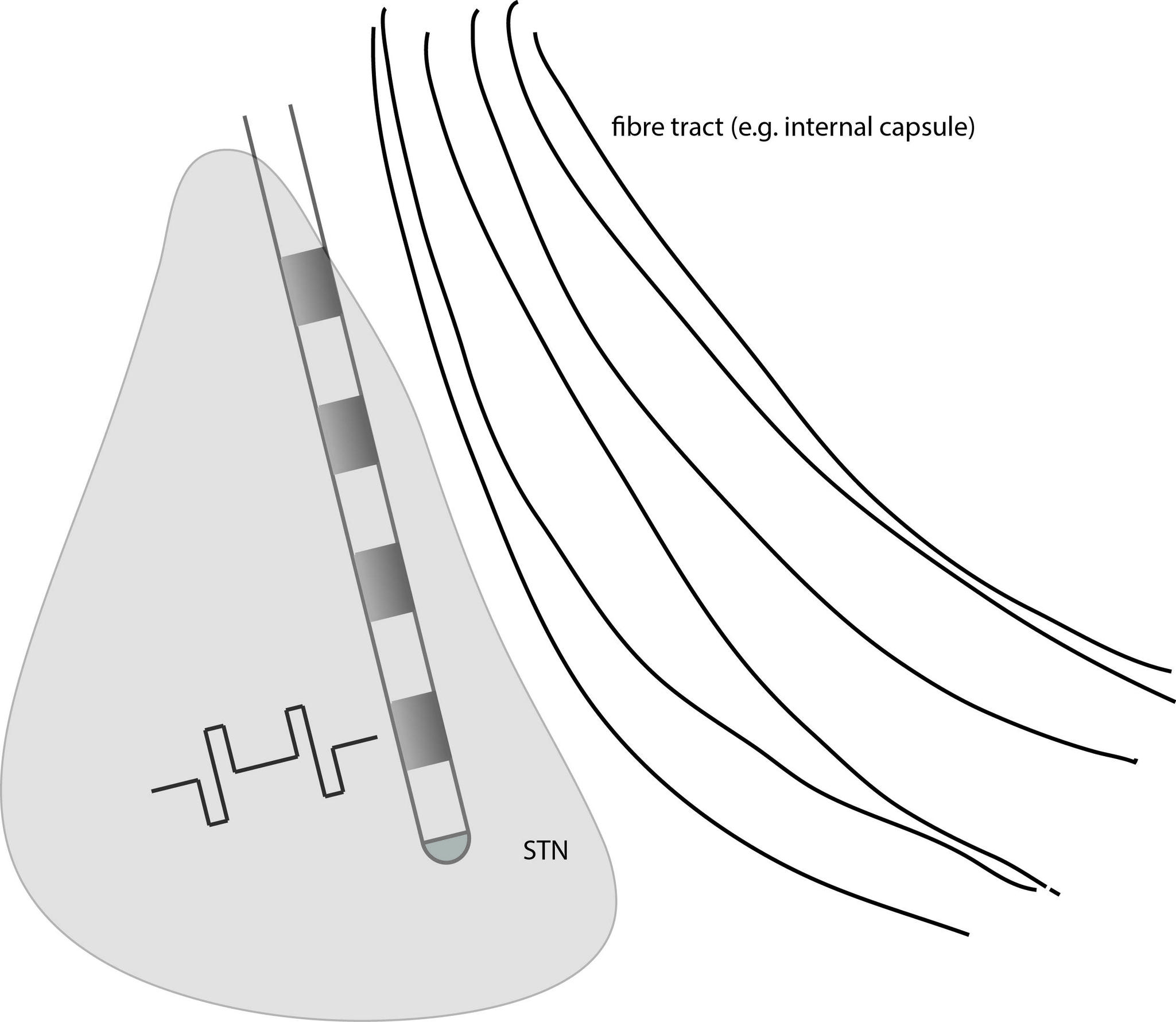 Browse other questions tagged electrical-stimulation neuromodulation neural-engineering or ask your own question.

7
Why does an electric shock contract the muscle?
7
The concept of backpropagation in neural networks actually occurs in the brain?