Why did eukaryotic cells develop? [closed]

If eukaryotic cells can survive in extreme conditions, then why are their still prokaryotic organisms?

As far as I understand your question, the "development" of eukaryotic cells can be linked to the endosymbiotic theory Symbiogenesis.

This diagram only depicts a possible trajectory of evolution which is still unknown. 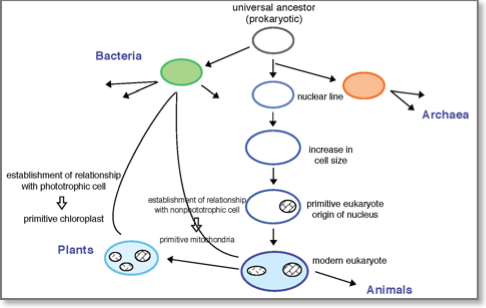 Not the answer you're looking for? Browse other questions tagged evolution cell-biology eukaryotic-cells prokaryotic-cells or ask your own question.