Is this a saltwater millipede?

I spotted this millipede-like creature in Hervey Bay, Australia at low tide, just kind of hanging out at the bottom of a small saltwater tidepool. 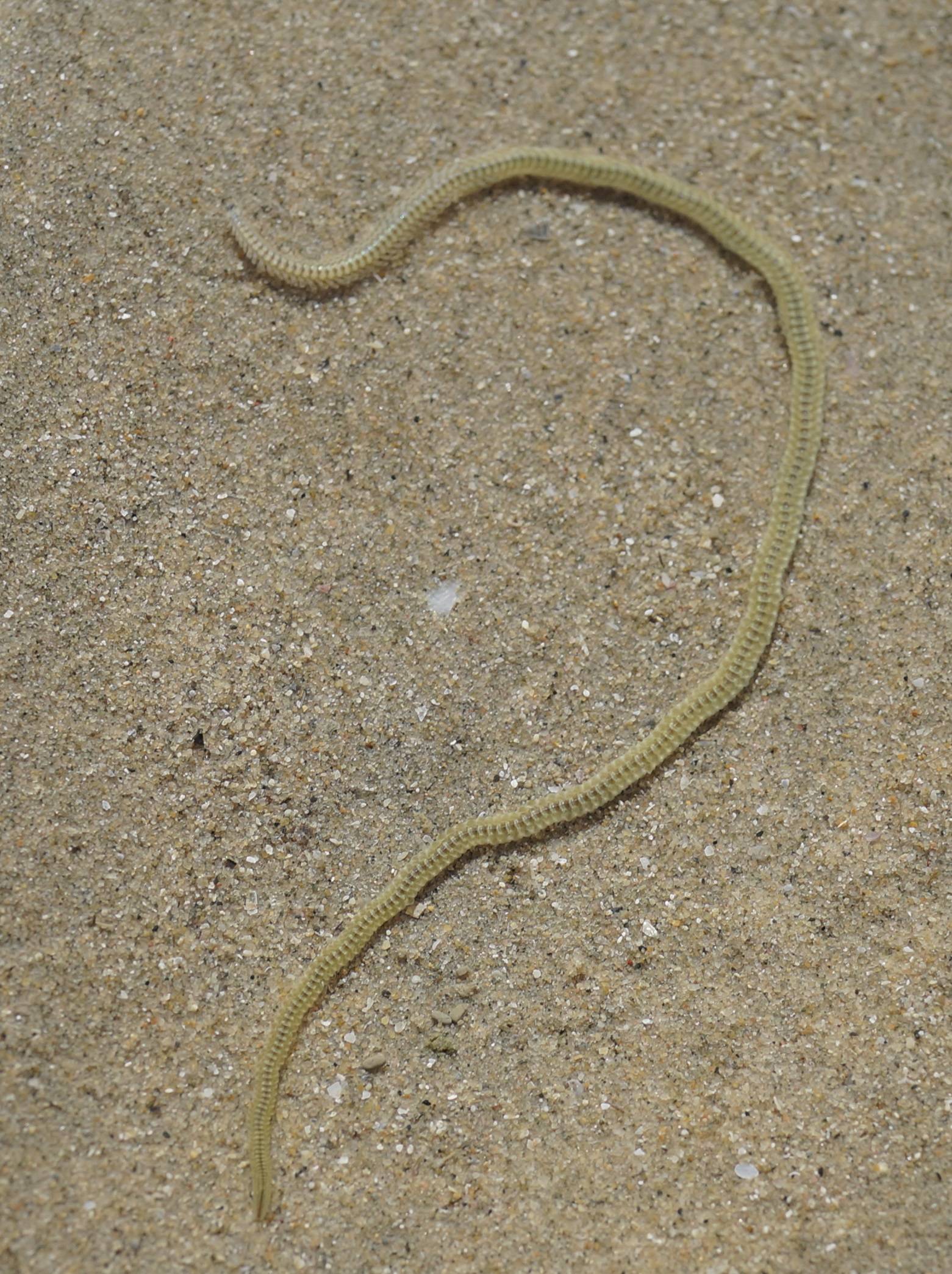 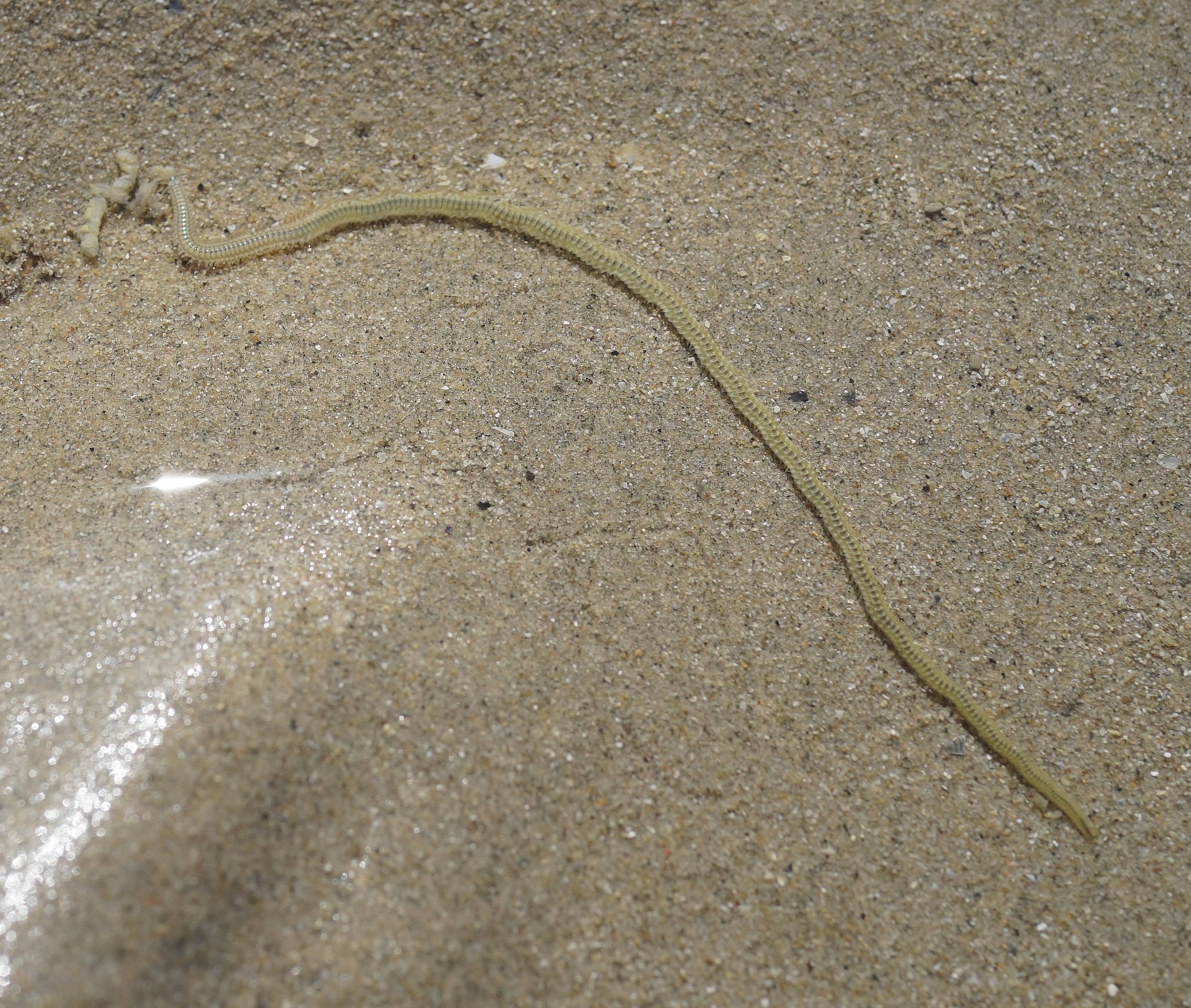 It's several inches long, composed of a large number of segments, each of which appears to sport a pair of legs.

Hard to tell from the photos, but the creature is aquatic and in both instances was observed moving around under about an inch or so of water. No specimens, alive or dead, were observed outside of the water.

They leave obvious trails behind them in the sand at the bottom of the tidepool as they move across it, and I assume they have some ability to burrow into the sand as I saw far more trails than I did creatures.

What are these things?

This is indeed a polychaete worm, and likely a member of the beachworm family Onuphidae.

From the Marine Education Society of Australasia :

Polychaetes are particularly common on and in muddy and sandy shores. Their most obvious feature are the pairs of parapodia appendages. One pair comes from each body segment. These parapodia are used for crawling and swimming. "Para" means "like", and "podia", "pod" or "ped" means "legs". These parapodia are often tipped with hardened spine-like setae or dorsal cirri.

You can find some good informaiton on beach worms here, and information on the distribution, abundance and population dynamics of various species here.

I'm sure a quick message to Dr. Pat Hutchings, the Austrtalian Museum's polychate expert, would prove to be be your best chance to get a species identification.

Not the answer you're looking for? Browse other questions tagged zoology species-identification marine-biology arthropod or ask your own question.

3
Identifying this spider
3
ID for red millipede swarm near my place
2
Saltwater fish identification
0
What arthropod is this?
28
What is this strange sea creature we found on the beach?
5
What is this large, lively barnacle?