I have been trying to insert a short sequence of DNA into a plasmid. I wanted to make two different versions, with the insert at different locations. I chose HinDIII and SalI sites approximately opposite each other on the plasmid and designed oligos with HinDIII or SalI sites, and of course extra bases on the ends to allow proper cutting.

The HinDIII version worked the first time, with few colonies on the empty vector control plate, and more colonies on the plates that received oligos during the ligation. I confirmed insertion by using the BpmI cut site the oligos just happened to carry.

However, the SalI version has failed every time I tried it. The empty vector control and all other plates are a just a carpet of cells. There are very few individual colonies, and the ones that exist don't look right, too small. I haven't even tried a miniprep, too likely to get an empty vector back. I did do a nontransformed control, where the cells were not given any DNA and were just directly plated. Those cells died, indicating it's not an issue with my ampicillin.

My hypothesis is that unligated empty vector outnumbers the correctly ligated plasmids, and that cells that pick up a copy of the unligated DNA somehow repair the cut, even though it's dephosphorylated. This is made more likely because I only used a single digest, so the plasmid has matching sticky ends, however the HinDIII version used the same strategy. I have been including a 1 hour 37 C SOC media incubation, which could allow the bacteria more time to carry out this repair. If I skip the incubation, maybe that would prevent unwanted repair.

I am testing this hypothesis with some additional controls, including transforming bacteria with empty vector that hasn't been treated with ligase to make sure the ligation reaction isn't the problem, as well as using the previously ligated DNA without the SOC incubation. I will report that data as it becomes available. I am short on competent cells, so I can't do much else right now.

Also, what do you think about treating the ligated DNA with klenow to blunt any remaining sticky ends before transformation?

EDIT: I have the data for the transformations that skipped the ligation and SOC media incubation. Skipping the incubation did not change anything, neither did skipping the ligation. All plates continue to show a carpet of cells.

As per WYSIWYG's suggestion, I tried the digest and dephosphorylation again with SalI and ran a gel. The gel showed that SalI was less than ideal at cutting this plasmid. 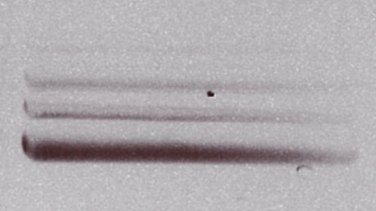 As you can see, the most intense band is the bottom band, which is most likely supercoiled DNA, with the linear DNA I want appearing in the middle, and open circle DNA coming in third. I very carefully cut the middle band out and did a gel extraction. When I ligated this the control plate had 1 colony. Unfortunately, the experimental plates had between 2 and 6 colonies each. I am running minipreps on those now, will just have to see what I get.

This explains why the previous attempts produced so many colonies on the control plates, most of the DNA was uncut, so no amount of dephosphorylation would help it.

One thing that does bother me, is that my gel extractions seem like they have had really poor yields. I typically start a digest with 4 ug of plasmid. After phenol:chloroform extraction and isopropanol precipitation, I'll usually recover 2 - 3 or more ug of DNA. After gel extraction, I'm lucky to get 300 ng of DNA. To make things weirder, the liquid that comes off the spin column in the final elution step will gel up, like a low density agarose gel. The only explanation I can come up with is that residual agarose in the spin column is somehow forcing its way through the membrane and into the elution buffer. The goo clogs pipette tips and makes life difficult.

Not the answer you're looking for? Browse other questions tagged plasmids transformation ligation or ask your own question.

4
How does blue white screening work in selecting E coli that have taken up a plasmid vector?
3
Problem with bacterial transformation with electroporation
6
How does heat shock transformation work?
6
What happens after the purification step in Hi-C sequencing?
2
What are the possible reasons to get extra unrecognized band in agarose gel electrophoresis?
2
Large plasmid ligation: do I need alkaline phosphatase?
3
Can bacteria pick up lethal plasmids?