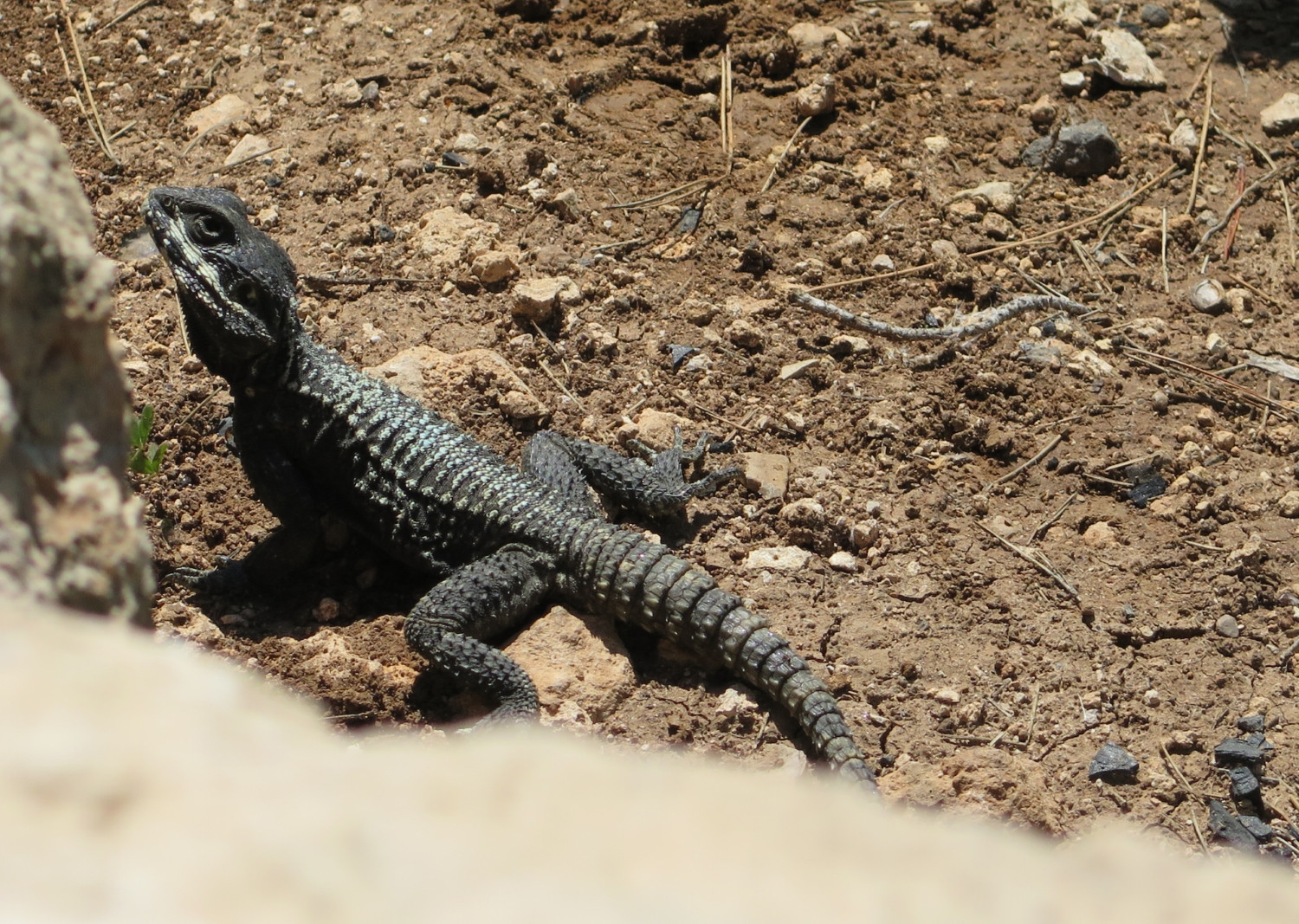 I managed to photograph a lizard in Haruvit Forest, Israel. I would like to know - what lizard species is this? Size appr. 20-25cm

Like many agamids, stellions can change color to express their moods. They bask on stone walls, rocks, and trees. They are usually found in rocky habitats, and are quite shy, being very ready to dive into cracks to hide from potential predators. 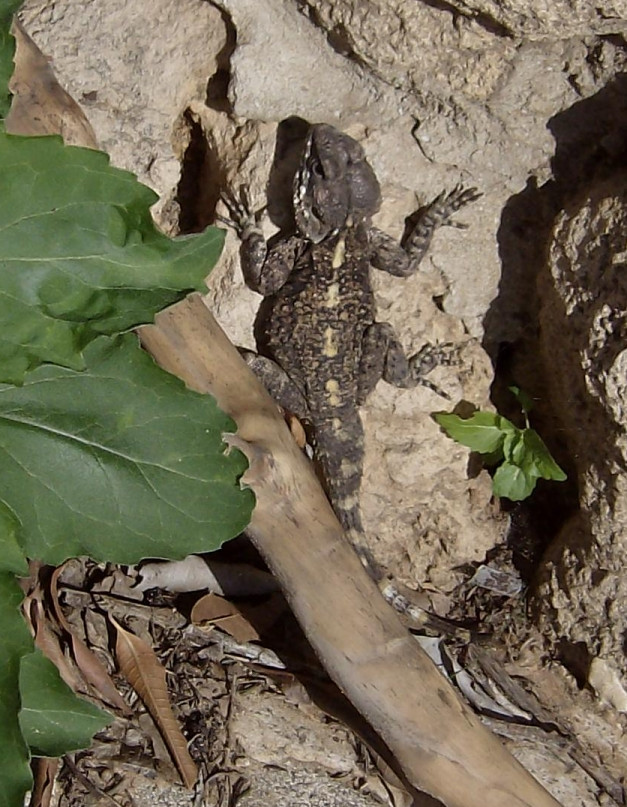 The most commonly seen local lizard where I live in central Israel is probably the roughtail rock agama (laudakia stellio stellio), known locally as a hardon or hardun. They are rather sinister looking with rough dark armoured skin, but perfectly harmless. If frightened they run away and hide in the crevice of a rock or tree, inflating their skin and opening their mouth wide to wedge themsevles into the space, making it impossible to dislodge them. Sometimes I see a large dark male surveying his territory from the top of the nearby water tower.More usually they are to be seen during the warmest times of day sunning themselves on rocks, to the extent that it seems that each rocks has its own resident hardon, and believe me, this country is full of rocks, and that makes for a lot of these lizards... 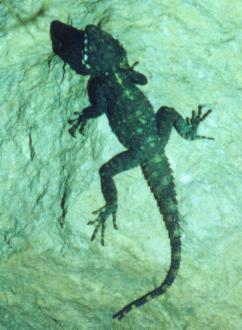 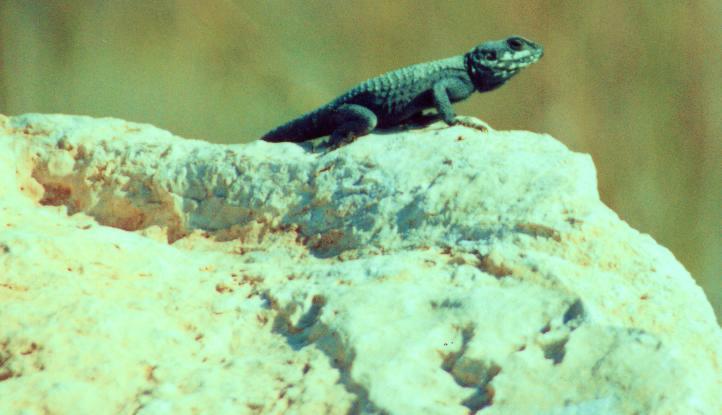 Not the answer you're looking for? Browse other questions tagged species-identification zoology herpetology or ask your own question.