How only one follicle develops into graffian follicle?

I've studied that one out of many follicle develops into mature or graffian follicle. The fact which confuses me is that, since all follicles are in same ovary, close to each other with equal supply of nutrients. What causes the other follicles to give up the race? Why our body cannot develop mature follicle from a single one? 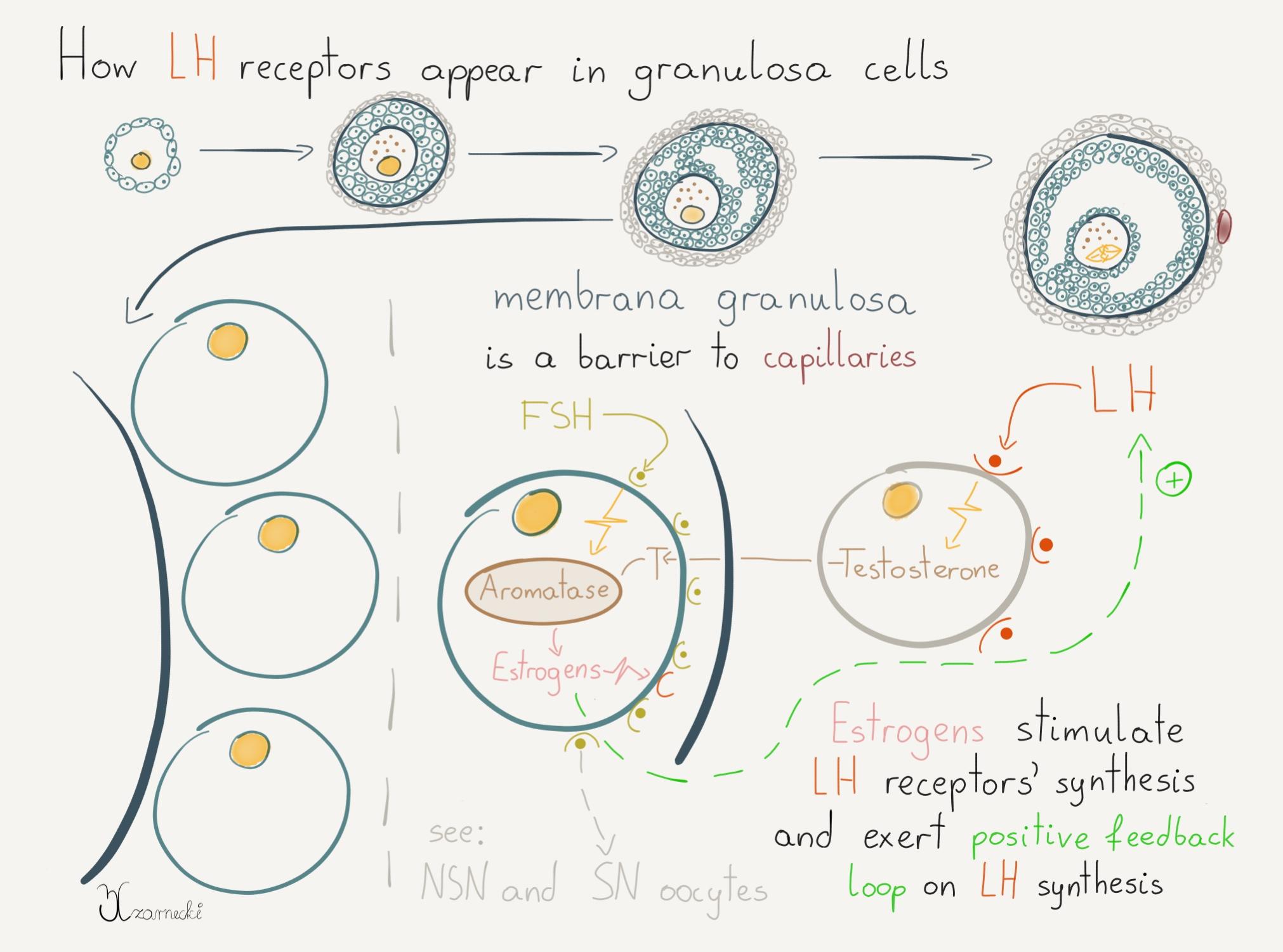 FSH also stimulates granulosa cells to proliferate, providing the whole follicle with a large number of FSH receptors and increased production of aromatase and at the same time stimulates the follicle to finish meiosis I. Eventually one of the growing follicles will have enough FSH and LH receptors on the granulosa cells to become able to respond to large surge of LH, which results in ovulation. The rest of the follicles that started to develop degenerate due to insufficient number of FSH and LH receptors. The fact that FSH and LH concentrations drop rapidly after ovulation also halts the development of remaining follicles.

The follicles that did not receive enough FSH, won't grow to the point, where granulosa cells start expressing LH receptors and they won't pass through the 1st meiotic block, therefore they still may be activated in the next month. Those that did pass the 1st meiotic block but couldn't be ovulated, will degenerate.

It is still unclear whether there are some additional mechanisms that help the atrophy of underdeveloped oocytes.

Not the answer you're looking for? Browse other questions tagged reproduction development embryology or ask your own question.

3
Corpus luteum during the luteal phase and gonadotropins

4
How long do zebra fishes remain transparent?
1
Why are so many spermatozoa produced when only one of them fertilises the ovum?
9
Can only fully matured sperm fertilize an egg?
2
How does axon guidance system precisely targets specific axons?
0
Primitive streak being only present in caudal half of embryo affecting gastrulation?