What happens to a snail if we cut off its antennae?

First off, I don't know why snails have antennas. Are they eyes? And what if we cut those antennae off? If they are like eyes, could a blind snail survive somehow?

Marine gastropods could only become more mobile, when their abilities of sight had improved. This happened, when the eye cup deepened and the visual opening narrowed. An effect was the result, which in historical time was used by the so-called pinhole camera: A picture of sufficient sharpness can be displayed by reducing the camera's aperture to the size of a pinhole. The smaller the aperture, the sharper the picture. But because there is only a small amount of light falling through the pinhole, the image will be quite dark. Besides, the displayed area of the image is very limited. 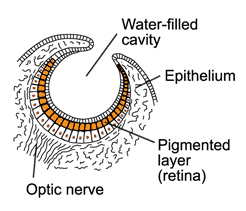 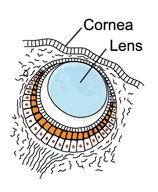 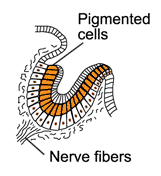 From left to right: Pinhole eye of an ormer, A Roman snail's simple lens eye, A limpet's cup shaped eye

Could a blind snail survive?

There are even some types of gastropods which are naturally born blind such as:

This animal is white, there are two pairs of tentacles, but eyes are lacking. 4 The shell is long and narrow, up to a maximum of 5.5 mm and a width of 1.2 mm.5 The shell is colorless, glassy and transparent when it is fresh, a somewhat opaque milky-white when it is not fresh.

Snails which are visually impaired are not limited in their ability to move, however, and can easily navigate their habitats through their sense of touch and smell. 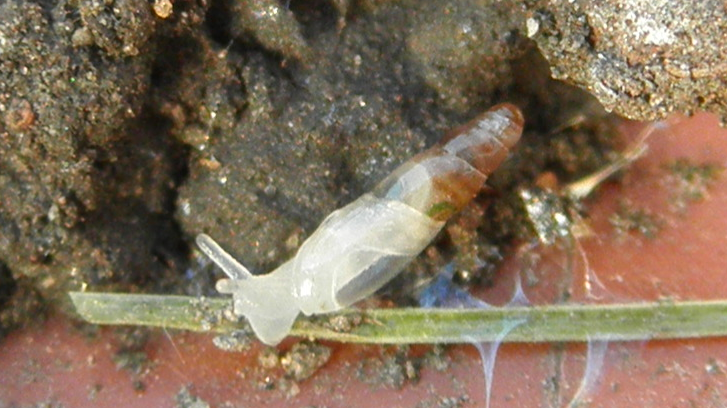 Regarding the ethics of your "investigation", I'd recommend to just not do it.

Not the answer you're looking for? Browse other questions tagged zoology invertebrates sensory-systems or ask your own question.

9
What happens to snakes that swallow rodents as a whole?
9
What is this beetle and what are the strange antennae for?
2
How are chickens affected by light?
15
Why do snails come out after the rain?
4
How can some animals see ultraviolet or infrared light?
23
What are these bladder snail parasites?
5
What's the relationship between snail movement and rain?
0
What is this African bug?