How to read this DNA inversion diagram?

In the following diagram about chromosome inversion, I don't understand: 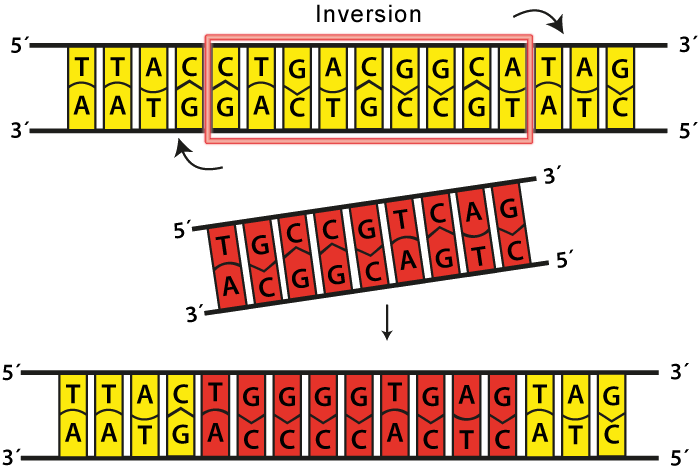 Your misunderstanding probably stems from the differences of definition of inverse in bioinformatics (reverse) and cell biology/genetics.

What is shown in the picture is chromosomal inversion, in which the segment of DNA gets cut, flipped and ligated. Note that in the DNA, 5' would be ligated to 3' and vice-versa. So the 5' of the bottom strand i.e. T is ligated to the 3' of the top strand i.e. C. Similarly for the other ends. Therefore, you see a reverse complementation.

The sequence of the top strand however should have been 5'-TTAC-TGCCGTCAG-TAG-3' which has been incorrectly shown as 5'-TTAC-TGGGGTGAG-TAG-3'. That is a mistake in the picture. 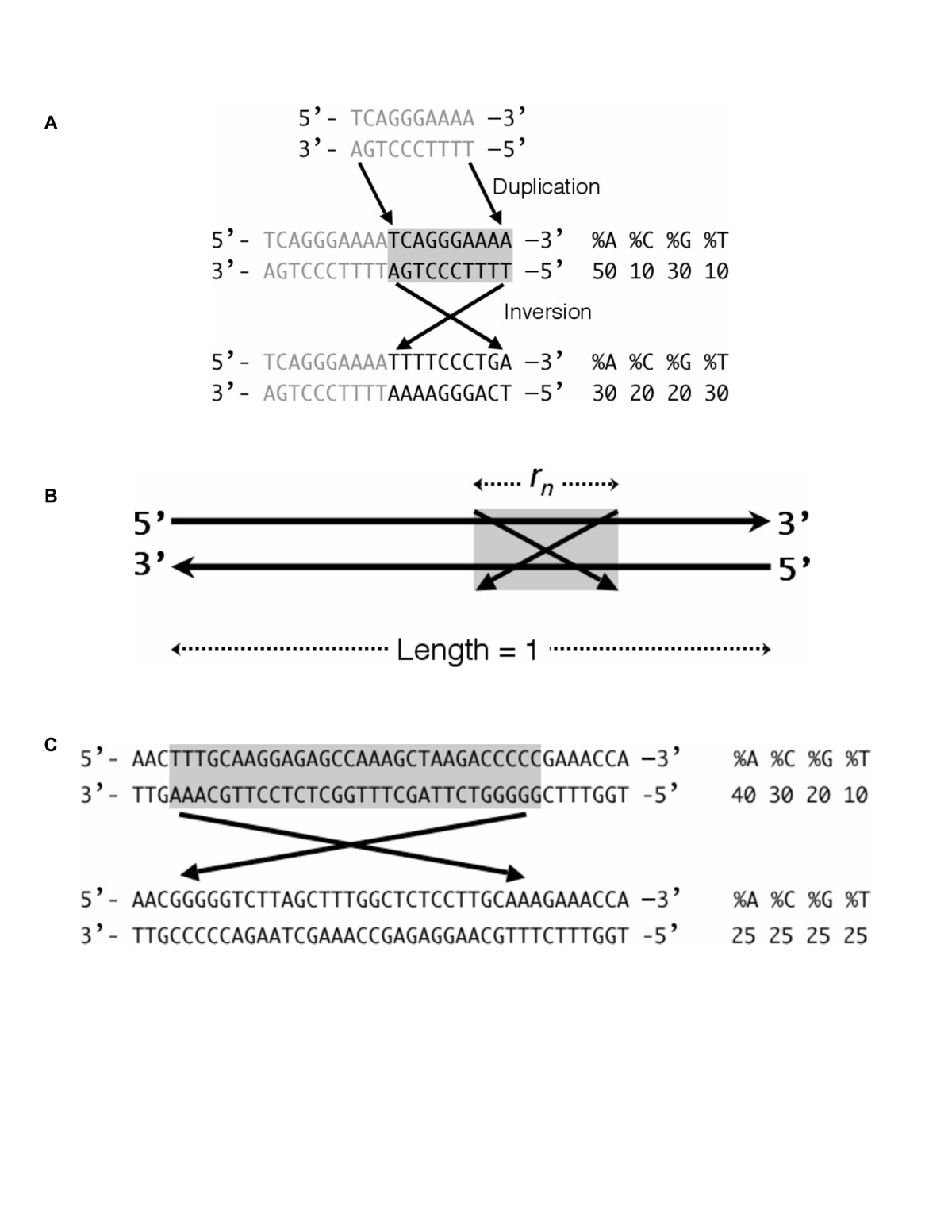 10
How is DNA Read
6
Why aren't genetic triplets roughly evenly found in DNA?
2
Degree of complementarity
3
To what extent is the genetic code more than just a code?
1
What sequences are between adjacent genes?
2
Why does chromosome inversion happen?