What is this bird of prey with white belly?

This bird was around the house in northern Switzerland (alt: ~700 m) on January 17th 2016, and I am just wondering what kind of species it is. 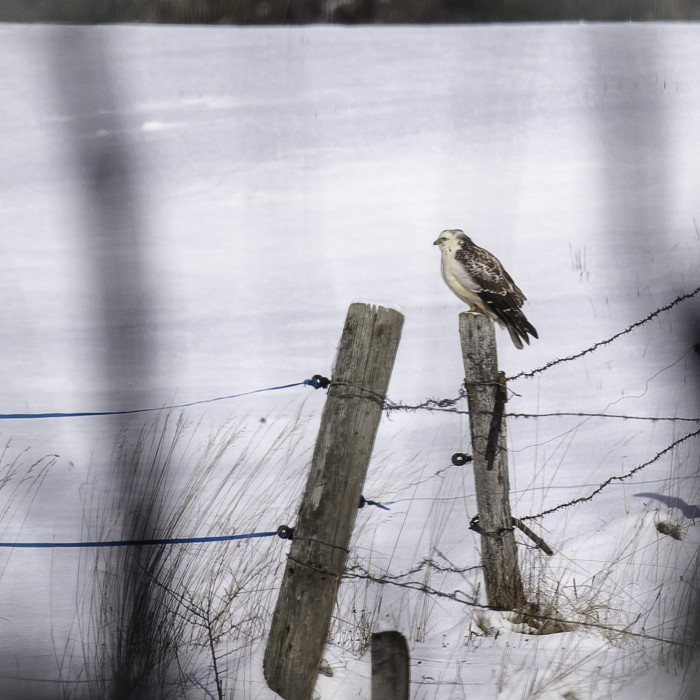 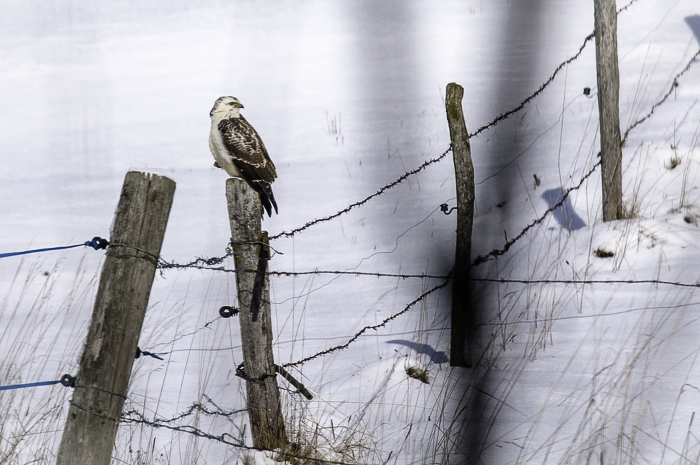 The legs are yellow and the under (I do not have picture while flying, but saw it just before) is almost all white with just a black (or dark) stripe on the end of the tail.

For me it looks like a nordic species of Buteo buteo but can any specialist confirm it?

I think your identification is correct - this is a juvenile Common buzzard (Buteo buteo), which have a lighter coat than the grown-up birds. See this image (from here), which also shows a juvenile bird: 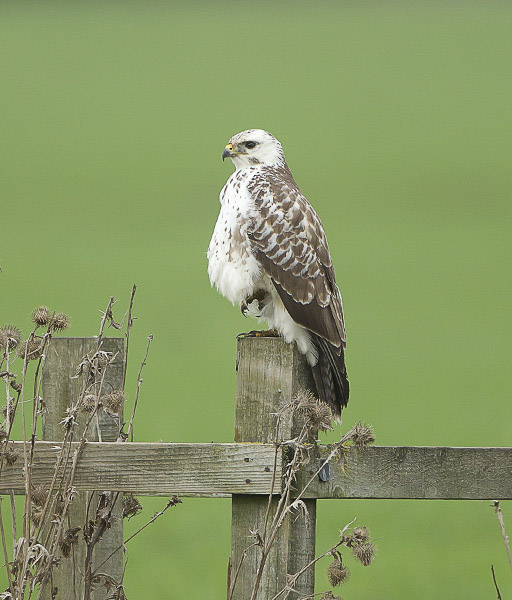 Belonging to the Accipitridae family, which consists of ~32 birds of prey in Europe, Buteo buteo is a fairly common bird of prey through much of Europe. Resident up to Northern limits of approximately Britain, Denmark, southern Sweden, Northern Germany, Poland, Belarus, and Ukraine, and through to the Southern limits of Europe. Also found in summer in Eastern Europe, Western Russia, Finland, and most of Sweden. Therefore, your location is within the typical range. Often seen in farmland, marshes, etc. which it uses as hunting grounds for small rodents, rabbits, birds, frogs, lizards etc. and seen perching on poles, posts, and other man made structures, just like in your picture.

The wingspan is between 1.1 and 1.4 metres, making it medium-large relative to many European birds of prey. It has a short neck and medium length of tail which is fan shaped when the bird is in flight, and the tail is about as long as the wings are wide (distance between front and back edge of wings). In these pictures you can see an adult first, and a juvenile. The juvenile has a much lighter colour, and has distinctive black markings on the leading edges of the wings, shaped like commas or speech-marks. Common Buzzards also have dark tips to the tails and wings, becoming much more prominent in the adult, and yellow legs and beak. 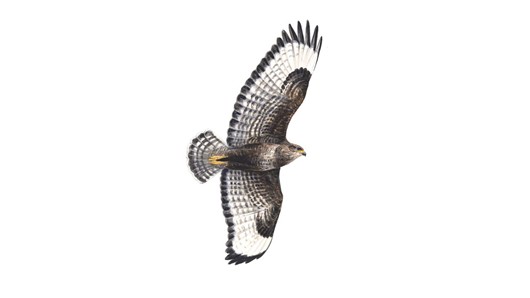 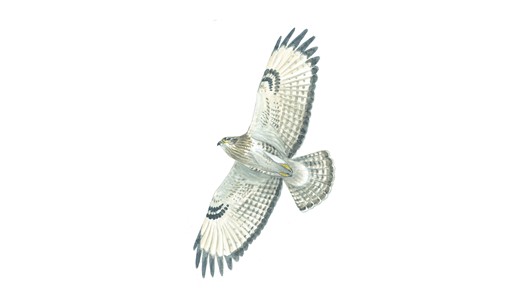 See the image in Chris' answer for a picture of juvenile in a similar pose to the one you saw. This answer is here to provide more general and in-depth tips for identifying the Common Buzzard made in complement to Chris' answer.