We found this on a beach at the Perhentian Islands, Malaysia in March, 2016 and cannot identify it. It's some sort of worm-type creature with many legs and bluish back about 15cm long. The legs undulated along the body as it swam. 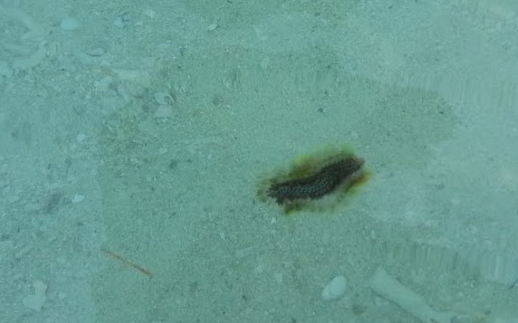 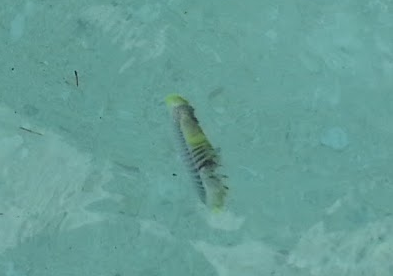 It's hard to identify from the photos provided, but I think it is Chloeia flava (a species of polycaete worm, within the phylum Annelida), also known in English as the "Golden Fireworm". The size is roughly similar to what you describe (they are typically about 7-10 cm long). The individual you observed looks like it lives in sandy bottom environments (not a typical environment for a nudibranch), and this worm does also. It is commonly found all across the warmer Indo-Pacific as well, and looks like the individual observed in your photo.

If it is not this species, I think it is another species of the same family, Amphinomidae. 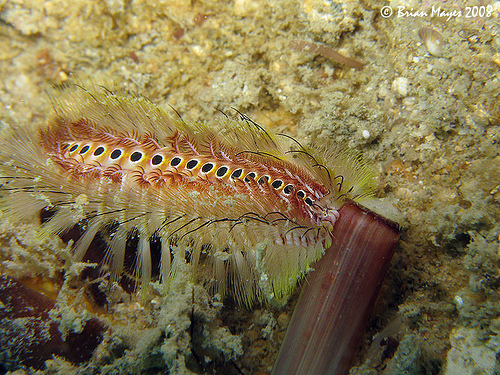 Not the answer you're looking for? Browse other questions tagged zoology species-identification marine-biology invertebrates or ask your own question.

21
Identifying a creature that appears to be a worm wrapped in a cocoon
18
Help identify this worm-like thing
9
Identify a small bug, possibly a plant bug?
5
Species identification - what kind of worm is this?
6
What is this white/translucent with brown back, larva/worm creature I found, in the UK, on my lettuce?
5
Insect identification - Possible grasshopper or grass beetle
23
What are these bladder snail parasites?
0
Help with identifying creature found in brazilian beach
1
Arthropod identification request (a spider with no legs?)