Is the increased/decreased enzyme activity (tyrosinase) caused by an environmental factor (UV radiation) considered to be gene expression?

My AP Bio assignment asks that I research the effects of UV radiation on melanin production, but the directions and questions suggest that UV radiation influences gene expression. From what I could find, such as on this university site or this abstract on NCBI, it seems that UV-B radiation directly affects the enzyme tyrosinase, which is responsible for producing melanin from tyrosine. So here is what I'm wondering: is our lesson wrong in stating that UV radiation affects gene expression, since it seems that it actually affects enzyme activity?

Most of what you find on ultraviolet light and melanin will be somehow related to melanomas, the formation of which does involve gene expression, so it's important to keep the two separated.

Ultraviolet light does cause proliferation of melanocytes, which cause the skin to darken. Melanocytes impart melanin to keratinocytes; these cells then are what give you a tan. The keratinocytes undergo constant turnover, so are eventually shed, and in the absence of continued exposure to UV radiation, there is no need to keep producing melanin-heavy keratinocytes. 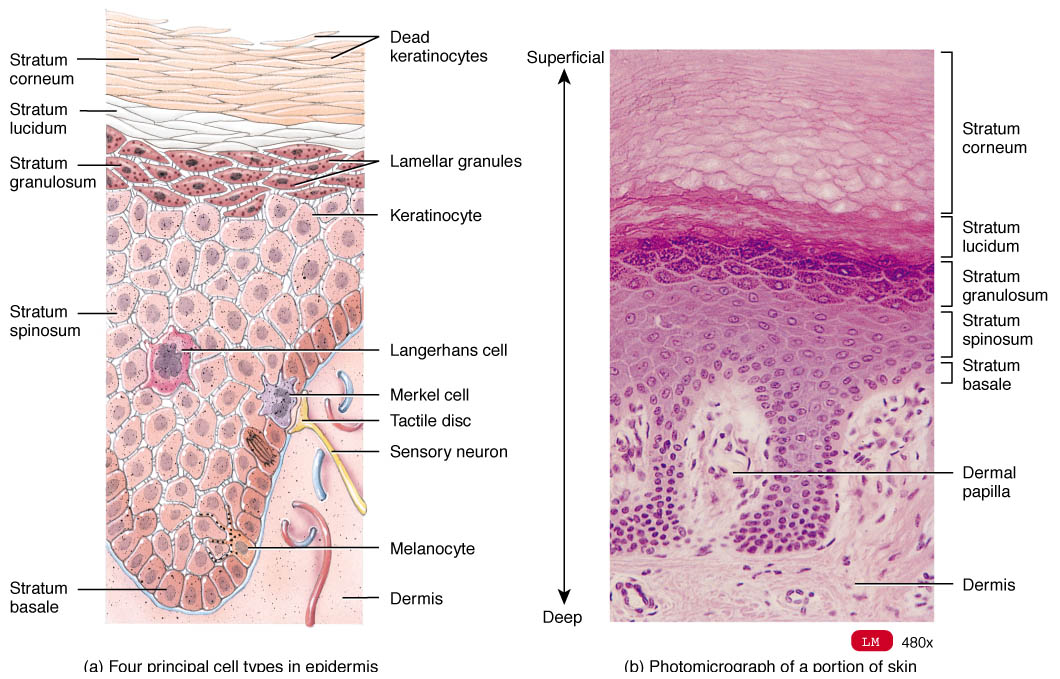 The keratins and proteins within the stratum corneum act mainly by scattering and absorbing the UV. UV-R sets in action an integrated mechanism for the formation and delivery of melanin within melanosomes from melanocytes to keratinocytes. This mechanism is probably triggered by keratinocytes, which respond to UV-R with bursts of mitoses and with increased production of ET-1 and POMC, thus creating a new demand for melanosomes. The mitotic rate of basal keratinocytes increases a day after UV exposure, reaches a maximum 2 days later, and maintains this level for ∼1 wk. It then declines, and the skin regains its original thickness after 1–2 months if there has been no subsequent exposure.

Continued exposure to UV light stimulates the melanocytes to grow. This increases the chance of the development of melanomas. Since skin cells containing melanin are shed (there's no getting around that), in light-skinned individuals, keeping a tan is to keep injuring the skin and risking carcinogenesis.

Melanin Pigmentation in Mammalian Skin and Its Hormonal Regulation
Human skin pigmentation: melanocytes modulate skin color in response to stress
Mechanism of UV-related carcinogenesis and its contribution to nevi/melanoma

Since @anongoodnurse already nicely covery the effects of UV radiation on the cellular level, I will only have a look on the molecular level.

UV radiation of the skin causes increased DNA damage and thus activity of p53 in the keratinocytes of the skin. This causes (amongst others) the production of Kitl (Kit ligand, binds to the Kit receptor) and POMC (Proopiomelanocortin) which is later processed to ACTH (Adrenocorticotropic hormone) and the different MSH-forms (Melanocyte-stimulating hormone). These act on the MC1R (Melanocortin 1 receptor) on the surface of the melanocytes and induce pigmentation. See the figure below from reference 1 as illustration: 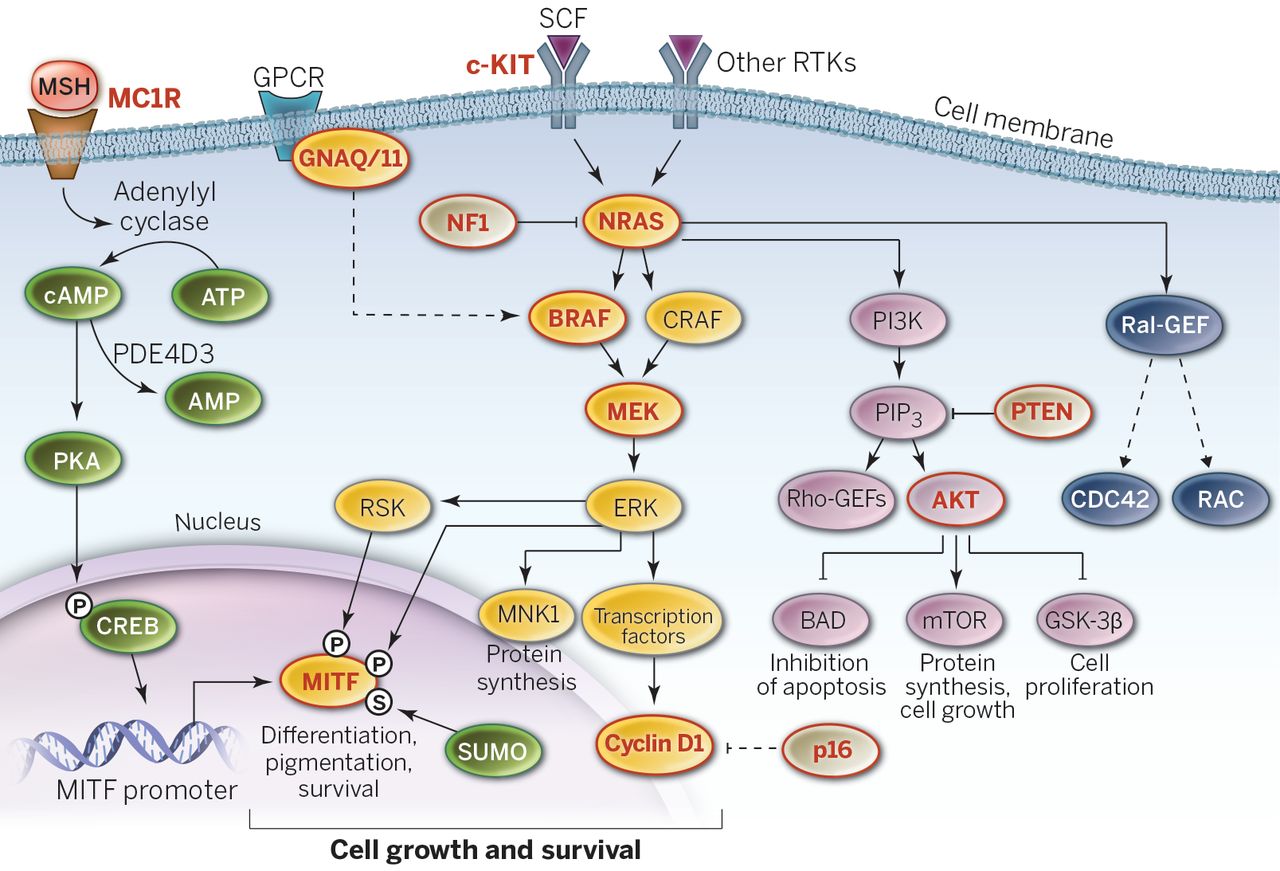 This upregulation stops when there is no further signalling down from the keratinocytes and eventually the Tyrosinase will be degraded due to normal turnover of the enzyme. Since no or only little is made without the right stimulus, this causes a stop or reduction in the pigment production. This happens when you get less UV light on your skin which happens for example in the winter time in Europe. Shedding of the upper layers of the epidermis then leads to the loss of the pigmented keratinocytes which makes persons lighter.

Not the answer you're looking for? Browse other questions tagged gene-expression or ask your own question.