Why are plant cells rectangular and animal cells spherical shaped?

Is that because the plant cells have cell walls and animal cells don't, or is there a function performed by the different shapes? Perhaps round shapes assist the movement of cells?

Generally all (animal) cells have different shapes because they do different things. Each cell type has a specific role which it has to play in order to assist the body in working efficiently and functionally. Thus their shape supports them to carry out these roles effectively.

They are often square shaped/rectangular because it is easier to build a "brick wall" (cell wall) out of rectangular bricks. Any structure that minimises interstitial space will hence allow more "life", thus possibly making it stronger.

This is also due to:

Plant cells are not necessarily square, but they due tend to have distinct edges and be somewhat rectangular. This structure is caused by the cell wall which is very rigid and therefore forces the cell to have a defined shape.

However there is one exception I could think of, and those are pavement cells, they're neither round nor somewhat spherically shaped. Pavement cells are a cell type found in the outermost epidermal layer of plants. 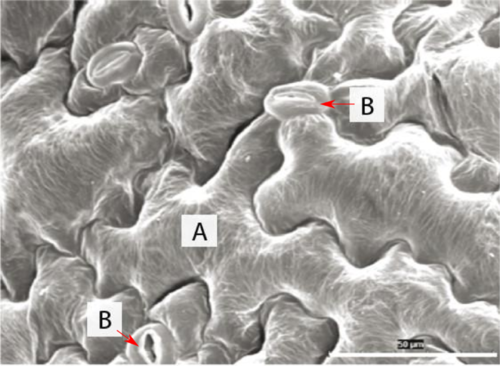 14
Do animal cells have vacuoles?
2
Exotic Cell Shapes
6
Are There Exceptions to Animal Cells not Having Cell Walls?
1
Does plasmolysis kill plant cells?
3
Why don't cells of aquatic animals burst?