Does anyone know the explanation for branches with different flower colors (see picture)?

As you can see in the below picture, there's a branch with white-colored flowers, while the rest of the tree has pink flowers. 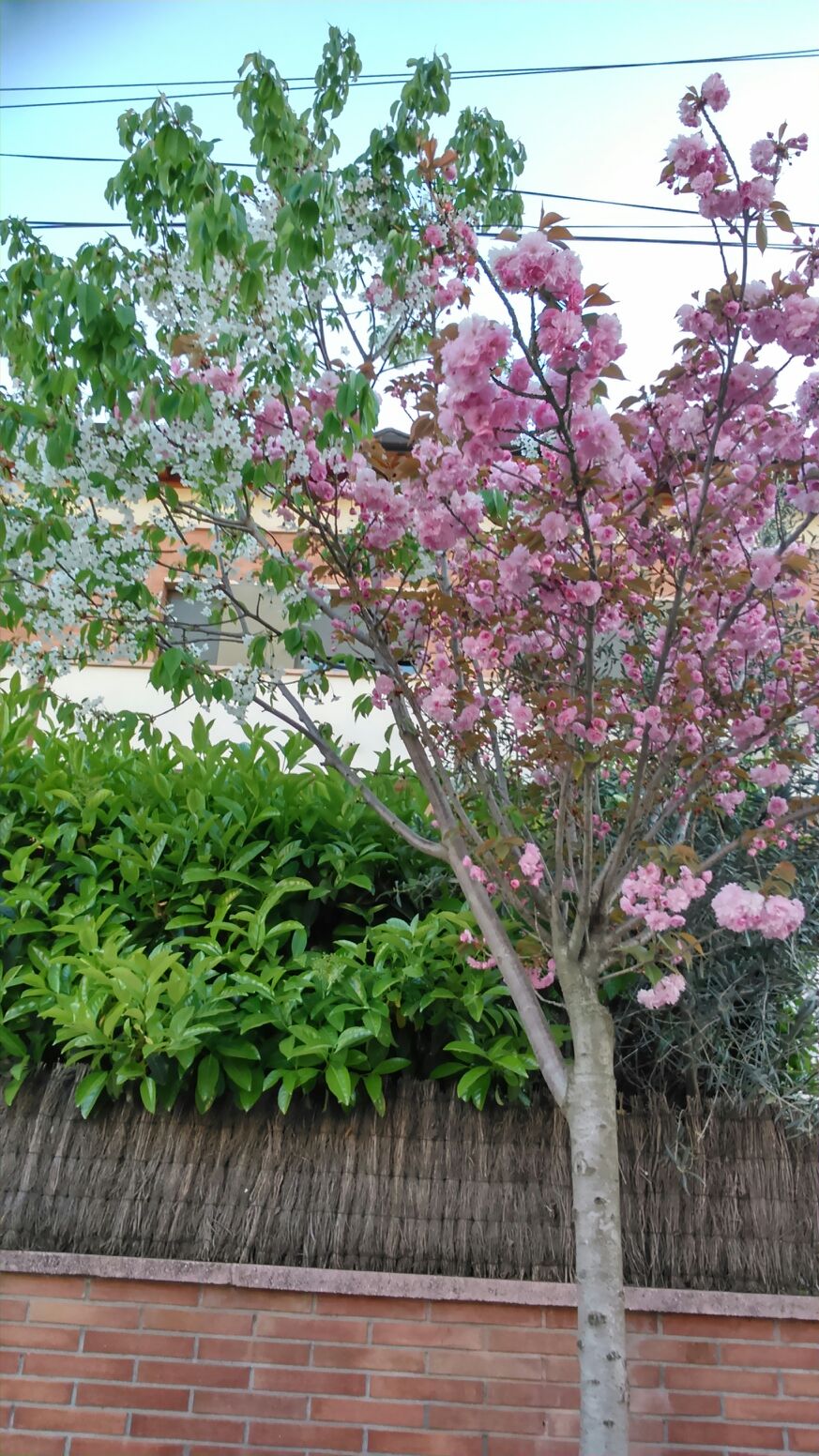 I googled a number of questions but it is a bit complicated to formulate in a search. Plus I have no background in botany or even biology.

All are grafted plants and mainly on wild cherry (gean) rootstock. Such trees should be planted with the graft union above ground level. Seed, rarely produced, will give rise to new hybrids.

This is a picture of an ornamental cherry of the pompom variety: 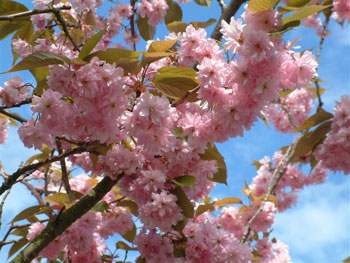 My guess is that the tree in your picture sent a shoot off the main trunk under the graft site, resulting in a branch of native cherry, which is mostly white and a much simpler flower than the ornamental variety that was grafter onto it. Another possibility is that two different specimens were grafted onto the same stock (but since the white blossoms are very simple - like a wild cherry - I would guess the former occurred.)

This is a picture of a wild cherry (gean): 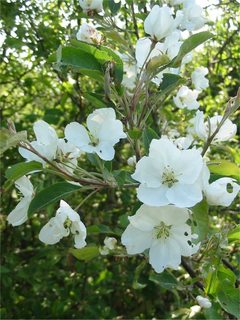 So you have the grafted ornamental cherry blooming alongside of the rootstock cherry it was grafted to.

The rootstock (although usually wild cherry) can vary, so... can't identify with certainty the rootstock, but can explain what you're seeing.

It's not rare, but it's not usually desirable. Some newer growers are grafting several varietues of cherries onto the same rootstock to intentionally produce a tree with different kinds and colors of flowers. See, for example, this artist's work.

There is a bougainvillea variety called 'Surprise', which puts out bracts either white or magenta in color, though I believe all of the actual flowers are white.

Not the answer you're looking for? Browse other questions tagged botany plant-physiology dendrology or ask your own question.

1
Do non-green flower colors have any functional interactions with the sun?
5
Can anyone ID this flower plant by the photo?
2
Identify this plant from the Netherlands with big white flower
5
What would be a reason for a tree to have flowers of different colors?
4
What is the name of this big tree with look of banyan branches?
2
What is the name of this plant with leaves having two different shades of green?
1
Does anyone know what this purple plant is? (picture taken in Turkey)
1
What is the genetic reason that this flower has petals of two different colors?